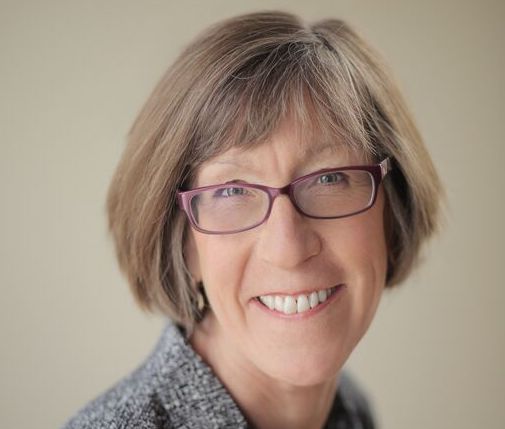 She’s been the Cheshire Cat on a Disney float in the Macy’s Day Parade. For various public relations stunts throughout her career, she’s dressed as a salmon, Mary Poppins and a pirate. She also just finished up her eighth position and 14th office at Westminster College. But these days, you can find Dana Tumpowsky, the new executive director of Hillel for Utah, in the basement of Shaw.

Tumpowsky has officially occupied her position as director of the newly expanded Jewish campus organization since July, but how she ended up there is a bit of a journey.

For the past few years, Tumpowsky had been volunteering with Hillel as an advisor, fundraising and creating a Hillel space for Utah on Westminster’s campus. Hillel for Utah offers a place for Jewish and non-Jewish students to learn about Jewish culture, participate in Shabbat experiences and engage in service opportunities.

“It was starting to blossom in terms of students and student involvement,” Tumpowsky said. “I couldn’t spend a lot of time on it because it wasn’t my job, but I kept seeing the potential in Hillel.”

In January, Tumpowsky’s position as director of alumni and parent relations at Westminster College was eliminated. For Tumpowsky, this disappointment turned into an opportunity when one of Hillel’s major donors created a permanent position for her.

While thinking about her new job, Tumpowsky made an amendment to her original statement.

Leah Weisgal, sophomore and president of Hillel for Utah, said she thinks that’s exactly what Tumpowsky has succeeded in doing.

“She is an idea machine,” Weisgal said. “She will literally just throw ideas on us and let us pick. She really wants us to carry out what we see as important, and I think that that style of leadership and being able to foster that kind of leadership in others is what other people should strive for.”

One of the most popular ideas that has come out of Hillel for Utah is Bagel Mondays. Those interested in getting a taste of what Hillel is all about can get a free bagel any Monday from 9 to 10 a.m. at the Hillel space in the basement of the Shaw Student Center.