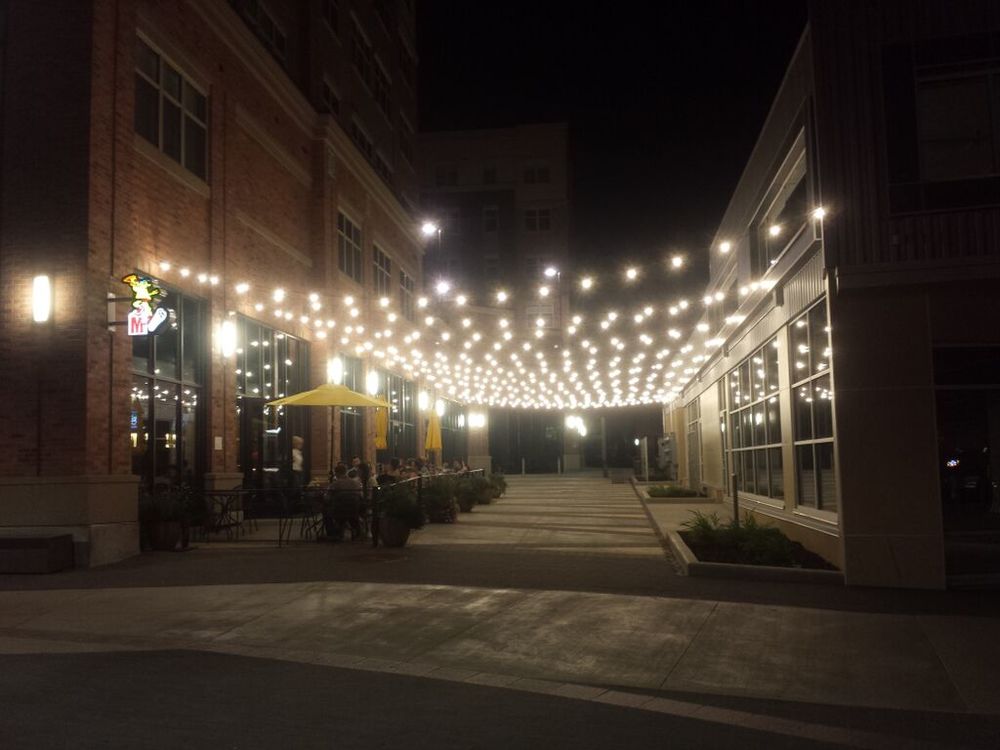 Guests seated underneath the lights enjoy the Mellow Mushroom’s outside dining. This lighted walkway is located between 1100 E. and McClelland St. in Sugar House. Photos by Nicole Gamble

During this past year, Sugar House underwent construction on 2100 S. between 1100 E. and McClelland St. to create more sidewalk area. After construction was finished, hanging lights were added to a previously plain walkway.

The walkway is located between the Mellow Mushroom and The Annex by Epic Brewing, allowing for people to easily park and walk around.

For instance, ask Megan Nelson and Vivian Bentley, two women found by the walkway one evening.

“I feel like it’s a hidden treat for the eye,” Nelson said. “I actually know friends who’ve taken pictures in front of it.”

Before commenting, Bentley spent a minute observing the walkway in front of her.

“I like lights; they’re just nice,” said Bentley, looking at the display.

Nelson and Bentley aren’t the only ones who spent their evening appreciating the view.

Peterson stood by as her daughter played in the water next to the walkway.

“I think [Sugar House] is getting better,” Peterson said.

After the sun goes down, grab a bite to eat and swing by this ‘hidden treat’ to discover what people are talking about.