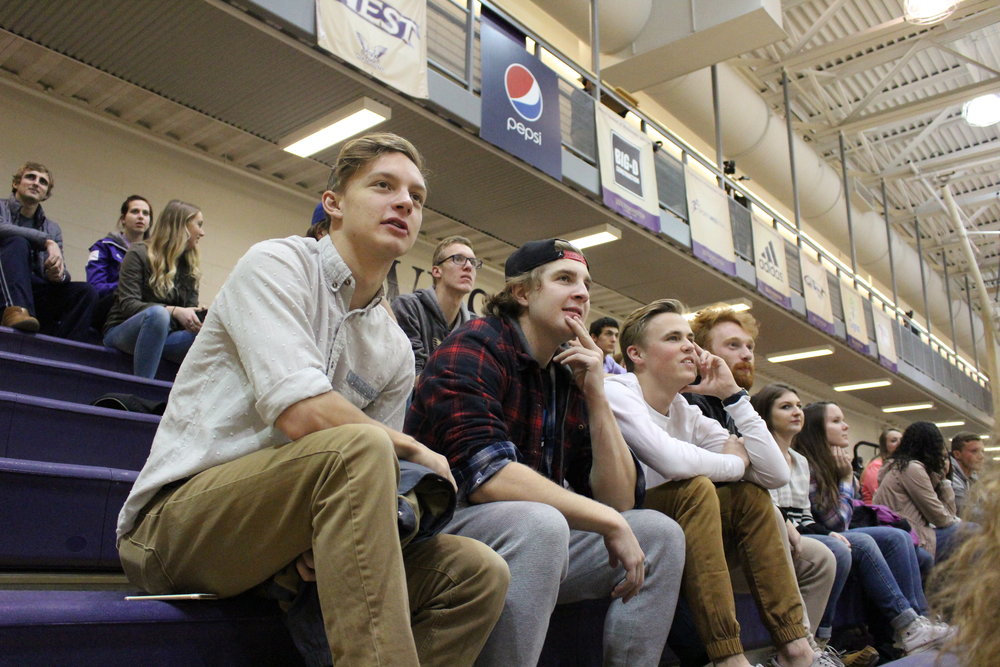 At colleges and universities across the country—from Ohio State University to Alabama University to the University of Utah—students turn out in waves to hang out, drink beverages (use your imagination as to what they drink) and grill before going to a sporting event in a pre-game festivity commonly known as tailgating.

Getting students to attend a tailgate for free food and beverages is the easy part—but getting them to stay for an athletic event has been a challenge, according to Westminster Athletic Director (AD) Shay Wyatt.

“Well, we’ve tried a lot of things, so if you have magic formula please let us know,” Wyatt said with a chuckle. “We’ve had some exceptional student turnouts… the challenge being is that it’s been inconsistent.”

Have they tried giving free tuition or a free selfie stick to students who attend a home game? It’s just a suggestion.

Though it’s a fantasy to imagine giving free stuff to all of the students who attend home games, realistically some students said they enjoy attending athletic events to support their fellow classmates or to blow off homework.

“I’ve been to a lot of the soccer games, and I’m trying to go to all of the basketball games because it’s always fun and a good time to step away from homework,” said first-year student Lasana Trawally from Salt Lake City.

Even with the attendance problem, Wyatt said he enjoys the game day experience when a bulk of students attend.

“When our students do show up, it’s a fantastic atmosphere,” Wyatt said. “It’s very noticeable.”

“The line was out to the parking lot and it was one of the most amazing events that we’ve had at Dumke,” Wyatt said. “We’ve had some nice crowds in the past, but that was electric.”

McKenzie Willis, a first-year student on the women’s volleyball team, said she appreciates when students come to the games to cheer her team on.

“It’s really awesome,” Willis said. “Especially when you see people that you know in the crowd, and then you want to play harder.”

With inconsistent student attendance, Willis also said she understands when no one shows up to the games.

“It kind of sucks when nobody’s there,” she said. “It’s just dead.”

“It’s spotty,” McLellan said, sitting on the east side of the basketball court during a game. “Some games there are a handful that are at every game and they’re energetic to make up for the lack of numbers, but it’s spotty.”

There are many possible answers as to why student attendance isn’t great, but Wyatt said he speculates it’s due to a lack of understanding about how competitive Westminster’s athletes can be.

“I think a lot of people don’t understand small college athletics,” Wyatt said. “They think that we are so much further down than BYU, Utah or Utah State, and then they come see our caliber of student athletes and walk away pleasantly surprised.”