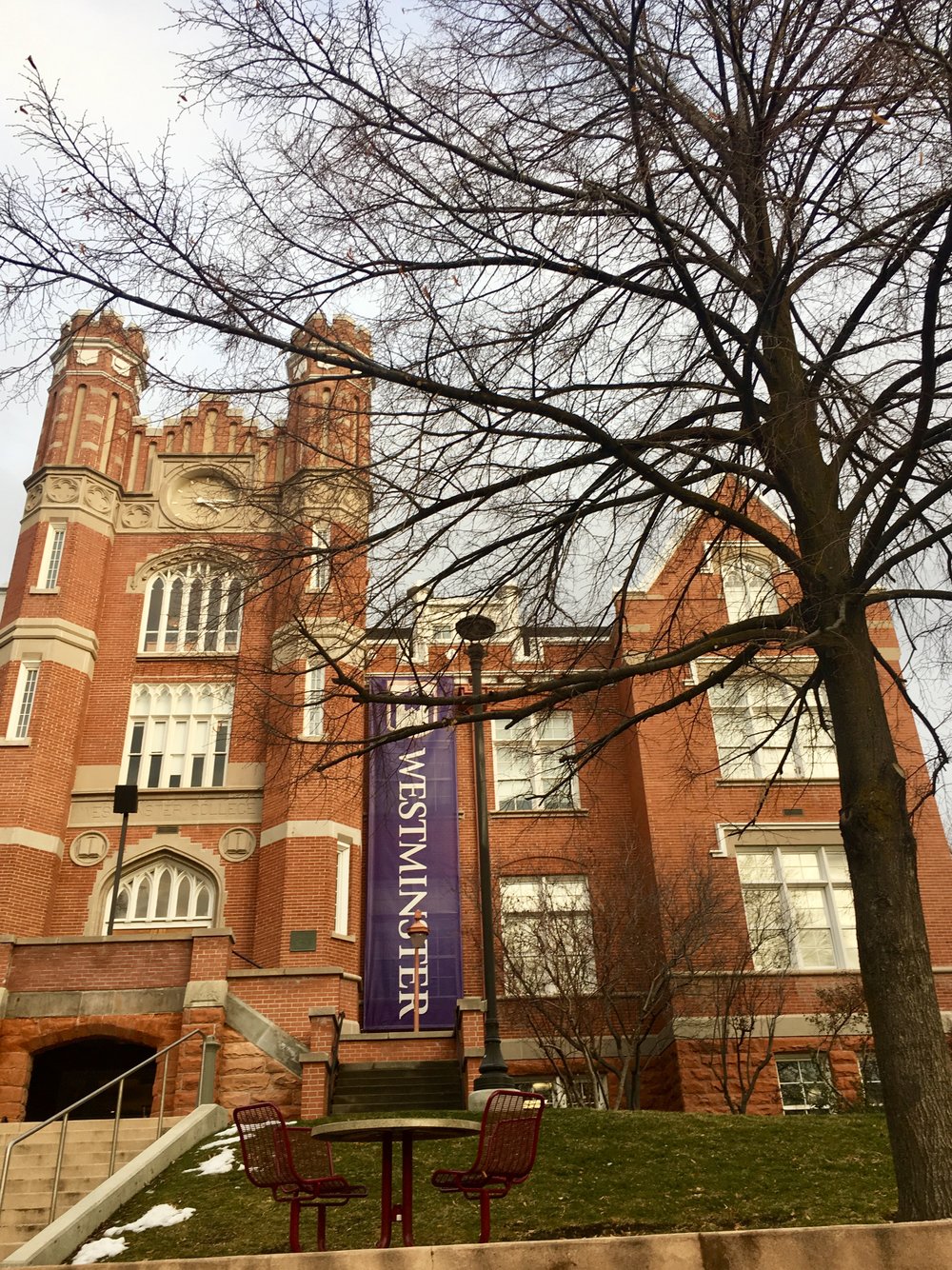 Westminster College President Steve Morgan released a statement designating the campus a safe haven for undocumented students on Dec. 9. The safe haven designation means that the college will not actively aid in deportation efforts and will require U.S. Immigration and Customs Enforcement (ICE) officials to acquire a warrant before obtaining access to records or campus property and instruct campus security not to act on behalf of ICE. Photo by Taylor Stevens

Westminster College President Steve Morgan designated the college a safe haven for undocumented students on Dec. 9, making the college the first educational institute in the state to do so.

Sean Desilets, a film studies professor, and Eileen Chanza Torres, an English professor, originally sponsored a petition to make Westminster College a sanctuary school as a response to president-elect Donald Trump’s statements that he would repeal the Deferred Action for Childhood Arrivals (DACA) immigration policy. DACA provides undocumented immigrants who entered the U.S. as minors the opportunity to receive deferred action from deportation for a renewable two-year period, as well as eligibility for a work permit.

The Associated Students of Westminster (ASW) Senate voted on Dec. 5 in support of the petition, which had garnered over 450 signatures.

Desilets said the sanctuary campus designation means that the college will not actively aid in deportation efforts and will require US Immigration and Customs Enforcement (ICE) officials to acquire a warrant before obtaining access to records or campus property and and instruct campus security not to act on behalf of ICE.

“We’re not asking the college to break the law,” Torres said at the ASW.Senate meeting during discussion of the petition. “We’re just asking that we stick to the values that we sell you when we ask you to come here. The [petition] actually starts with one of our college-wide learning goals. If we’re true to the idea of diversity and inclusion, then we really do need to actually step up and demonstrate that we are a sanctuary.”

“The term ‘sanctuary campus’ is parallel to the term ‘sanctuary city,’ a specific term used to describe cities that have policies declaring that officials will not cooperate with the deportation efforts of federal immigration authorities,” Morgan wrote in the statement. “Policies like these put other federal programs at risk—programs that so many of our students depend on. Were we to make this commitment, we could jeopardize federal financial aid funds for all of our students, or the ability for our international students to continue their education in the United States.”

The assembled senators, students, faculty and staff at ASW’s Dec. 5 Senate meeting experienced a broad range of reactions to the proposed petition.

“This is a very complex matter, raising both legal and human issues,” Morgan wrote in his press release—which left the meeting somewhat divided, despite the Senate’s vote of support.

Some people in the room became frustrated with the slow process of approving the petition and felt the petition didn’t go far enough.

“I don’t even understand why we have to have conversations about whether or not people are worthy of an education,” said Elhom Gosink, a senior political science major.

However, one ASW Senator felt the petition went too far.

ASW President Ben Pok said the college’s designation as a safe haven is a step in the right direction.

“I think [Steve Morgan] really reaffirmed his commitment to really protecting our students,” Pok said. “It makes me happy that the administration is making strides to protect [undocumented students] and making sure our campus is really inclusive of all people.”

Pok said ASW’s goal moving into the spring semester is to hold the college accountable to protecting and providing resources to minority students.

With the inauguration of president-elect Trump next month, Desilets said it’s more important than ever for the college to commit to protecting undocumented and other minority students who may be experiencing fear and anxiety.