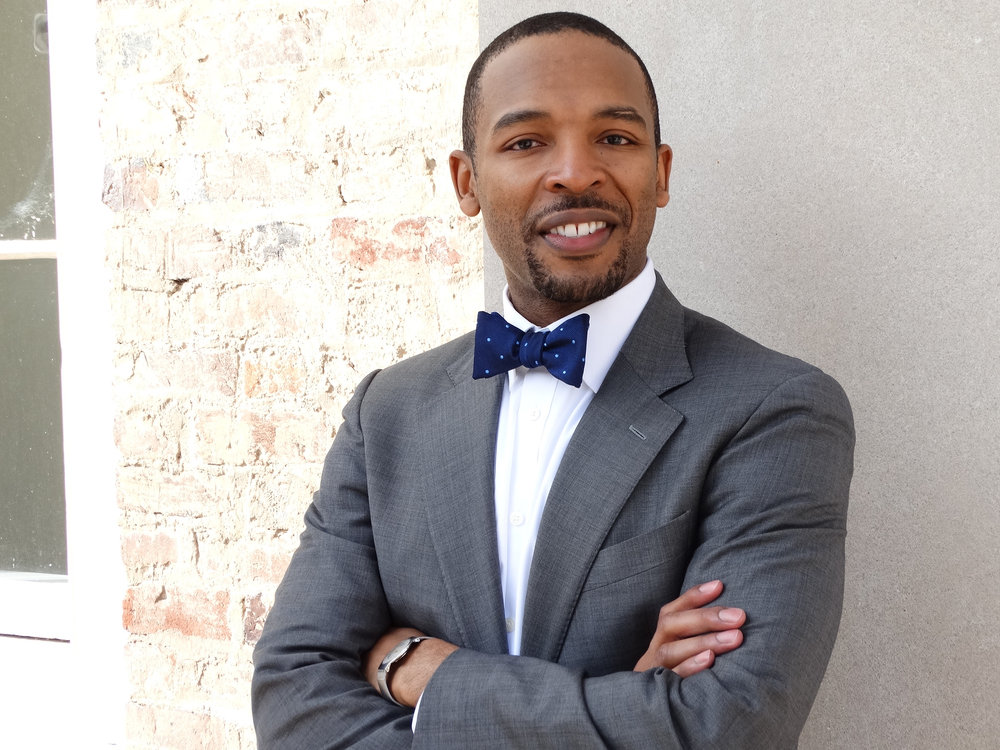 Dr. Marco Barker is joining the Westminster community on Sept. 29 as the college’s new associate vice president for diversity, inclusion and equity. “I am most passionate about connecting different aspects of diversity and inclusion in ways that allows us to truly achieve diversity and inclusion and maximize and leverage diverse perspectives, talents and backgrounds,” he said. Photo courtesy University of North Carolina Office of Diversity & Multicultural Affairs

In December 2015, a group of 13 student activists protested at a faculty meeting in the Bill and Vieve Gore School of Business. They called for more diversity at Westminster, the hiring of a new diversity staff member and more need-based scholarships.

Eight months later, many of those student activists sat in to interview the now hired associate vice president of diversity, equity and inclusion (AVP-DEI) Marco Barker—a step many student activists feel is in the right direction.

“Basically it just reiterates, ‘You’re a person; you’re not a number’” said Nicole Tyler, a junior English major who helped lead the faculty meeting protest. “As someone who holds many intersecting identities, it’s telling me, ‘We’re going to create space for you, and we’re going to really try to make sure you can feel like you’re welcome in this space. And if not, let’s go back to the drawing board and figure it out—even if it’s going to take a little longer.’”

The associate provost for diversity and global learning position—which was replaced by the AVP-DEI position—was eliminated during budget cuts at Westminster in 2014.

Student protests erupted in December 2015 after the Forum published an article that contained comments from the administration about diversity that student activists found problematic. After protesting outside the faculty meeting, the students were invited in to discuss their perspectives and express their anger.

Lisa Gentile, Westminster’s provost, said she understands how students could feel the college wasn’t doing enough to focus on diversity in the past. At the start of the 2015 school year, the director of student diversity and inclusion position and the associate provost for diversity and global learning position both sat empty.

“We were missing some big pieces,” Gentile said. Now that both positions have been filled, she said she “look[s] forward to students being part of these conversations and to us making the progress we need.”

“I have noticed an uptick in administrators, professors and students when it comes to listening and validating lived experiences,” she said. “I hear people talk about it more, and that’s important.”

Junior political science major Cozy Huggins was one of the leaders of the faculty meeting protest on campus in December 2015. “Diversity is important to me because it allows for myself and other students with marginalized identities to feel like someone wants to hear our voice sand that they are valued in an academic setting,” she said. Photos by Taylor Stevens

Levi Barrett, senior sociology major, is a student activist who helped lead the faculty meeting protest in December 2014. “Diversity and inclusion matters because human respect matters,” Barrett said. “If someone is feeling ostracized or like they don’t really have a place or space in a community that is supposed to be like a habitable space like education, I think it’s important for folks to feel like they are safe and have community.

Kyler Salazar, junior sociology major, is a student activist on campus who studies gender and environmental issues. “Diversity is important to me just because I grew up where there wasn’t as much diversity,” Salazar said. “Being from a half Latin family, it’s just honestly nice to have people who have had similar backgrounds to what I’ve faced and have faced the same things.”

Senior public health major Leah Weisgal is the president of Westminster’s Students for Choice chapter. “Diversity is important on campus because people don’t come to college to fight for their identities,” Weisgal said. “They come to college to grow. Everyone deserves to have a space on our campus.”

Nicole Tyler is a junior English major who helped the faculty meeting protest in December 2014. “We need to be able to hold and create space for students of marginalized intersecting identities,” Tyler said.

Sabi Lowder, sophomore undeclared major, is the president of the Feminist Club on campus. “I think diversity is important on campus because as a school that is sort of a liberal hub and has an image and projects that image of progressiveness, we have a really homogenous culture and a really homogenous population,” Lowder said. “We have to get more voices heard to go with that progressiveness that we claim to have.”

Barker, the new AVP-DEI, will officially begin at Westminster on Sept. 29 but will be around during first-year orientation. Once at Westminster, he will act as a liaison between students and administrators and help “develop, implement, and establish metrics and benchmarks for the college’s multi-year diversity and inclusion plan,” according to a news release from Gentile.

“Even just with small things,” she said. “He came into the interview wearing a purple and gold tie. It’s a little thing, but it’s the first thing we all caught on to.”

Barker grew up in a small, rural Arkansas town where he said he felt the prevalent “racial disparity in housing, education and climate.”

He spent some of his career working as an engineer before shifting paths to work in the field of diversity and inclusion.

“I am looking forward to engaging the student body at Westminster as we continue on the path to further advance diversity and inclusion,” Barker said. “I understand and appreciate the passion that students have for the college and for wanting a more diverse and inclusive Westminster. I am ready to roll up my sleeves and get to work for the same goal.”

Now that the college has hired for the AVP-DEI position, Tyler said she and other student activists plan to spend this school year calling for more need-based scholarships to change Westminster’s composition. The college still serves a mostly white student body—76 percent of the class of 2015, according to an AVP-DEI executive search document.

“We want a realistic, one or three to five year plan with immediate things we can see,” Tyler said. “Maybe we have a plan where we reach out to specific donors and see if they’d be willing to donate a portion of what they already give to the college into a scholarship fund for need-based students, and then it would be dispersed when they give continuing student or admitted student scholarships in the first place.”

Students say the conversation about diversity needs to continue to ensure all students feel safe and welcome on campus.

“Diversity and inclusion matter because human respect matters,” said Levi Barrett, a senior sociology major who helped lead the faculty meeting demonstration. “If someone is feeling ostracized or like they don’t really have a place or space in a community that is supposed to be a habitable space—like education—I think it’s important for folks to feel like they are safe and have community.”