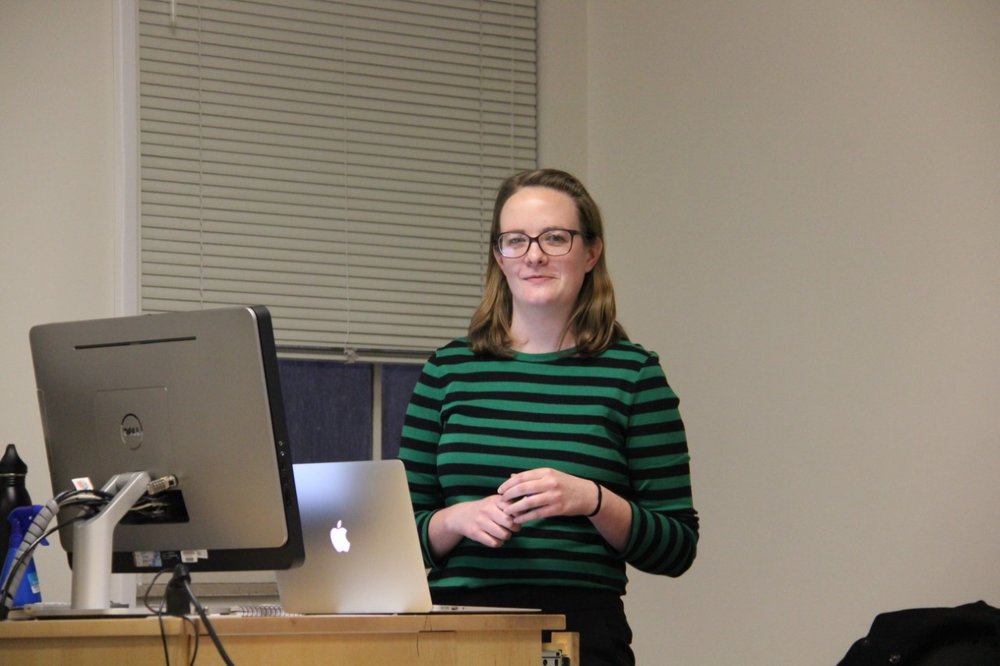 Carissa Uresk, ASW’s speaker of the Senate, presents legislation before the Senate at its Jan. 23 meeting in Dick 103. The legislation uses money from the general fund to support Senate and student board candidates’ campaigns and lowers the cap for candidate spending. Photo by Taylor Stevens.

ASW.Senate voted to use money from the general fund to support Senate and student board candidates’ campaigns and lowered the cap for candidate spending at its meeting on Jan. 23.

Carissa Uresk, ASW’s speaker of the Senate, wrote the bill and said she feels the legislation is an important step toward making ASW positions more accessible to students from different backgrounds.

“It’s just ensuring that any student—regardless of their background—can run for a student board position and not feel like they’re not going to be able to pay for rent or tuition,” Uresk said.

“I think the counterargument to that is, ‘Well, people don’t have to spend money to run,’” Uresk said. “But I don’t think anyone could really run a successful campaign and not spend money. Particularly if you’re running for a student board position. I’ve been in those different elections twice now, and I don’t think anybody who has run seriously in those campaigns has ever spent under $100.”

ASW will provide $600 in the fall for first-year senator elections and $1,500 in the spring. The money will be split evenly among all candidates up to the $75 cap. ASW will also have $2,250 available each fall to be split among student board candidates.

Gabi Sanchez, a sophomore senator, sponsored the bill and said she’s had firsthand experience with the difficulties of campaign funding.

“We heard from members of the student board when we were in our Senate meeting that [the cost of running] did affect them,” Sanchez said. “It’s not as prevalent for senators, who have a $75 cap, so it’s not as much an amount that’s required. But running for student board knowing that someone who has $300 is running against you and knowing that you aren’t able to provide that same amount can be a little nerve-wracking.”

Though the legislation passed unanimously, sophomore neuroscience major Calen Smith said he’s concerned it doesn’t have a screening mechanism to determine which students running are serious about their campaigns.

“I feel like it could possibly lead to ASW funding extraneous supplies for people that aren’t actually interested,” Smith said. “In the past we’ve seen candidates who just threw their names in but didn’t really do anything. I feel like where the problem comes is regulations on the materials. For example, they could just go and they could get a ton of candy and they wouldn’t actually use it on promoting ideas within their campaign but rather just getting those more fluffy pieces of a campaign.”

But Warren Cook, ASW.Clubs president, said he thinks the funding cap will promote creativity rather than stifle it.

“I think [the cap] incentivizes candidates to be more creative and rely less on money and more on content to get their name out,” Cook said. “What I think is most important about this legislation is it gives students an opportunity to take risks and put themselves out there and treat the campaign as a learning process. And before I don’t think students would take this risk because it would be a gamble financially.”