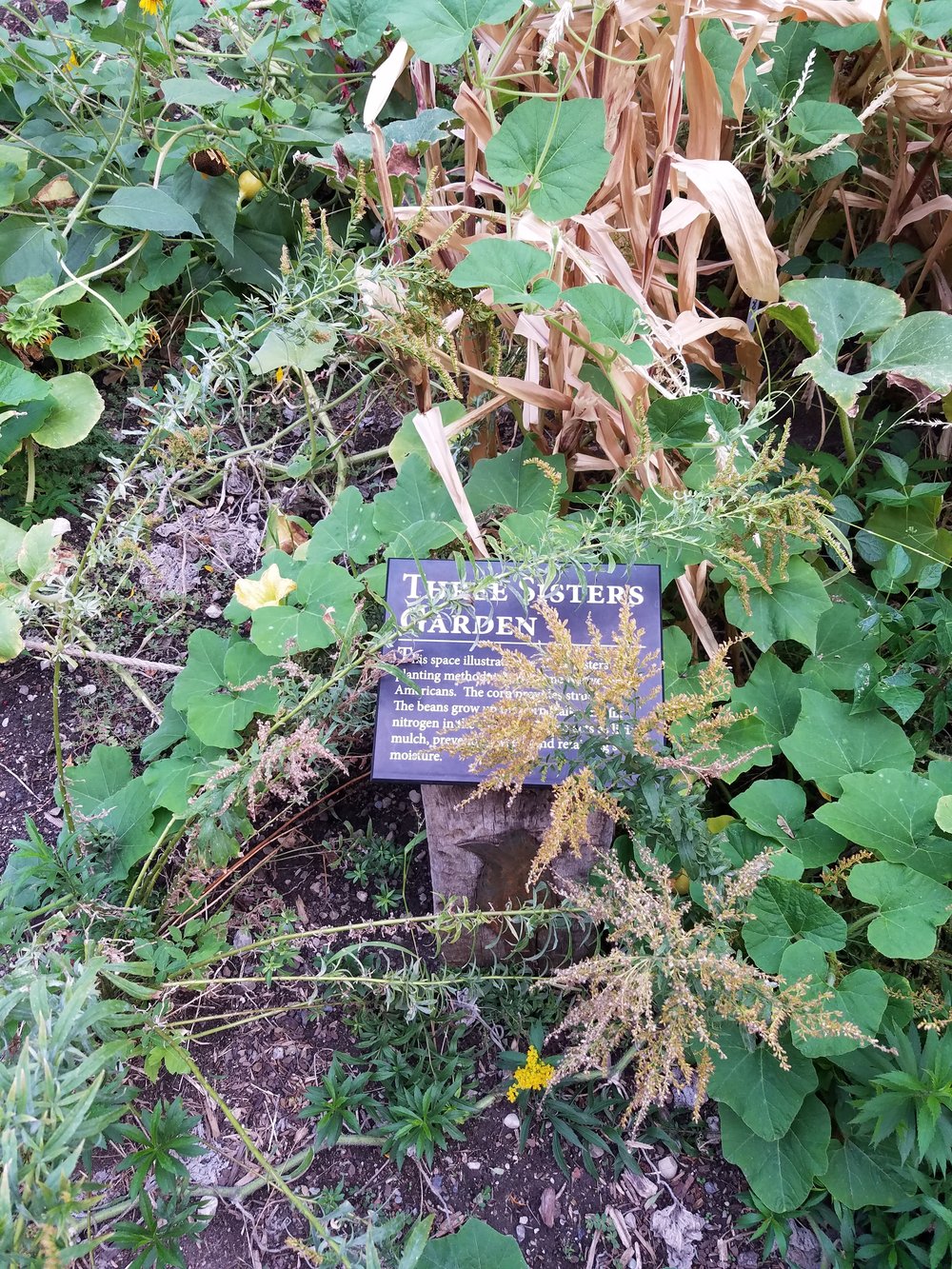 The Three Sisters Garden at Westminster College is located near the south side of Giovale Library, near the campus beehive. Honey bee research at Westminster will emphasize sustainable bee health management and questions about pollination and foraging ecology, according to the college’s website. (Photo by Nicole Balmforth)

Amidst President Donald Trump’s rollback of environmental regulations and policies and some people’s belief that climate change is a hoax, many in the Westminster College community said they are still committed to leading sustainable lives.

Environmental sustainability can include a range of methods like veganism, eating local and green housing.

“[Sustainability] is easier than people think it is,” said Jules Harding, a senior and a vegan at Westminster. “I think a lot of times when there are global-scale issues people feel really helpless. It’s not just about driving a Prius. It’s about making changes that can almost make up for other people’s shortcomings.”

As an institution, Westminster has been awarded for its eco-friendly actions. The Princeton Review ranked it as one of the greenest colleges in the nation in its 2016 edition. The college aims to become a carbon-neutral campus by 2030 and stressed the importance of individual actions in reaching this goal on its website.

Students can find out how green their living practices are with a Green Point Average test on the college’s website.

The Forum sat down with a few students and faculty at Westminster who are already making changes to their lifestyles to hear about their methods for practicing sustainability.

Sabi Lowder, a junior custom major and ASW vice president, said she constantly thinks about every bit of waste she produces. She hoards her already-used plastic bottles and worries about the paper towels dries her hands with.

“Turns out, going zero waste is the hardest thing I have ever done,” she said. “It does make me think more every day, so every time I use anything it makes me think of every paper towel I use when I am drying my hands.”

Zero waste is the goal to reduce the trash that ends up in landfills or incinerated to zero, according to Zero Waste World, and Lowder is part of a growing number of people practicing this method.

She said she started off as a minimalist and then found her way to zero waste.

“All my research has come out of Instagram and YouTube because there are a ton of people,” said Lowder, who’s also a vegan. “I have really only seen women doing it who are committed to zero waste. There are some people who do capsule wardrobes, so they only use like 30 pieces of clothing and that’s it.”

Lowder’s zero waste practices include “no plastic and no palm oil,” which she said destroys the rainforests, as well as “no buying new things and only buying second-hand clothes.”

Michael and Nina Vought, professors at Westminster College, both practice veganism — the practice of avoiding products that contain any form of animal content like meat, fish, dairy, eggs and milk.

Nina, chair of the dance program, said their lifestyle changed 10 years ago and was spurred on by the couple’s nine-year-old son.

“He said, ‘I’m going to try being vegan for a week, and if it goes well, that’s the way I’m going to live my life,’” she recounted. “I said, ‘Okay, I’ll go with you for that week and see how that goes.’ Then, after the week, he was done. He was convinced. There would be no other way to live for his life. Then there was no way that we could be different when we saw his example.”

Nina said she and her family want to be more mindful of animal rights.

The Vought’s also lives in a green home, which they built in 2005 and moved into a year later.

“The benefits of living in a sustainable house are not all completely tangible,” Nina said. “There are some benefits that it just makes you feel good knowing that you’re lessening the carbon footprint of the world. It is less expensive.”

Nina said the house has “huge” solar thermal panels on the roof, which create hot water.

“The solar panels heat our water for the sink and the showers and all of that,” she explained. “We have tubes running in the floor, and that heats our house. It also has a super insulated envelope, so its foam is about this thick,” she said, widening her fingers to about four or five inches.

Nina said that she and Michael designed the house to face south, and it is made entirely of glass on that side. The couple also planned the overhangs in the house precisely, so that more sun comes into the house through the windows in the winter and less comes in during the summer.

“Nina’s class, sustainable sustenance, really built a new perspective into my ideas about sustainability because I didn’t know that diet was so tied up in environmental issues,” said Harding, who became a vegan after taking the class.

“I hesitate to say this because I think a lot of people who eat vegan get stereotyped as [thinking] they’re better than everyone else,” Harding said. “However, it did make me feel like I was better than everyone else. I was like, ‘I am doing this thing that is a better choice and other people should be doing it.’ I felt confident in what I was doing.”

Westminster College’s Organic Garden is a place for students to collectively grow healthy produce, according to Westminster’s website.

At Westminster College’s beehive, located near the south side of the Giovale Library, students can learn how to interact with and maintain bees and the wax and honey that come from them. Kerry Case, director of Westminster’s Environmental Center, said there has been more interest in beekeeping this year than ever before. (Photo by Nicole Balmforth)

“Students can volunteer in the Organic Garden every Monday at 4:30 p.m.,” said Kerry Case, director of the Environmental Center. “For the faculty and staff who’ve been involved with this, we’ve largely been motivated by helping students learn basic skills to grow their own food. That is empowering.”

Students and faculty who volunteer at the garden have the opportunity to take home organic produce from the vegetable beds.

“We’re not insanely strict [in the garden], but we try to use organic principles,” Case said. “We are trying to reduce the use of harmful pesticides that are in the environment. We want students to feel very comfortable and safe picking the tomato right off the vine and eating it.”

Westminster also has beehives located on the south side of the library, near the Three Sisters Garden.

“We will be doing some workshops on beekeeping, and our student beekeeper — whose job it is to tend our hive — will be having opportunities for students to come down and shadow him,” Case said. “We will be looking for someone to hire next year, too. We’ve also done in the past some fun workshops where we make stuff out of the beeswax.”

Case said there has been more interest in beekeeping this year than ever before.