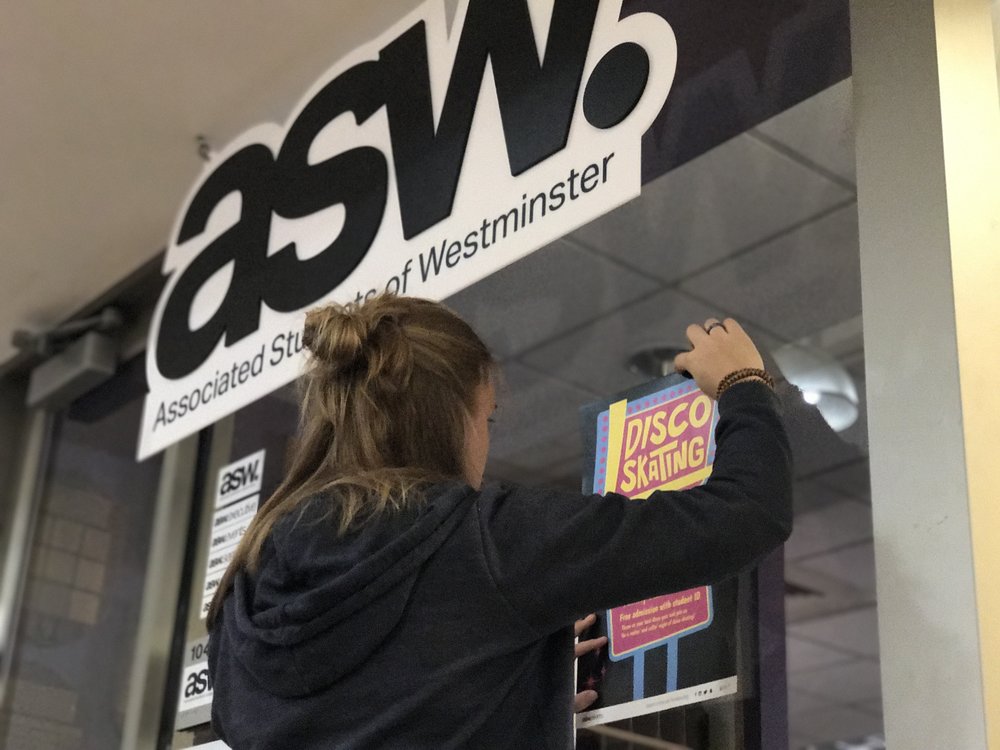 On Oct. 6, 385 students showed up to Classic Skating for roller disco, which is one of ASW’s most popular events. Four days later, only 15 students attended a Taboo Talk at Westminster College — an event ASW flew an expert on Islamophobia in for to inform students about the topic.

ASW Events staff said this isn’t an isolated incident, as students continue to pass up many of the free learning opportunities available to them.

“Year after year, I’m shocked that people don’t want to come to some of the events we provide,” said Cassandra Yerkes, a senior arts administration major and ASW Events president. “An hour out of your Wednesday night where you can expand your mind is not going to hurt you.”

The organization budgets $1,500 for each Taboo Talk to ensure it’s able to hire an expert on the chosen topic, provide a gift for the speaker and distribute refreshments for attendees.

Events staff intend the talks to appeal to a diverse range of interests and backgrounds, Yerkes said. ASW is required to provide lectures for students and has put on two each semester since Yerkes joined ASW in fall 2014.

Some of the previous topics have included drugs, sex, love and alcohol.

ASW has tried to reach a larger audience by making the topics more relatable for students, Yerkes said. For example, the first talk this semester was called “Don’t smoke weed in national parks” with the hope that it would interest a greater number of students.

Despite the effort to draw them in, only 15 students attended.

Noah Blumenfeld, a senior computer science major, said he’s never gone to one of the Taboo Talks because he doesn’t want to get into intimate conversations with people he doesn’t know well.

“Taboo topics are generally controversial regardless of whether [it’s] a safe space or not,” he said. “Overall, they’re just intimidating and it’s kind of uncomfortable to discuss the taboo topics with strangers.”

Grace Gorham, a junior elementary and special education major and ASW director of programming, said Taboo Talks aim to reduce this stigma surrounding topics that people should feel comfortable talking about but don’t.

“We bring in experts,” she said. “Experts who are trying to break down barriers, provide a safe space and provoke conversation.”

Jessica Garcia, a sophomore elementary education major who said she hopes to create a safe and open environment in her future classrooms, said going to Taboo Talks has enlightened her and opened up her desire to learn about different cultures.

“I think not only [being] sensitive and being mindful is important but actually taking part to do something and understand,” she said.

Next semester, ASW will host a Taboo Talk about love and sex and another about eating disorders.

Regardless of how many people attend, ASW staff said they hope those students leave the lecture more informed and familiar with how to discuss the topics with another person.