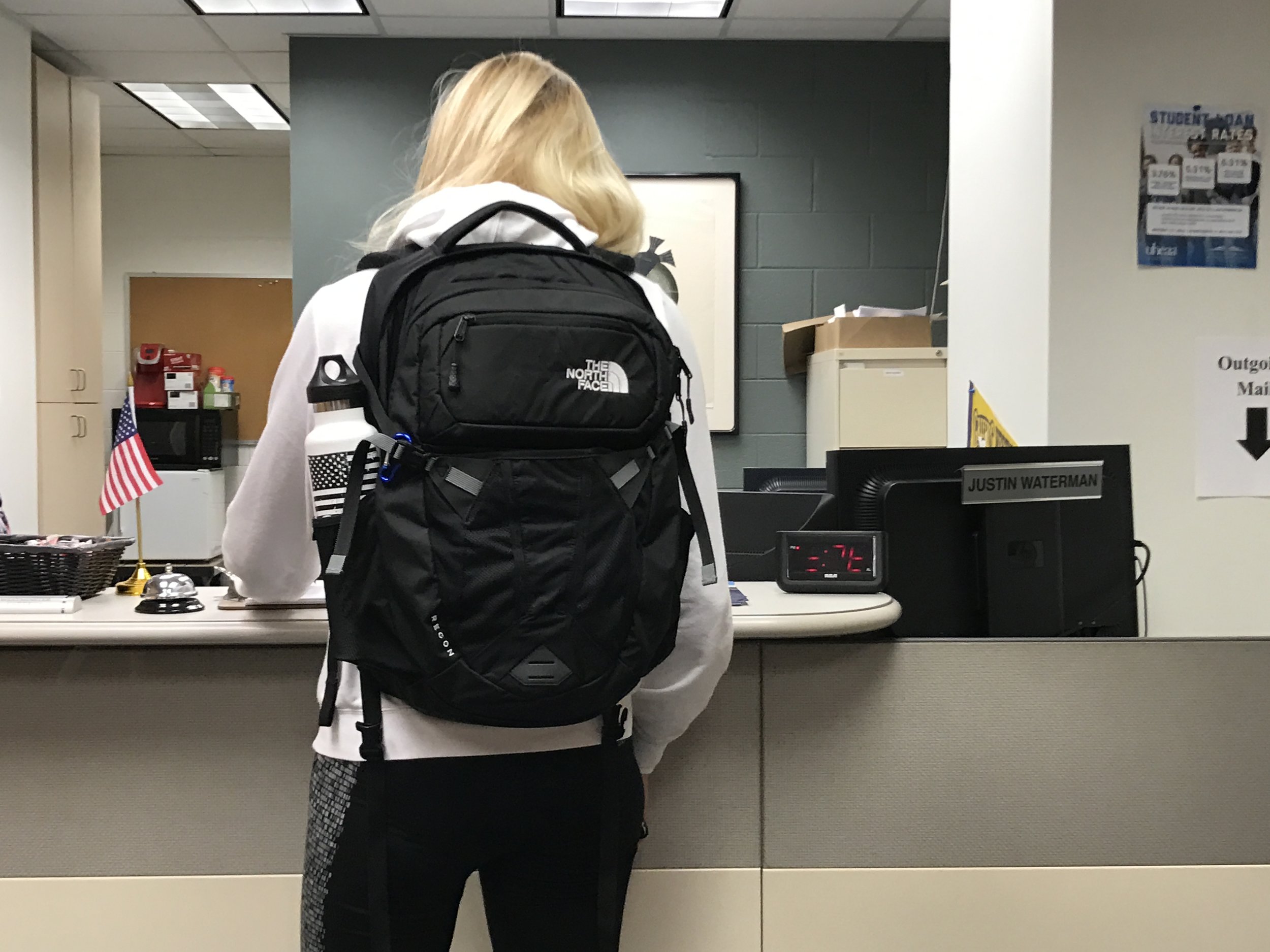 Last year, the increase was 2.5 percent. This year, tuition costs will increase 2.9 percent.

Westminster isn’t the only higher education system raising costs. Tuition at colleges and universities across the state is projected to increase between 2.5 and 5 percent this year, according to the Utah System of Higher Education.

Juan Pablo Lopez, a junior marketing major, said he thinks the tuition increase will most affect first-generation college students and students of color—groups who have already been historically underrepresented in higher education.

“The tuition increase is completely absurd to me,” Lopez said. “How is increasing tuition going to help first generation students of color think that Westminster is a viable option?”

Lopez said Westminster’s price can seem overwhelming or even out of reach for some students from these groups.

“I know for a fact that if I had seen the sticker price when I was applying as a first-[generation] Latino student, I would not have even applied,” Lopez said. “It’s outrageous. This will only help in turning students of color away from the school because they’ll see it as more expensive.”

Annual tuition increases are becoming more and more common at almost every institution across the state. Jenny Ryan, director of Financial Aid, said the college informs students about what cost increases to expect before they choose to attend Westminster.

The price tag of higher education in Utah is projected to increase this year between 2.5 and 5 percent, according to the Utah System of Higher Education. Westminster College’s increase falls in the middle at 2.9 percent. Graphic by Bre Empey.

Though Ryan said individuals in the Financial Aid Office tell parents and students to expect tuition increases, she said some students are still shocked when they hear they will have to pay more.

Grace Lundquist, a junior psychology major, said she wasn’t surprised about the tuition increase—but she wasn’t happy about it either.

“I think it’s a pretty normal part of college,” she said. “It’s pretty common on campuses, but I think it sucks.”

For students like Lexi Sims, a sophomore nursing major, tuition increases add to a burden that was already heavy.

“Students here are already struggling with how high the tuition is, and this is going to make it even more difficult to afford to go here,” Sims said.

“It’s always a difficult issue for us,” he said. “I wish we could say we won’t raise our costs ever, but we’re very mindful of what those increases will do to our students and we try to offset it with other things, like financial aid and scholarships.”

However, Lopez said tuition increases adversely affect families like his even with scholarships and other forms of financial aid.

“This tuition increase will greatly affect me, as I now have a sibling on campus,” Lopez said. “To me, this will mean almost a $1,000-increase in tuition, which to some may be fine, but after scholarships and loans are used, this is a huge burden my family will not be able to afford. I have several part time jobs outside of campus, and with all of them combined, I am working full time hours.”

Lopez said it feels like the college doesn’t care about him or other students.

“It’s ridiculous and feels as if the school is turning its back on its current students in favor of prospects,” he said.

However, Morgan said tuition is increasing for three reasons, two of which will benefit students who are on campus. The first reason is because of rising costs associated with higher education.

“The cost of delivering education goes up,” he said. “So if you look at the consumer pricing index that we all hear and read about, inflation is about 2.7 percent right now. The cost of utilities, supplies, books and software systems—all those things go up. So, if we don’t have a way to increase our tuition, then we have to cut to pay for costs.”

Morgan said the second reason for the tuition increase is the cost of keeping Westminster’s faculty and staff, who he said are at the core of the college.

“Their cost goes up [with] salaries and health insurance benefits,” he said. “We want to make sure we keep the very best on our campus.”

The final reason for the tuition increase is to better the institution, Morgan said.

“A good example would be some of the new programs we’re bringing on next year,” he said. “Outdoor leadership, sports management, the Honors College, moving our athletics program to NCAA Division II—those are all what I would call quality enhancements expanding the product and educational offerings of our institution so that our students feel like they’re getting the very best.”

Morgan said increasing funding for scholarships is a top priority alongside tuition increases.

“We try to help students by several ways— increasing our commitment to scholarships and we also raise money for scholarships,” he said. “This year, for example, our development operations brought in $2 million dollars in scholarships, and 10 new additional scholarships have been added in the last fiscal year.”

Scholarships and other forms of aid are available through the Financial Aid Office. However, students like Lopez said they have not found the office to be very helpful.

Despite the cost of tuition, Sims said it’s still worth attending the school.

“I definitely think it’s worth it,” Sims said. “However, I feel like a lot of people are missing out on the experience Westminster offers because they can’t afford to go here.”