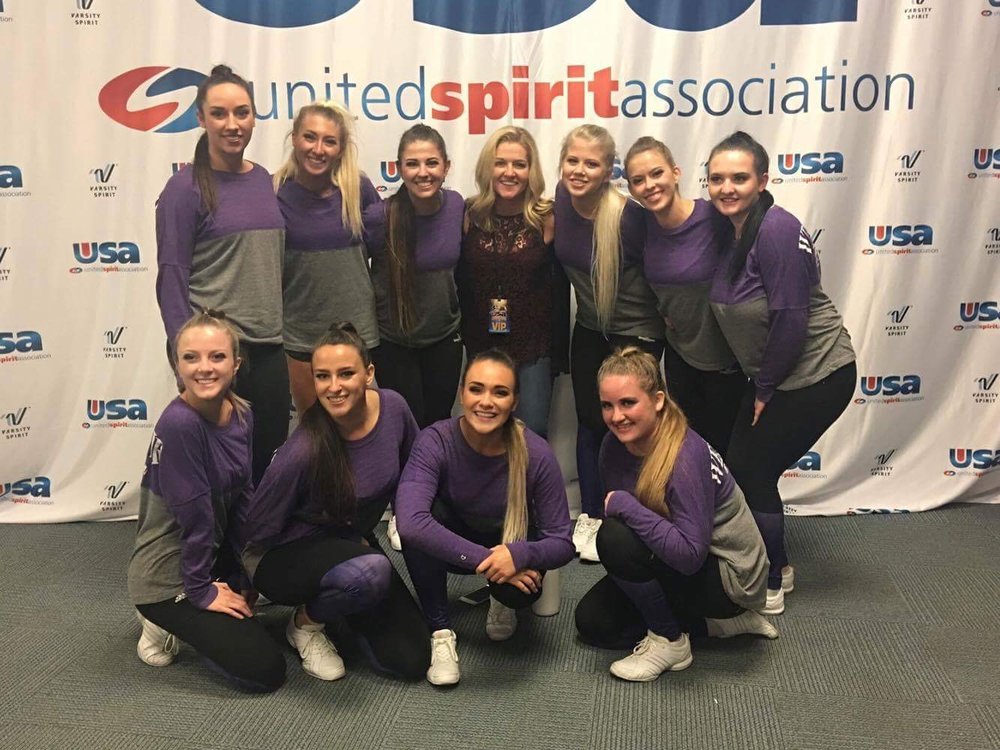 Westminster College’s dance team took fourth place at a California competition this year against teams from around the country. Nicole Vogel, head coach of the spirit team, said the cheer team is expected to compete next year, as well. (Photo courtesy Lynette Miller)

Westminster College’s spirit team has experienced continuous growth since its inception three years ago, and the team’s captain and coach said they expect next year will bring even more improvements in skill level and size for both the college’s dance and cheer teams.

Miller has been the team captain since the program’s start and said it has grown a little each year. This year, Westminster had enough people to split the dance and cheerleading teams completely.

“It’s been really fun to see how the team has grown each year and how we’ve improved, because our first year we had no idea what to expect,” Miller said. “No one really knew what to do with us and it was new for the entire campus to see a team cheering during home sporting events.”

Miller said the team has improved substantially this year, recently taking fourth place at its competition in California this March against other teams across the nation.

Nicole Vogel, head coach of the spirit team, said Westminster students can expect to see more change from the teams next year.

“This next year we are now growing both teams again,” she said. “Still dance, still cheer, but now our cheer team is taking a huge step up.”

Vogel said the cheer team is expected to grow from seven members this year to 14 next year. This includes three new men, making next year the first co-ed team.

“The cheer team will now go to competition, whereas last year—the first year—we didn’t,” Vogel said. “I will take the whole spirit team this year.”

Vogel said the spirit team is also working toward traveling to some games with the college’s athletic teams in the near future.

They both said the best part of the spirit team is its sense of community and friendship and said they feel they are gaining athletic and life skills through the experience.

Vogel said she strives to help the team members with more than just their athletic abilities.

“Now I get the chance to teach them things that I hope they get sooner than I do,” Vogel said. “And my No. 1 thing—even above dance—is time-management, team-commitment, fitness and health. These are things that will go with them a lot longer than a pointed foot.”

Though the spirit team is continuing to strive for growth and improvement, Vogel said seeing the students succeed, both in athletics and in life, is more meaningful to her as a coach than anything else.

“If I can help them stay committed to school enough to get their degree because they have a 6 a.m. practice, then I’ve done something good in the world,” Vogel said. “It’s not about dance all the time for me.”