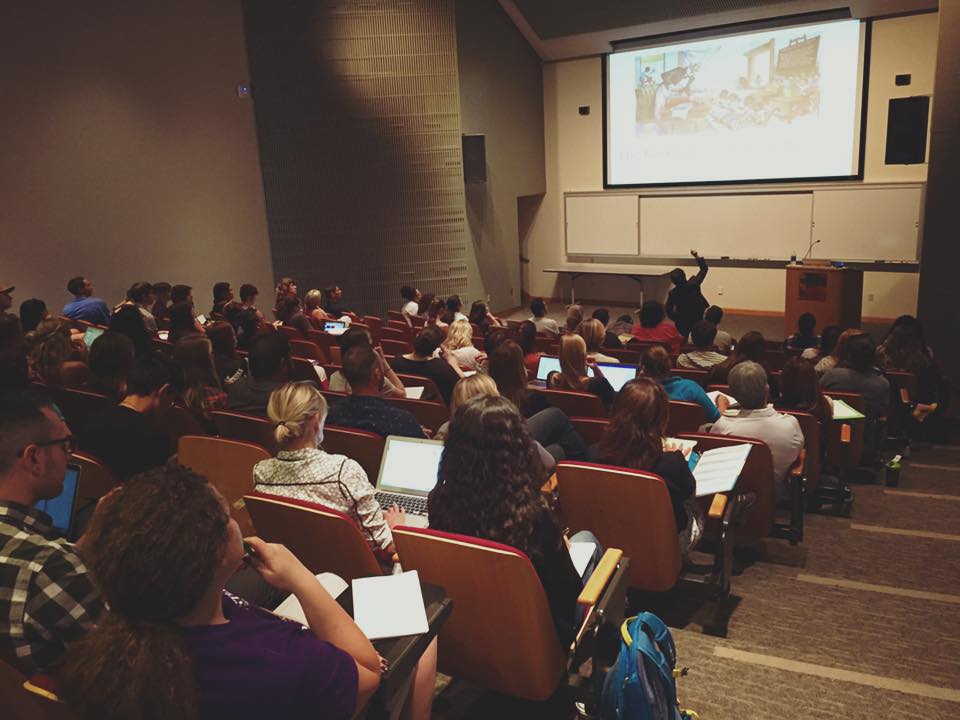 Westminster College’s Heritage Speaker Series aimed to provide a space throughout the 2016-2017 school year for students to discuss topics of race and inequality in hopes of sparking social change.

Daniel Cairo, the director of student diversity and inclusion, said the Diversity and Inclusion Center’s focus over the past academic year was to raise awareness and create spaces for students to learn and talk about important issues. The series served as a piece of that goal.

“The Diversity Center’s mission for the past academic year was to increase cultural awareness and provide spaces where we can have conversations about power, privilege and oppression,” Cairo said.

Cairo said he hopes the series will allow people to connect ideas and help participants engage in social change.

“The cultural awareness series allows us to talk about the different issues that are happening in the various communities,” Cairo said. “This allows people to come together and have conversations—and our hope is that people will connect ideas, connect movements and connect with each other so that we can be agents of positive social change.”

The series coincided with national heritage and awareness months and covered several groups during the year, for which the organizers invited community members from many backgrounds to participate in the events.

Stephanie Miller, the program coordinator of the Diversity and Inclusion Center, said the series has been successful at raising awareness.

“We really focus on issues that need to be addressed and also on empowerment,” Miller said. “The events don’t only look at these communities through their oppression but also focuses on the strength they provide.”

April’s series focused on Asian American and Pacific Islander heritage — especially with issues of negative stereotyping in the media, according to public health professor Han Kim.

“One of the big issues in the Asian community is the negative representation in popular media,” Kim said. “The media oftentimes continues to portray Asians as the perpetual outsider.”

Kim said the series provided space for dialogue about racism in Asian communities.

“The series talked about a lot of issues that are taking place in all Asian communities,” Kim said. “The last speaker at the event talked about how Asian stereotyping of men and women has negatively affected their progression.”

Mariela Vazquez-Gordo, a junior sociology major, helped plan and attended most of the events throughout the year. She said the series as a whole provided a healthy space for conversation.

“I thought the Asian American and Pacific Islander awareness event I attended was very informative and insightful,” Vazquez-Gordo said. “The events I attended have been successful and the speakers at the events have resonated with the people in the attendance.”

The series will continue in the 2017-2018 academic school year with Latinx awareness month in September.