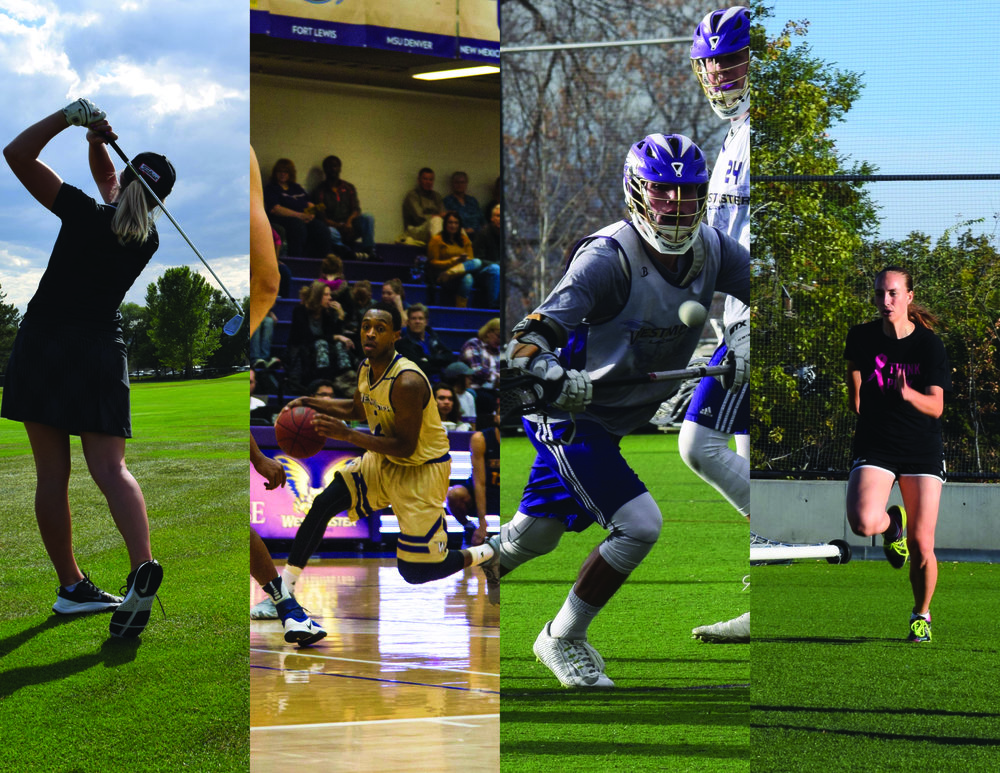 Westminster College began the three-year transition process from the National Association of Intercollegiate Athletics (NAIA) in 2015 and currently plays in the Rocky Mountain Athletic Conference (RMAC). During the transition, student athletes have been unable to play in post-season competition, which has been a source of frustration for many. (Forum File Photos)

For the last three years, athletes at Westminster College haven’t received awards, insurance for severe injuries and grants, or qualified for championships. However, this could change during the 2018-2019 academic school year if the college meets National Collegiate Athletics Association (NCAA) requirements.

Westminster began the three-year transition process from the National Association of Intercollegiate Athletics (NAIA) in  2015 and currently plays in the Rocky Mountain Athletic Conference (RMAC).

“The RMAC is a really competitive conference in the NCAA Division II, and it’s a really positive step up from NAIA,” said Sara Weixler, a junior and member of the soccer and basketball team.

NCAA is larger and made up of bigger schools and universities than NAIA is, and the competition is perceived to be tougher. The NCAA also has stricter regulations for student athletes than NAIA when it comes to drug policies.

The transition process hasn’t come cheap. Westminster is using an alumni donation to pay the $120,000 one-time fee for NCAA transition, according to Shay Wyatt, Westminster’s director of athletics.

Aside from the challenges for the college with costs and new regulations, the transitional process has also had an impact on student athletes.

“We have been in this three-year provisional period, and I know it’s been a source of frustration for a lot of athletes because we aren’t able to do [post-season] competitions,” said Cecile Murdock, a junior and a member of the soccer team. “It’s been really frustrating for me.”

Every college transitioning into NCAA must sit out of post-season competitions for three years while adjusting to the new rules.

Conference champions automatically go to NCAA championship, Wyatt said. A few of Westminster’s individual sports, like golf and cross country, have been able to play in the RMAC championship, but team sports like basketball, soccer and volleyball have not been allowed to.

Many current juniors and seniors came to Westminster unaware of the transition out of NAIA, which has left them unable to compete — though some teams, like women’s soccer, would have qualified for post-season tournaments during the 2016–2017 academic school year.

Jayne Christensen, a senior on the soccer team, was a sophomore when the transition started.

“This will be my last year and I’ve only been able to play in playoffs my first year,” she said.

Christensen said it’s been challenging to figure out how to motivate her team to perform as they would if they had a conference championship to play for.

“The hardest part is getting to the end of the season knowing that we worked so hard and we aren’t able to play where we should be playing and playing against the teams that we deserve to play against,” she said.

Though the three-year provisional period has been a long process for student athletes, Wyatt said they have paved the way for Westminster’s future.

“Our student athletes have been fantastic,” he said. “They really have been trailblazers and were a huge part of [the provisional] process.”

Although some students have felt frustrated that they can’t compete in postseason tournaments, most said they understand the need for the three-year provisional period and are excited for NCAA.

“It’s really fun knowing I came at the same time as our new coach came, and I came right when we just started moving into Division II,” said Travis Devashrayee, a member of the basketball team.

Now a junior, Devashrayee was among the first group to go through the provisional period and will compete in NCAA his senior year.

“I am excited to see where it grows,” he said. “I see that there is going to be a lot of success down the road.”