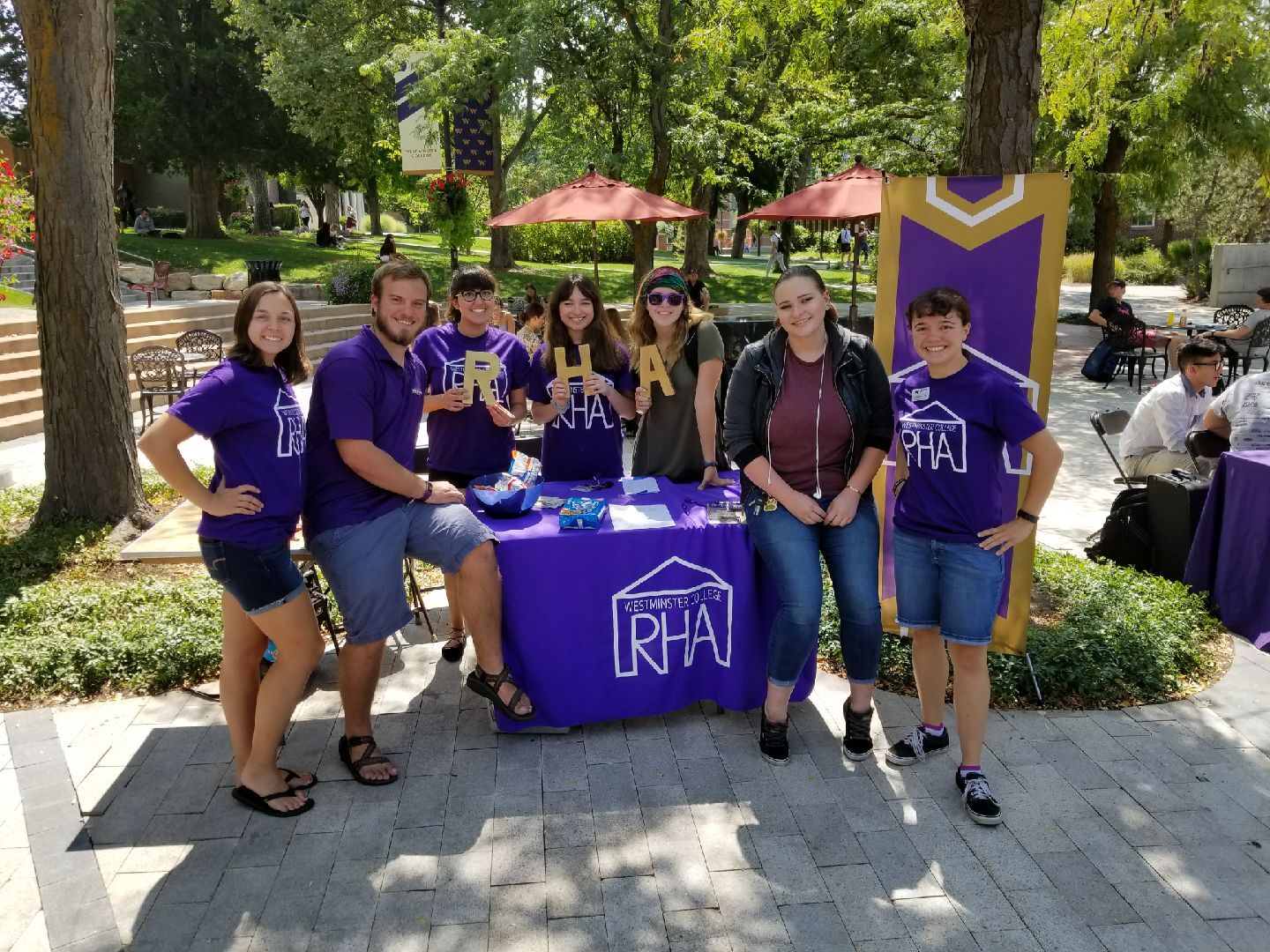 Board members of RHA pose in front of their stand at Westminster College’s annual Clubs and Organizations Fair on Aug. 31. Though the money ASW Clubs lost this year due to initial budget cuts has since been secured, funding might continue to be an issue as the number of clubs increase. (Photo courtesy Kelsey Laramie)

As the number of clubs at Westminster College continues to grow, the amount of funding allotted to them has declined. And though the money ASW Clubs lost this year due to initial budget cuts has since been secured, funding might continue to be an issue as the number of clubs increase.

ASW Senate granted ASW Clubs $5,000 from the emergency fund at its meeting on Aug. 28.

“While I was talking to Senate last night, someone asked me, ‘What happens if we don’t approve this?’” said Elaine Sheehan, ASW Clubs president. “And I kind of sat there for a moment and I was like, ‘This is going to sound really dramatic, but clubs will die.’”

The money from the emergency fund will allow ASW Clubs to replenish its ongoing fund, which helps clubs with expenses, like equipment or events, that would otherwise exhaust their semestral funds. The fund is also the only source of money for clubs with an “ongoing” status, which means they are brand new and have not yet been allocated money in ASW’s budget.

“We knew that from the very beginning when we were calculating last year’s budget we might have to go to [Senate] in order to ask for more money,” wrote Mateo Zapata, director of budget and accounting, in an email to The Forum.

ASW Senate made almost $8,000 in cuts to its 2017-2018 budget compared to 2016-2017. That combined with the increased budget request to support the growing number of clubs — 45 active and seven inactive — meant ASW couldn’t provide the extra money for the ongoing fund this year, Zapata said.

“[The situation] wasn’t optimal,” Sheehan said. “[ASW Clubs] was kind of taking one for the team.”

Because number of clubs is expected to continue growing, Sheehan said she wants clubs to focus more on the ongoing fund than on their allocated budgets, which could decrease the money needed for individual club budgets.

Westminster College’s V-Day crew poses at its annual Vagina Monologues event in spring 2017. Carissa Christensen, president of V-Day, said some clubs — including hers— rely on both the ongoing fund and their tier-three budget to put on annual events and could not function without that money. (Photo courtesy of  Carissa Christensen)

“One thing that I’m trying to do this year, just as an initiative, is try to promote clubs to really think critically” about their funding, Sheehan said, and “whether they need 400 allocated dollars or whether we can rely more on the ongoing request fund.”

However, some clubs rely on both the ongoing fund and their tier-three budget to put on annual events, like V-Day club’s Vagina Monologues, according to Carissa Christensen, president of V-Day.

In the past, the ongoing fund has served more as a safety net than as a primary source of money, as Sheehan is proposing, according to Nathan McDonald, a Westminster alumni and former ASW Clubs board member.

“[The ongoing fund] is a safety net for clubs that go through all of their money in the beginning of the semester by putting on events or going to conferences and still need money to continue to achieve their goals,” he said. “Most clubs can’t achieve their higher goals with only $400 a semester.”

Editor’s note: This article has been updated from the print version to more accurately identify the names of ASW’s branches.