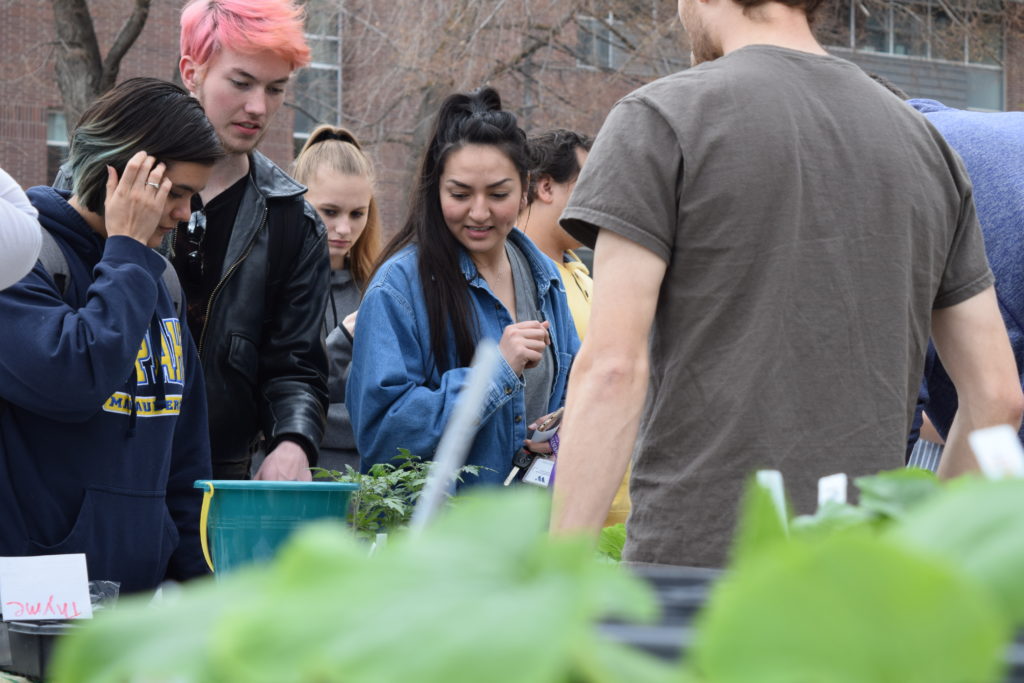 Westminster College’s 12th annual Earth Day celebration set out to achieve two things: connect students with ways to get involved and celebrate the work students have accomplished during the past year, according to Kerry Case, the director of the Environmental Center.

“We know that last year [Westminster] sent about 66 percent more waste to the landfill than we did the year before,” said Case, noting that the center’s main focus this year was on waste and reduction. “Something has gone wrong.”

The event was organized by the the Environmental Center and held in the Richer Commons on April 19, since Earth Day fell on a Sunday, when many students would be unable to participate in the festivities.

Last fall, senior environmental science major Rosanise Odell visited a recycling plant to get a sense of the scope of waste. Freaked out by the amount of trash she saw, Odell, the center’s waste minimization coordinator, decided the only thing to do was stop producing garbage, and she lived waste free for a month. 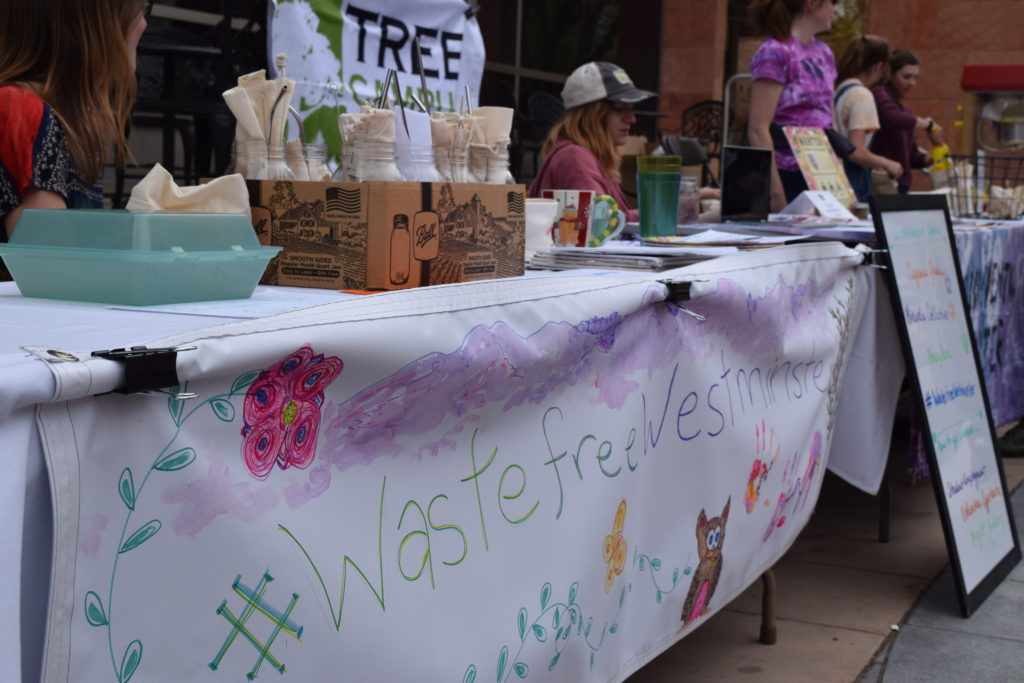 Students attend the 12th annual Earth Day celebration at Westminster College in the Richer Commons on April 19. In honor of Earth Day, the Environmental Center created the three part series #WasteFreeWestminster to teach students about minimizing their waste through daily lifestyle choices. (Photo by Bailey Gumm)

Now, she wants to see other students take steps to live more sustainably.

“At this point I am not waste free, but I live a reduced waste lifestyle,” she said, recommending that students eliminate single-use plastics — such as bags, straws and water bottles — to begin implementing that concept into their own lives.

“I hope that people look at the booths and the movements for what people are trying to do and instead of just taking it in today in these two hours, it’s about taking it in and using it in their everyday lives,” she said.

Teaching students how to reduce their waste takes more than a single step, Odell said.

“So often students think about recycling as a solution to waste reduction and don’t always recognize that reducing and reusing are integral parts of that reduction chain,” said Eliza van Dyke, a first-year environmental studies major.

As part of its effort to educate the student body toward becoming a #WasteFreeWestminster, Odell and the Environmental Center led a three-part series called Reduce, Reuse, Recycle in an effort to empower students to attempt a waste-free lifestyle.

Though Earth Day 2018 highlighted student efforts and achievements over the last year, it also looked to inform students about ways to take their next steps to help prevent climate change.

One such initiative is the Climate Campaign, a nonprofit organization “dedicated to creative communication about climate change” that aims “to get everyone talking about the issue and create and environment where solutions are encouraged and applauded.”

A group of Westminster students signed on to the initiative with BYU, the University of Utah and a handful of other colleges in the state, to acknowledge that climate change is an issue that reaches beyond differences across school, region, faith or politics.