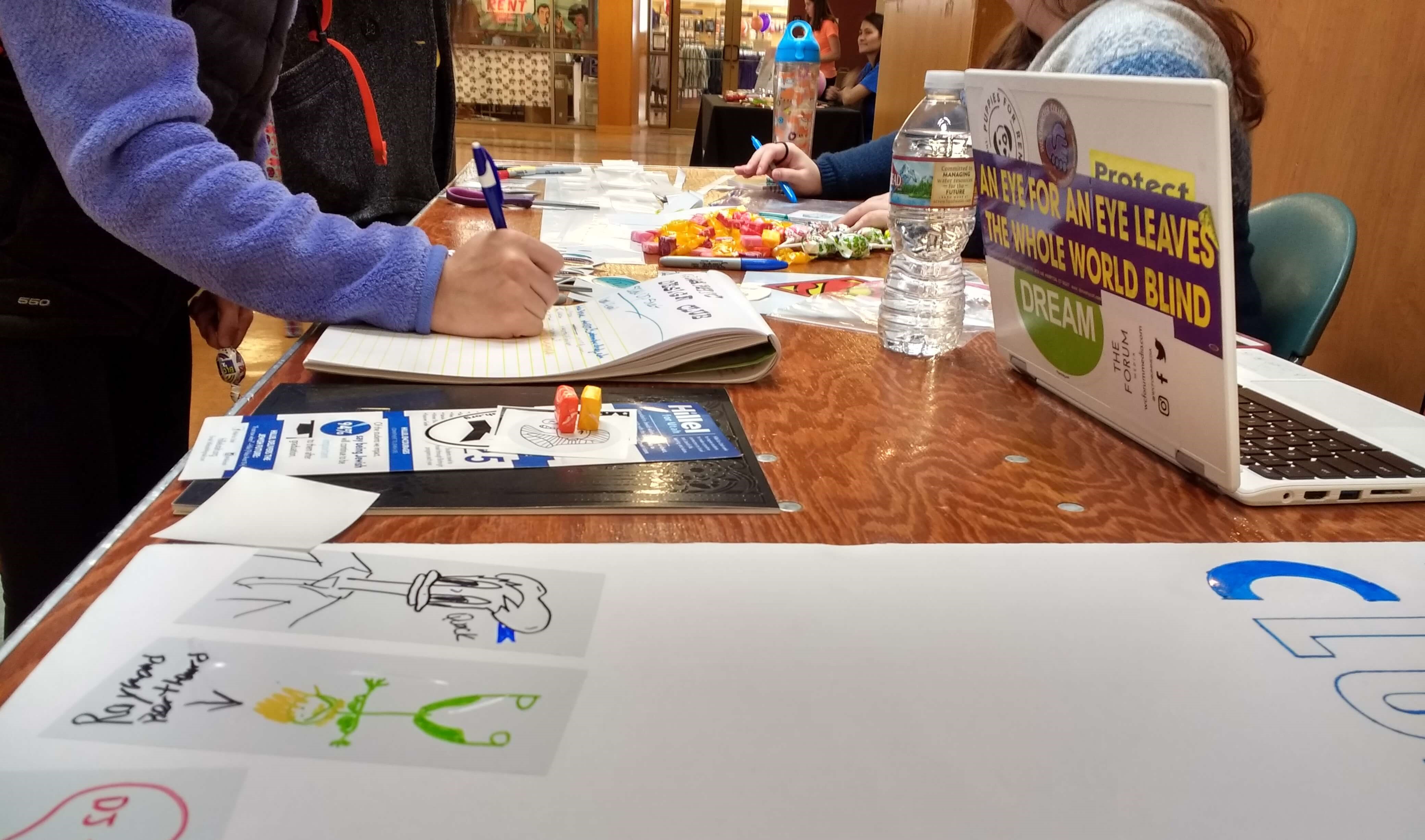 Members of the Design Club table in the Shaw Student Center at Westminster College on Monday afternoon as part of ASW’s first annual Spring Clubs Week. Throughout this week, 12 clubs will table each day in the hope of helping students connect with their clubs. (Photo by Brenna Hart)

The Shaw Student Center at Westminster College bustled with activity Monday afternoon as students and representatives from various clubs gathered for day one of ASW Clubs’ first ever Spring Clubs Week.

Twelve campus clubs will table in Shaw each day until Wednesday to give students an opportunity to learn more about their organizations and with the hope of bringing in new members.

“We want to give people a community on campus,” said Mara Kushner, a representative from Hillel for Utah, a Jewish faith organization.

Clubs Week offers the organizations a new level of visibility to attract prospective members, according to Westminster student Ryan Kruger. 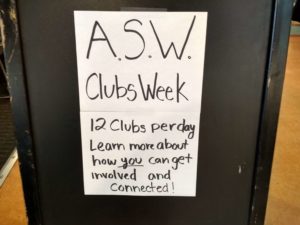 A poster located in the Shaw Student Center at Westminster College advertises ASW’s Spring Clubs Week. Throughout this week, 12 clubs will table each day in the hope of helping students connect with their clubs. (Photo by Brenna Hart)

“It’s a little harder to do it during the spring as opposed to the beginning of the year, but at the same time I definitely feel like we’ve attracted new people and new members,” said Kruger, a representative of Intervarsity, a non-partisan religious group on campus.

Elaine Sheehan, ASW Clubs President, told The Forum shortly after she was elected to the position in April that she wanted to increase the visibility of clubs on campus. Now, she hopes the new Spring Clubs Week event will stimulate club growth and activity.

“My hope in creating this Clubs Week is so that students can see that there’s a lot of options for engagement.” Sheehan said. “For me, I believe in the power of clubs to help a student find a place on campus.”

As the number of clubs has continued to grow, the amount of funding allotted to them has declined. In August, ASW Senate granted Clubs $5,000 from the emergency fund to replenish its ongoing fund, which helps clubs with expenses, like equipment or events, that would otherwise exhaust their semestral funds. The fund is also the only source of money for clubs with an “ongoing” status, which means they are brand new and have not yet been allocated money in ASW’s budget.

Funding may continue to be an issue as the number of clubs increase.