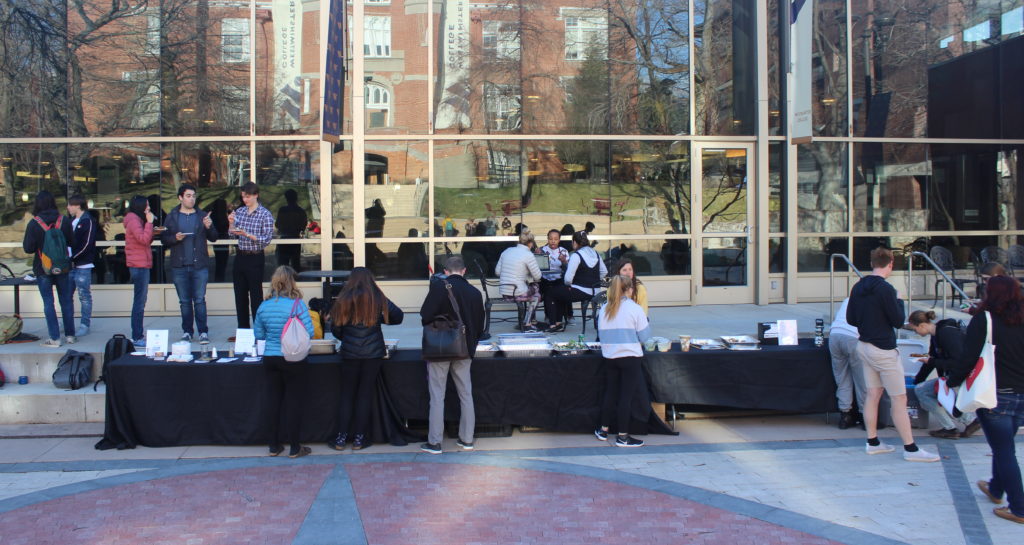 Students at Westminster College line up to taste food at ASW’s vegan food tasting event in the Richer Commons on Wednesday. The event catered from local restaurants Zest, Vertical Diner and Rawtopia and generated a crowd of students who had mostly already tried vegan fare. (Photo by Adrian Edwards)

“We have tried really hard this year to be mindful of different eating styles as well as allergies,” she wrote in a message to The Forum. “We always keep wrappers and stuff so people can check ingredients and try to have a vegetarian option and/or vegan option. We thought that if we showed that the vegan options can be just as yummy, we would have less waste (we often have left over food because people don’t think it will taste good and not eat it, even when it’s all we have left).”

The event, which was catered from Zest, Vertical Diner and Rawtopia, offered food many of the students who attended were already familiar with, since they had previously tried a vegan diet.

“I cook quite a bit, so I’ve been around [vegan food], but I normally don’t deal with the vegan meats,” said Gabriel Rusk, a sophomore computer science major. “So this is a bit new to me. The food is really good. The meat that is supposed to be the chicken wings is really close. Well, just really tasty in general.”

Max White, a sophomore economics major, said he enjoyed the food at the tasting but wished there would have been more simple items, like basic vegetables and grains. 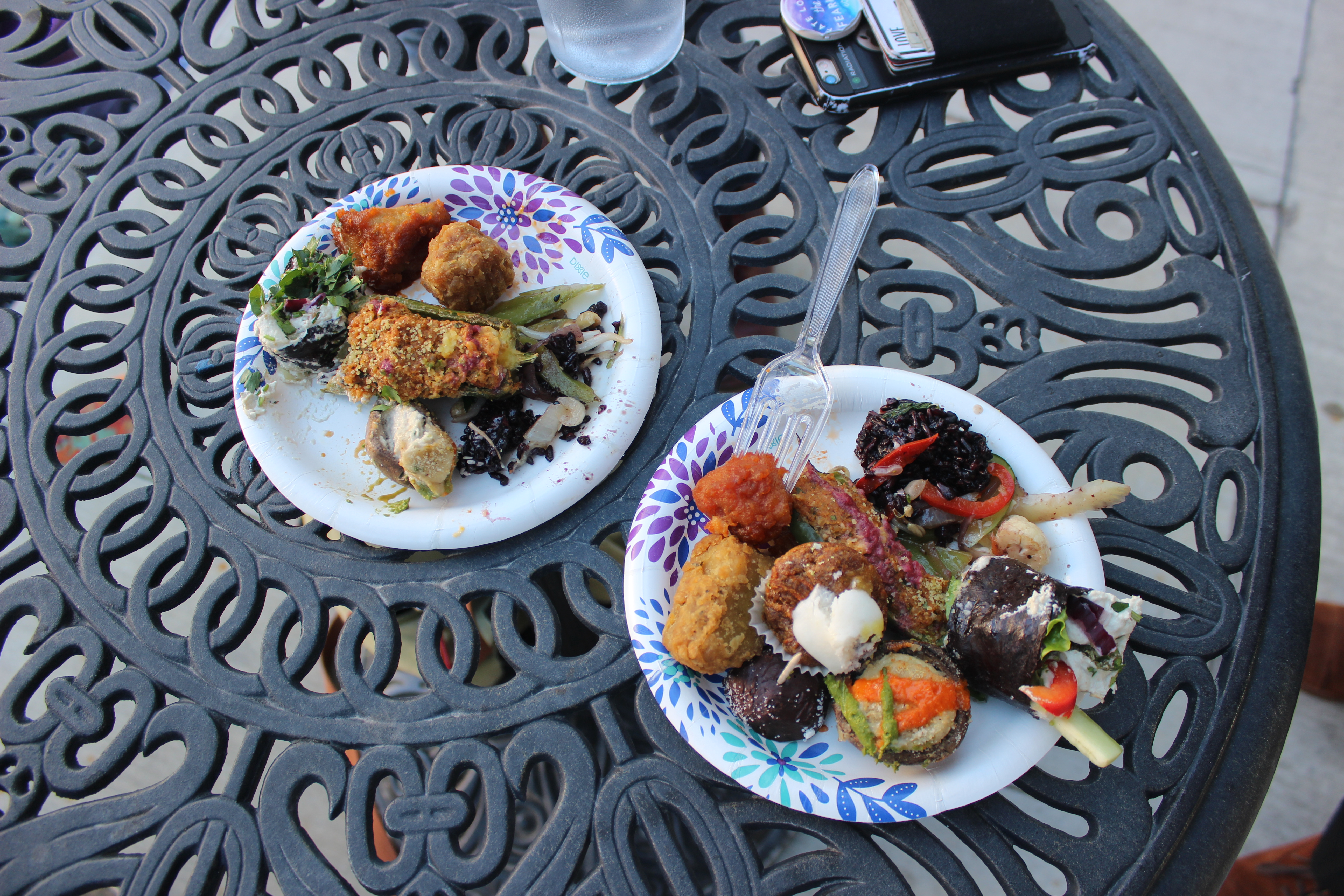 Plates of vegan food from ASW’s vegan food tasting event on Wednesday in the Richer Commons at Westminster College show a colorful selection. The event catered from local restaurants Zest, Vertical Diner and Rawtopia and generated a crowd of students who had mostly already tried vegan fare. (Photo by Adrian Edwards)

“This looks fancy, pretty processed,” White said, noting he was a vegan for a year but is currently vegetarian.

“I would prefer to be vegan, but sometimes it’s a little too inconvenient, especially living on campus,” he said. “Sometimes they slip in a little bit of milk or eggs into something, so it kind of just becomes that way.”

Jamie Crane-Mauzy, a junior communication major, said she’d also tried the vegan diet for a while but chose to stop for a different reason.

“For me, I am not fully vegan or vegetarian because I have a lot of strict things in my life, and I don’t want [food] to be one of them,” she said. “I don’t [want] my food to be an imposition on people.”