ASW Senators pack up after the first Senate meeting of the 2018-2019 academic year adjourns in Dick 102 on Monday. In March, student leaders passed a three-year strategic plan that they say will promote continuity for ASW projects and result in more change on campus. (Photo by Stephanie Held)

ASW Senate passed a three-year strategic plan outlining its overall “goals and priorities” at its last meeting of the academic year last month — a policy student leaders say will promote continuity for projects and result in the opportunity to generate more change on campus.

“The strategic plan is really going to be the basis of how we go about our special projects and where we focus our efforts and energies throughout the year,” said Maggie Regier, the newly-elected ASW vice president. “It’s important because it keeps everyone on track and it keeps a goal, an end goal, in mind.”

According to Gabi Sanchez, the current speaker of the Senate, developing a strategic plan was a priority for the 2017-2018 Student Board, comprised of ASW President Sabi Lowder, Vice President Kaydee Gilson and Chief Justice Bex Kemp. 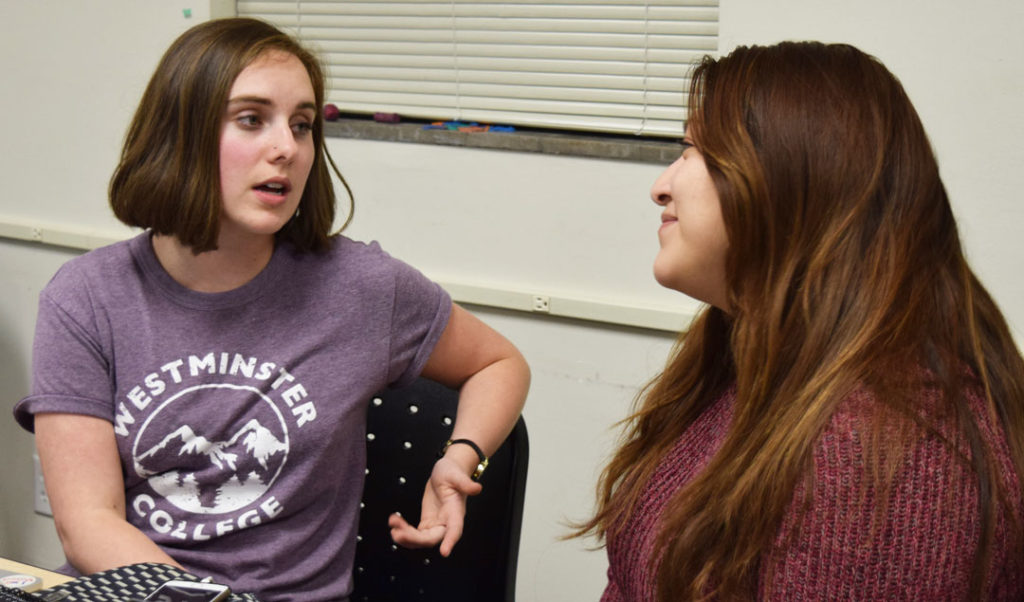 Newly-elected ASW Vice President Maggie Regier speaks and ASW President Jazmin May attend the first Senate meeting for the 2018-2019 academic year in Dick 102 on Monday. In March, ASW Senate passed a three-year strategic plan that Regier and May say will guide their initiatives and special projects during the next academic year. (Photo by Stephanie Held)

Sanchez said the strategic plan was based on a framework proposed by James Steur, the 2015-2016 speaker of the Senate, that ASW had approved during that academic year. All of the organization’s five branches had a chance to review the document before the Senate officially approved it, she said.

One issue the plan seeks to address is the lack of continuity between ASW projects because of frequent student turnover. With a mostly or entirely new Student Board elected each year, that makes it difficult to build momentum on initiatives, Gilson said.

“The strategic plan is a way to ensure that the things that a board — a student board — is working on continues past their time,” Gilson said. “So that [way], there’s not always new ideas that come in, get halfway through and go unfinished.”

“A lot of times when ASW takes on [a] project, it’s for the academic year,” Sanchez said. “But a lot of the things that would really influence students, they aren’t going to be able to be accomplished in just a year.”

Some of the potential projects outlined on the plan include improving ASW’s relationships with non-traditional, transfer and graduate students; increasing student awareness about the purpose of ASW; and developing a womxn’s center — spelled with an “x” because the center would also provide resources to Westminster’s LGBTQ+ community, said Gilson. 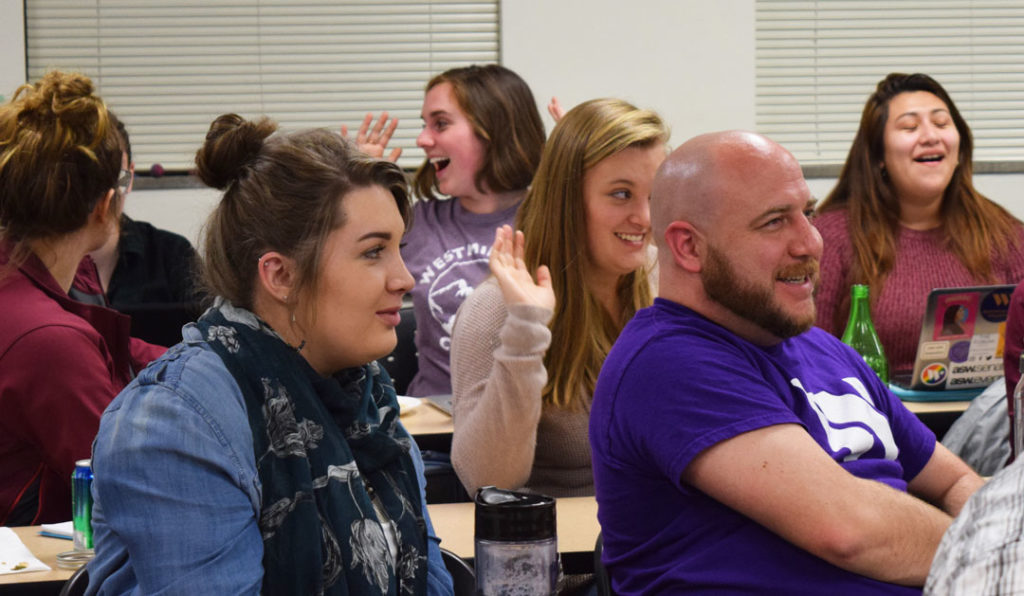 Westminster College student leaders celebrate after passing the 2018-2019 ASW budget at the first Senate meeting of the 2018-2019 academic year in Dick 102 on Monday. In March, the Senate passed a three-year strategic plan that its sponsors say will assist the organization to take on larger, long-term projects. (Photo by Stephanie Held)

Lowder said she realized the importance of a strategic plan after she assumed office following the unexpected resignation of ASW President Ben Pok last semester.

“It’s just a reality of being alive that you almost can never accomplish as much as you hope to, but you can definitely try,” Lowder said. “Setting up the strategic plan will hopefully guide the next board […] and give them sort of a map [of] where they want to go and where they want to take ASW.”

Lowder said the overall goal of the strategic plan is to positively affect students on campus and she wants them to know they can reach out if they disagree with any of its elements.

“We want feedback from students,” Lowder said. “If they hate the strategic plan, like, send me an email — tell me that you think it’s shit. […] We want to know if you don’t think we’re accurately representing you.”

Erin Gaykowski, a junior public health major and a member of the Public Health Activities Team (P^HAT), said she agreed with the strategic plan’s goals and noted that P^HAT has similar priorities, as well.

MaryJo Dalton, a sophomore justice studies major, said she also agreed with ASW’s areas of focus but was unsure if the plan would actually create change on campus.

“I feel like I’ve heard all of these [goals] before, so I’m cautious about how effective they’ll actually be,” she said.

*Note: ASW President-elect Jazmin May is also a staff reporter for The Forum.