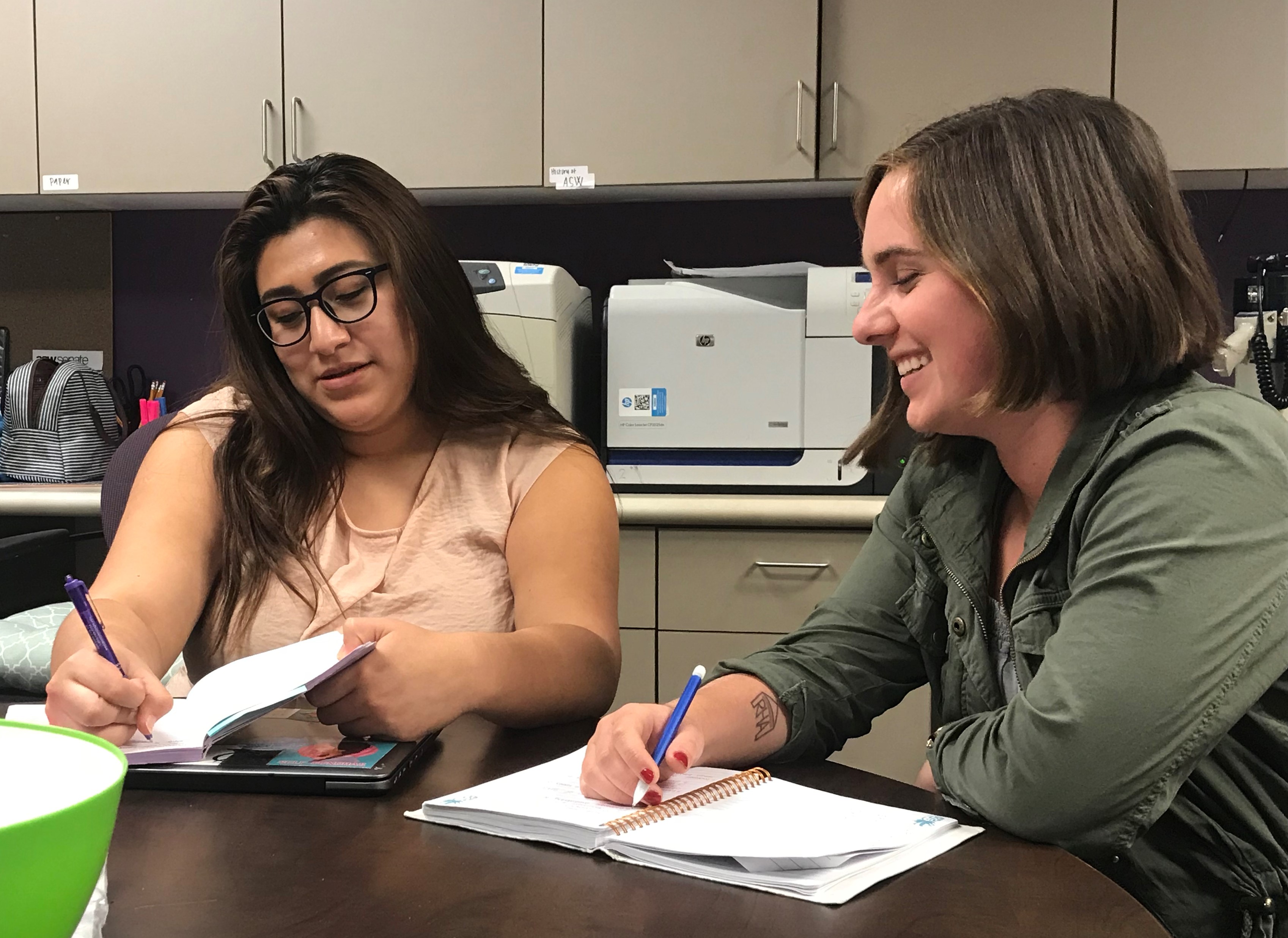 ASW President Jazmin May and Events President Maggie Regier work together in the Shaw Student Center on Aug. 31. May and members of the student board said they want to emphasize diversity, inclusion and transparency when interacting with students this year. (Photo by Cami Mondeaux)

ASW President Jazmin May said she will use her time in office to increase transparency between ASW and the student body and promote diversity and inclusion.

She said this includes diversity and inclusion not just on campus, but within ASW as well.

“I think in general, the student board and myself as president are all striving to be more inclusive and diverse,” said May, a senior communication major. “Some of the things we are talking about are having a diversity and inclusion training for our student leaders, to make sure we’re being inclusive and diverse when we have different events on campus.”

May said she also aims to make the relationship between ASW and the student body more open and transparent.

This includes collaborating more with different programs and clubs on campus as well as “being more visible” and working to “let students know what [ASW is] working towards and what [ASW’s] goals are.”

“We solidified those goals, […] so we have those three different committees,” said Miller, a junior business management major. “People on our board are split into each committee, and we each have objectives of how we are going to do it.”

Westminster College students agree that ASW should improve transparency with the campus community.

Remi Jackson, a sophomore public health major, said he knew little about ASW until recently. He said he thought May’s plan to improve ASW’s transparency and communication with the students would benefit the campus.

“As a freshman, I didn’t realize that ASW existed,” Jackson said. “I think that making it more relevant could do a lot for the student body.”

Other students agreed that ASW needs to do more to improve relations between the organization and rest of campus.

“We get emails from ASW, but [I] tend to just skip over them,” Russell said. “In Shaw, they have announcements on the screens, but they tend to get really outdated. Also, I feel that ASW needs to create an environment that students want to be involved.”

To address these student concerns, May said she plans to re-introduce the ASW and Chill event from last year which allows students to meet their representatives and ask them questions. She also said she wants to extend the event space further into Shaw, not just in the ASW office, with the hopes of increasing student involvement.

May said she wants to remain realistic in her expectations of what ASW can accomplish this academic year, and said she hopes next year’s student board will continue working toward the goals she has set.

*An earlier version of the story incorrectly identified ASW Events President Izzy Miller as a sophomore business management major instead of a junior.