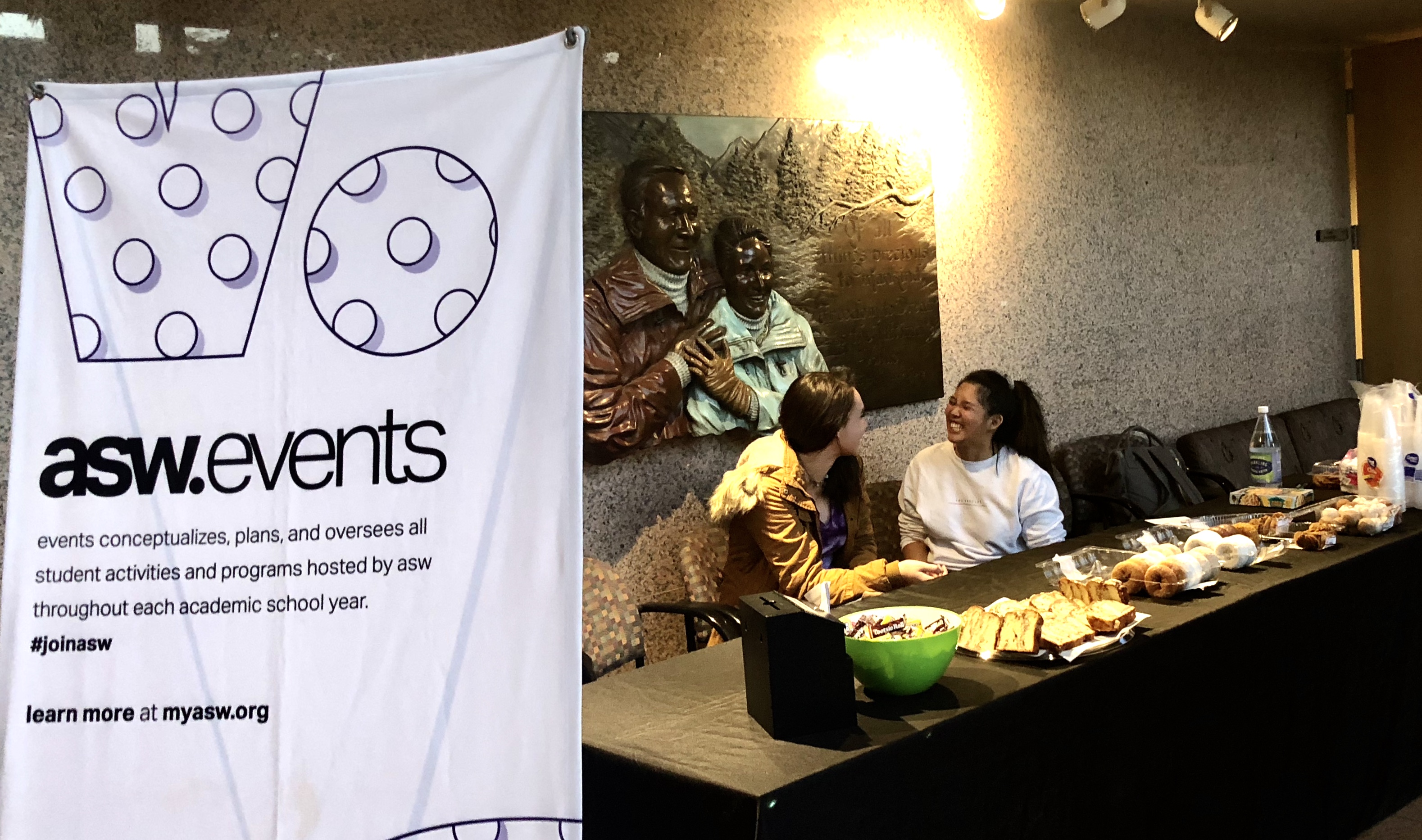 ASW Events hosts a Taboo Talk on Oct. 11 about the importance of cultural appropriation awareness during and beyond Halloween in the Gore Auditorium. Before the lecture, drinks and treats were offered to those in attendance outside of the auditorium. (Photo by Seaira Moller)

With Halloween approaching, individuals are beginning to determine what they will dress up as for the holiday. ASW’s latest Taboo Talk speaker urges society to not mimic other cultures without knowing the history, the traditional appropriate attire and intention of the dress.

On Thursday in Gore Auditorium, Portia Saulabiu, retention coordinator at the University of Utah, spoke on the importance of cultural appropriation awareness during and beyond Halloween.

Cultural appropriation is the act of taking from someone in an under-represented or minority culture who doesn’t have as much privilege as the majority culture, according to Saulabui.

Appropriation of cultures can happen based on any number of identity or affiliation categories including race, religion, citizenship, etc.

“You have to know the historical context of where these symbols, items, traditions pieces come from,” Saulabui said. “So, when folks don’t have that information, that knowledge, [it’s] very easy to appropriate something without knowing its direct intention originally.”

Halloween is the most apparent time of cultural appropriation, according to Saulabiu. Many individuals will sexualize, manipulate and misrepresent other cultures for a costume.

Saulabiu said an example of this is when individuals misrepresent the Latinx culture by painting their faces as a white skull with flowers. In Latinx cultures, they celebrate the Dia de Los Muertos, or Day of the Dead, which is not a celebration of Halloween. The intention is to honor those who have died and are living on in loved one’s memories. It is not common to see individuals painting their faces as dramatically.

“I feel like with social media you don’t get clap back so quickly,” senior psychology major, Allie Millerberg said. “In person, someone will hopefully call you out immediately. But, when you post it, it takes a while for you to realize a problem.”

In the era of social media, individuals scroll past a lot of cultural appropriation daily, according to junior marketing major Emma Heyn.

“It is important to give people the education of what cultural appropriation is, the harmful effects, and how to take action to stop it in their daily lives,” Millerberg said.