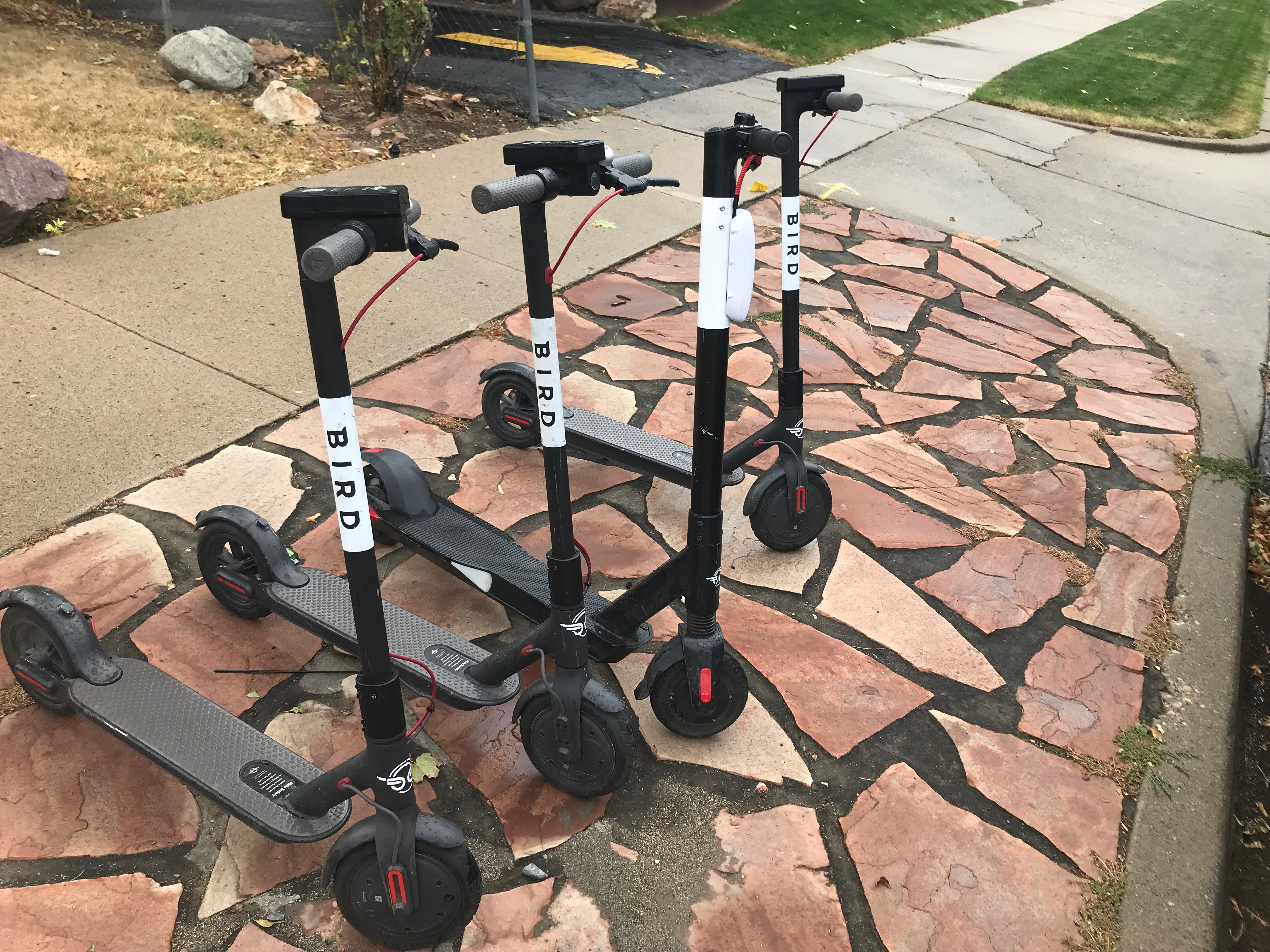 The only requirements to use them are a valid driver’s license, a credit card and the app. All around Salt Lake City and Sugarhouse, there are electric scooters scattered along the streets, ready to be used.

Bird and Lime are California based ride-sharing companies that allow users to rent a scooter, ride it and leave it anywhere for the next person to use. There’s no need to return the scooter to where you first picked it up.

Short trips on these scooters are relatively inexpensive. Both companies charge $1 to unlock the scooter plus an additional 15 cents for each minute of riding.

The price and ease of these scooters are not the only things making them so popular. Both Bird and Lime offer cash to users who sign up to charge scooters at home. At the end of the day or when batteries are low, chargers can pick up and charge scooters overnight and return them to the street, fully charged and ready to use the next day.

Charging scooters for Bird and Lime could be an easy way for Westminster College students to make “some extra money if they are busy with classes,” said Sophie Schreiber, a senior living in Behnken Hall. 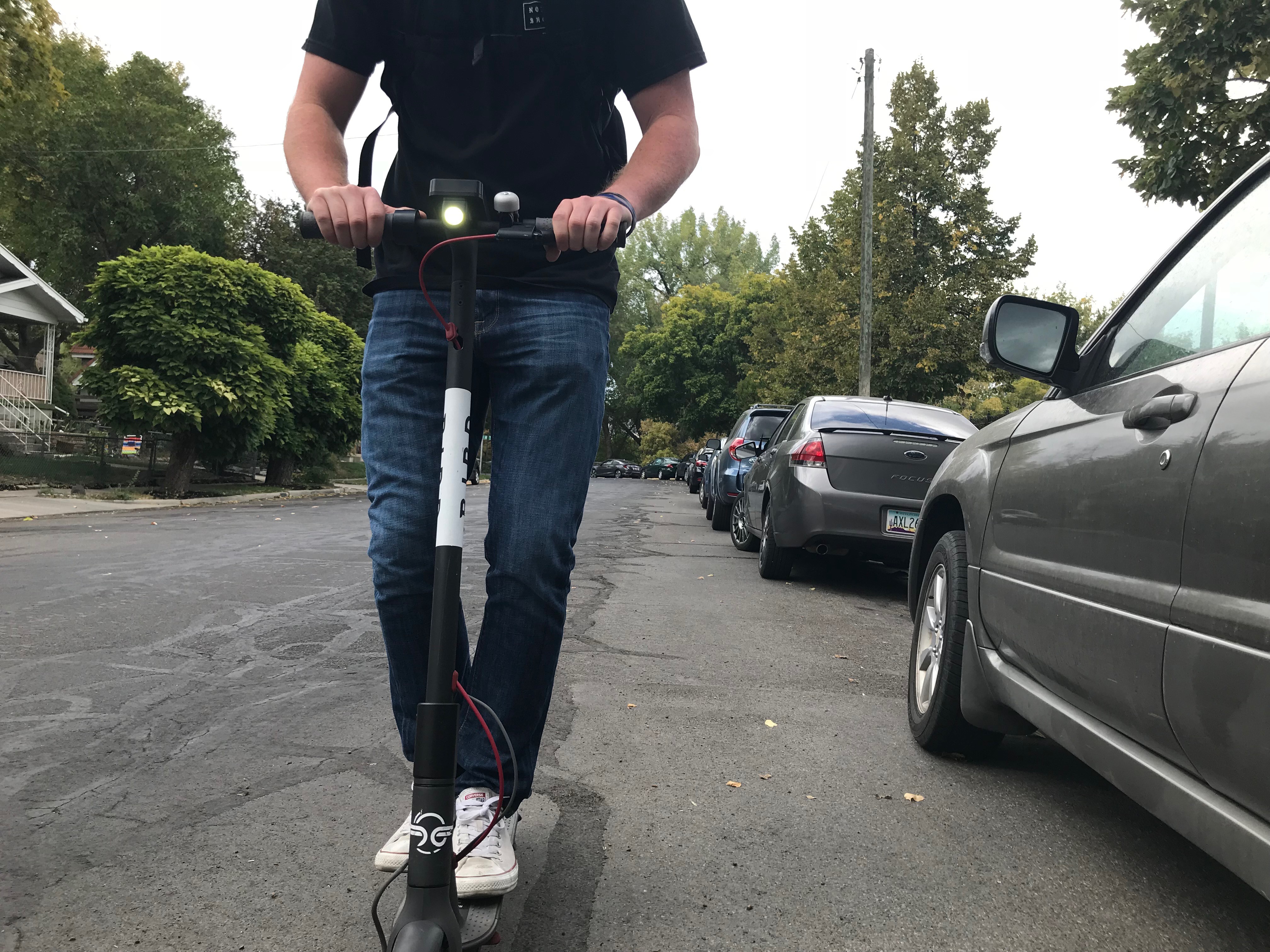 Nate Wade, a senior business major, rides a Bird electric scooter for the first time on Oct. 2. E-scooters have become a popular mode of transportation in Sugarhouse but due to potential crashes, riding them on Westminster College’s campus is not allowed. (Photo by Alex Dooley)

“I feel like the students are using the electrical outlets for their personal use anyways, so what’s the difference?” said Addison Rosner, a senior accounting major.

While students may feel like they should be able to charge the electric scooters in their residence halls, currently Westminster campus policy prohibits charging electric motors in college-owned housing. This includes off-campus housing like Westminster on the Draw.

“[It’s a] part of our policy from a number of years ago, […] instituted when the hoverboards were in,” said Karnell McConnell-Black, dean of students. “Because the battery part of it was overcharging and causing physical and property damage to students and so we moved a few years ago to say things like that are not allowed to be charged in the halls because of safety.”

Riding the scooters on campus is also prohibited because of the potential for accidents, according to McConnell-Black.

“You can ride your scooters to campus,” McConnell-Black said. “When you start talking about on campus, whether it’s scooters or hoverboards or mopeds, things of that nature, we say that’s not allowed because of the safety risks and accidents happening.”

Students that violate college rules are subject to disciplinary measures as described in Article III Section 15 of the student handbook.

In a campus-wide email sent on Nov. 14, McConnell-Black provided a list of do’s and don’ts for electronic scooters on campus. 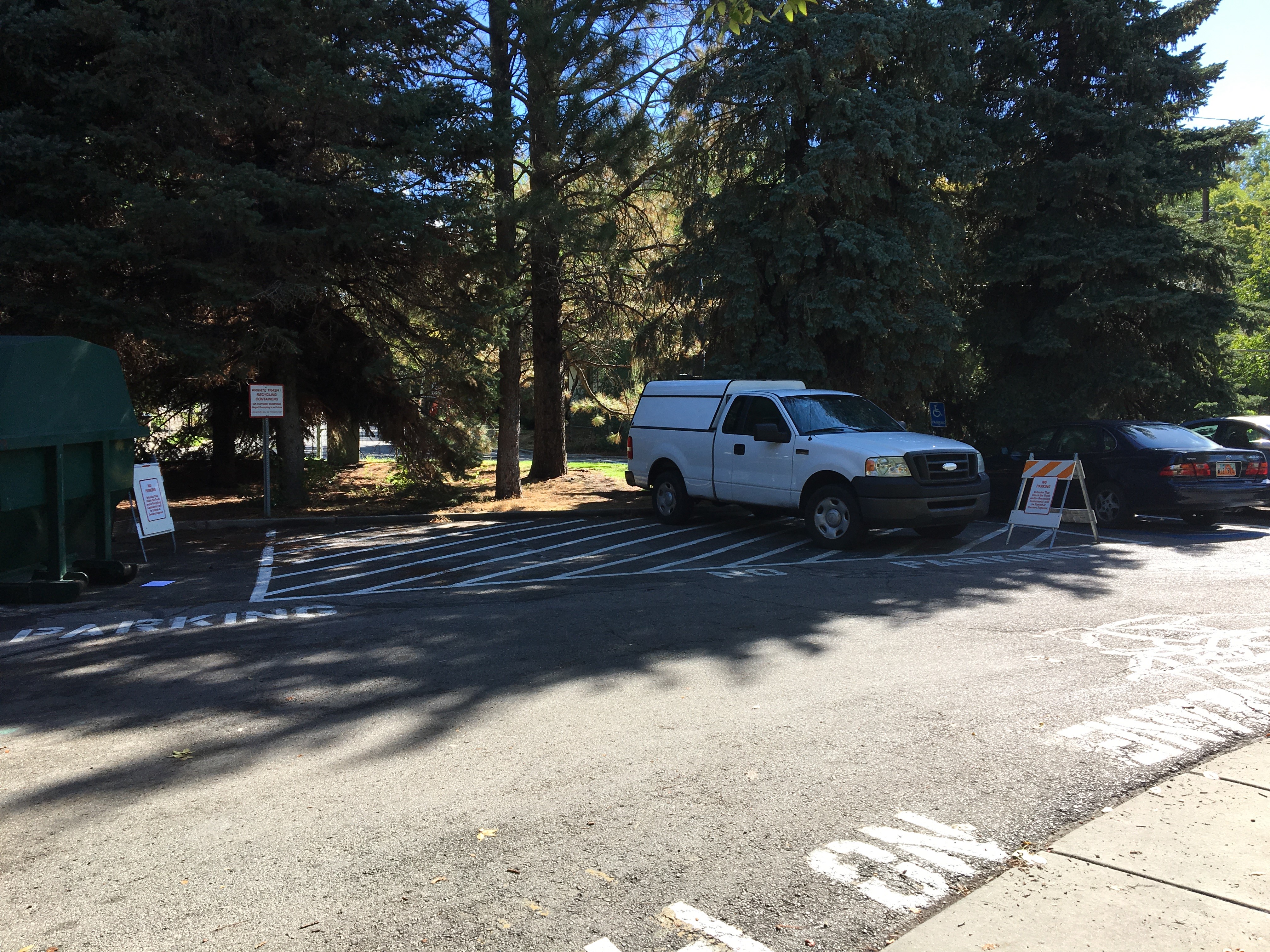 An approved electric scooter drop-off/parking area outside of Hogel Hall at Westminster College in 2018. Since riding the e-scooters are forbidden on campus, Westminster has designated two areas for students to drop off e-scooters. (Photo courtesy Bri Buckely)

With such high interest and use from students, Westminster has established two drop-off areas where students are encouraged to leave their scooters after riding to campus, said Bri Buckley, director of campus safety.

“While the electric scooters are not allowed to be ridden on campus, as stated in the Student Handbook and Residential Student Handbook, we recognize that they can be a great means of transportation to campus when ridden safely,” Buckley said.

“I think that it’s a good idea because the campus is really beautiful and it’s like a little secret village,” said Katana Urry, a first-year student living in Olwell Hall. “When [people] go to look for scooters they’d come here [and] it would be easily accessible for students and help keep everything going green.”