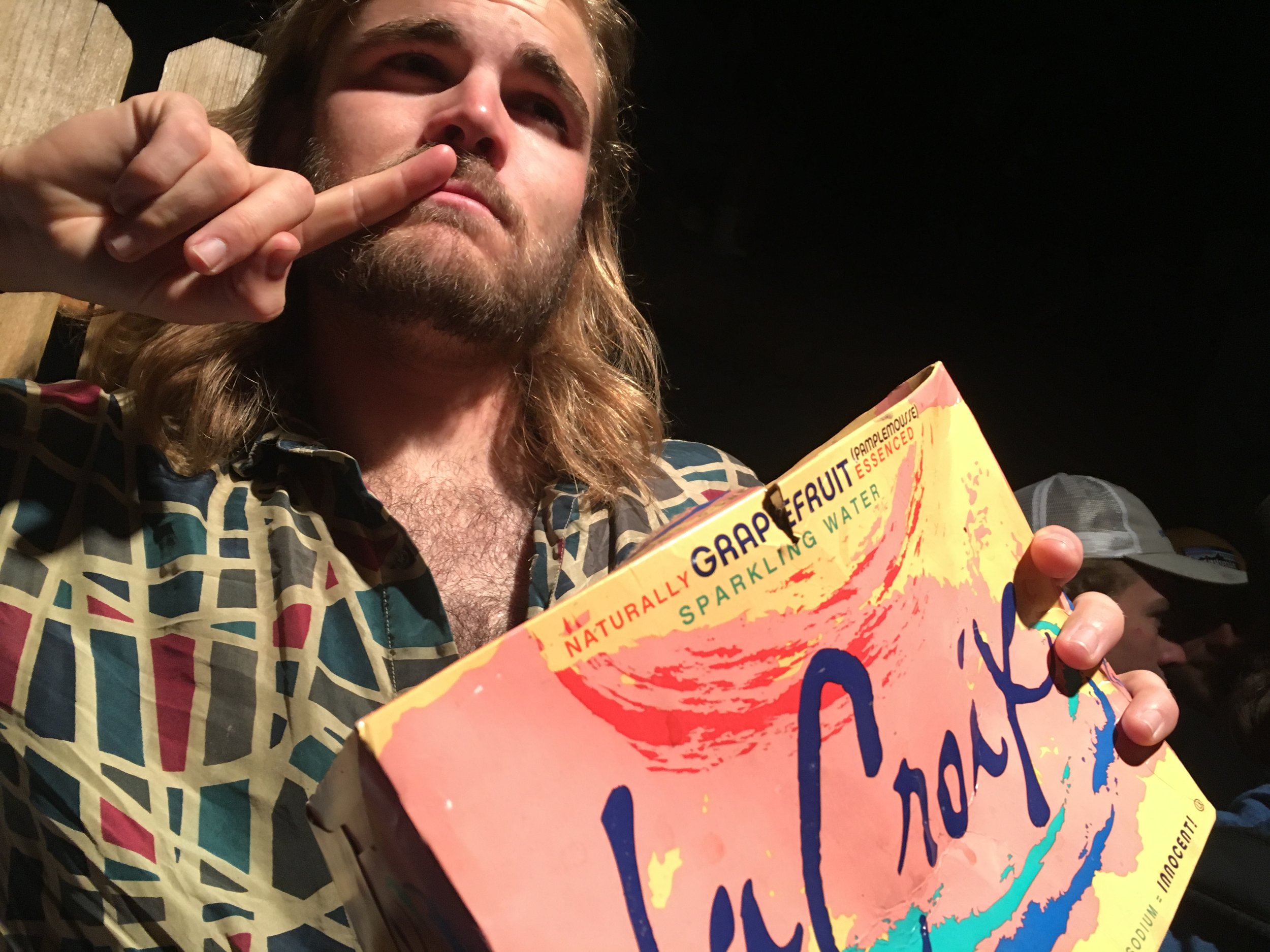 Finnegan Townsley, a sophomore environmental studies major, proudly carries a box of LaCroix at a party. “LaCroix has a definite culture at Westminster,” Townsley said. “I would say it’s probably the second biggest culture after skiing because everyone drinks LaCroix. There’s always a LaCroix at the party.” Photo by McCall Mash.

Olivia Wathne said she has always admired her mother, Kelly.

From a young age, she said Kelly—who hasn’t sipped regular water since her twenties, long before Wathne was born—taught her to take pride in drinking the “bubblies.”  Though Wathne said she eagerly soaked up this piece of wisdom, it wasn’t until January that her love for carbonated water developed.

“I was recently shopping in Whole Foods,” Wathne said. “I saw all of these beautiful colored boxes in aisle five and they were all to my left—a whole row—and everything was just glowing.”

Wathne, a senior communication major, said she has slowly but surely made her way down aisle five, trying flavor after flavor.

“It literally, honestly improved my life,” Wathne said. “LaCroix has changed my life.”

Wathne isn’t alone. Sparkling water has yet again become the chic drink of choice, and many of Westminster College’s mineral water fanatics said there’s a cultural revolution in the works—starting with LaCroix, the students’ choice brand of carbonated water.

“LaCroix has a definite culture at Westminster,” said Finnegan Townsley, a sophomore environmental studies major. “I would say it’s probably the second biggest culture after skiing because everyone drinks LaCroix. There’s always a LaCroix at the party.”

Westminster partygoers can often spot Grady Mellin, a senior physics major, with a LaCroix in hand. But for him, LaCroix is simply a lifestyle that transcends barriers.

“[LaCroix] is more of a lifestyle,” Mellin said, pausing to take a drink of his lime flavored LaCroix. “It’s just like one of those things—that you just crush ‘Croixs.”

Mellin then offered me a “‘Croix” I had a choice between his two favorites: pure or lime.

After exchanging drinks, Mellin said he first became hooked on LaCroix because of the bubbles, which both he and Wathne said makes the drink better than regular water.

Since ancient times, that “pleasing taste and mouthfeel” of carbonated water has historically risen and fallen out of popular demand, according to History of Soft Drinks. However, starting in the late ‘80s and early ‘90s, carbonated drinks have steadily become commonplace “no matter where you look.” 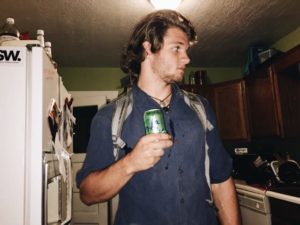 Grady Mellin, a senior physics major, drinks a can of lime LaCroix at a party last semester. Mellin said at his peak he crushed 40 cans of LaCroix in one day but his average is usually 12, which is roughly 4,380 cans per year.

“LaCroix culture is the remembrance of the ‘90s,” Wathne said. “You used to remember it when you were a little kid and [now] you recognize it in the store. And you think, ‘Wow that hasn’t been around for a long time’ and all of a sudden it comes back, so then you get it. And I think the people who think that same way and are able to recognize that— that’s what LaCroix culture is.”

LaCroix’s extensive marketing campaign has created a cult following by boasting over 20 flavors, an ambassadors program, a page full of recipes, its own hashtag (#LIVELACROIX) and a colorful fact page with questions ranging from “How is ‘LaCroix’ pronounced?” to “Is LaCroix Non-GMO?”

(The answers to the questions you didn’t know you cared about, or maybe you did, are: “La-CROY. It rhymes with ‘enjoy’” and “LaCroix does not contain any genetically modified organisms (GMO) therefore LaCroix is Non-GMO.”)

Like Mellin, Townsley said LaCroix is more than a simple drink with a comprehensive marketing campaign—he said it is a uniting force.

“The thing about LaCroix is that it bridges so many gaps between cultures,” Townsley said. “It brings people together. There really is no one culture because it encompasses every culture.”

In this spirit of unity, Townsley said he thinks Westminster should place a LaCroix vending machine on campus. He said the college might profit more off the drink than it would with its 2.9 percent tuition increase.

Wathne also said she would like to see a LaCroix vending machine on campus or at least free LaCroix with every tuition increase.

However, not all students said they understand the LaCroix movement. Rosanise Odell, a junior environmental studies major, said she enjoys LaCroix but said the culture baffles her.

“People buy them in multiple boxes at once and drink them all so quickly,” Odell said in a message. “Why don’t people just drink normal water? Like… Water is free, flavored water is not so idk.”

Though not all students understand LaCroix culture, those who do said it is something special.

Editor’s note: McCall enjoys a nice can of sparkling water here and there… or maybe multiple times a day.

McCall Mash
McCall is a senior communication major and public health minor who is a lover of new food, the fine arts and storytelling. When she’s not busy editing, you can find the Salt Lake native playing outside, hopping on a plane or enjoying a cup of tea. McCall began her career as a reporter covering education for The Sugar House Journal, she also spent a semester pursuing her passion for geology as a ghostwriter and copy editor with the Utah Geological Survey and experimented as a broadcast news intern with ABC4 Utah. She is eager to spend her final year at Westminster as The Forum’s managing editor.