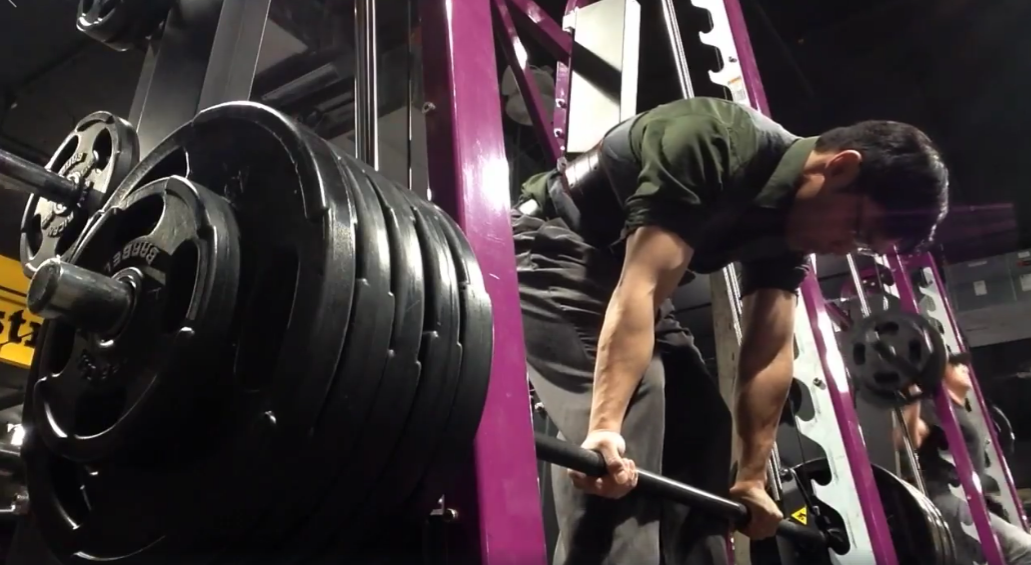 Steven Seril practices his powerlifting while wearing a dress suit. Seril is a four-time 1st-place, powerlifting champion and wears a suit to the gym as a way to honor the identity he reclaimed after suffering from amnesia as a result of being hit by a car while riding his bike in 2016. (Photo courtesy of Steven Seril)

Students, faculty and staff might recognize Steven Seril by his signature dress clothes which he wears to lift weights on campus.

Seril’s connection to Westminster College is through his wife, Diana Mavlanova, an alumna of Westminster’s nursing program and a yoga instructor at the Dolores Dore Eccles Health, Wellness and Athletic Center (HWAC).

Some community members might find Seril’s choice to powerlift in dress clothes confusing or, in the case of his wife, a little embarrassing.

Morgan Wright, a flight operations major, said he has seen Seril at “random times” in HWAC and “would be interested to know why he [wears dress clothes while lifting].” 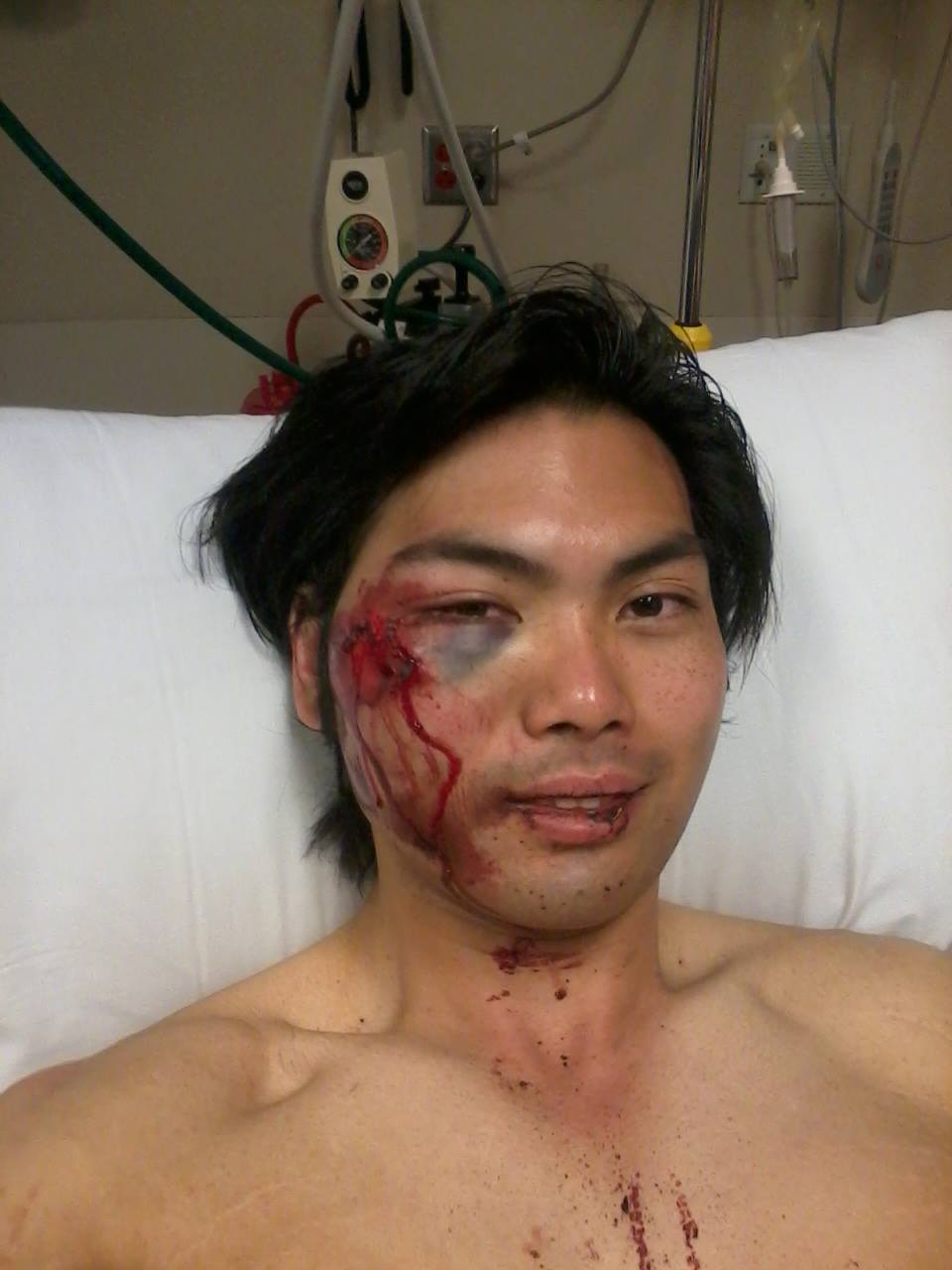 Steven Seril rests in the hospital after being struck by a car while riding his bike and left bleeding on the side of the road in 2016. Seril is a four-time, 1st-place powerlifting champion and wears a suit while lifting to remember who he was after he suffered from amnesia from the accident. (Photo courtesy Steven Seril)

In 2016, Seril was hit by a car while on his bike and suffered major brain and bodily trauma as well as amnesia. He said he wears dress clothes, something he wore to school, work and the gym before the accident, to remind himself of who he is, was and wants to be. Seril said he also hopes his story can inspire others because he wants to help other people achieve their goals in any way he can.

The Forum sat down with Seril to talk about his powerlifting, accident and clothing choice. His responses have been lightly edited for clarity and conciseness.

Q: What does powerlifting mean to you?

A: I feel that I found a great deal of purpose in powerlifting. It is a sport I know I can do. It is a sport where I don’t have someone shouting in my ear, putting me down, telling me what to do. I train at my pace, in my style, in my way, on my time.

Q: Why do you lift in dress clothes?

A: I lift in dress clothes for many reasons. I would say, because I feel at home in them. […] It brings me back to a time when I was younger in a single-parent home and I wanted to go to school in the best clothes I could [regardless] of how much or how little money we had. […] And when I was in that accident and forgot who I was, people were there to tell me stories and remind me of this thing I used to do. They reminded me of these things I used to wear that helped to make me, me. […] I remember that I am who I am. I represent that. I own that.

Q: What happened before and after the time of your accident? Where did the accident take place?

A: It was May 14, 2016. I don’t remember the day much at all but was able to piece it together from what others told me. I was heading out to get an anniversary gift for my girlfriend on my bike. My neighbor also asked for some Tylenol, so I rode off from my apartment in West Valley City to get those things from the store. The rest is black. I don’t remember. The person who found me, Ron, told the police that he saw “a champagne colored car take off like a bat out of hell,” from me as a I lay bleeding on the side of the road.

I suffered from amnesia in the week following and had forgotten my own name and who I was. […] They told me that I was kind, loving, caring, and strong. They told me that I had been a teacher. […] Everyone did what they could so that I would remember and I did. […] Three weeks into my recovery, I heard from friends and family that they believed my girlfriend of five years was flirting with another guy online. She ran off with him on June 3, leaving her promise ring […]. 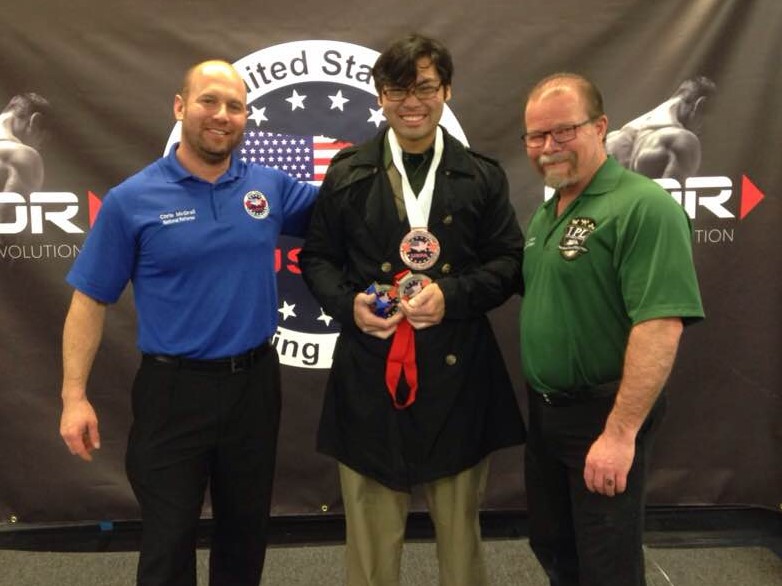 Steven Seril shows his medals after a United States Powerlifting Association competition. Seril wears a dress suit while powerlifting in memory of his childhood in a single-parent household. (Photo courtesy of Steven Seril)

I hope my story can stand as an example of hope and as an inspiration to others out there who are struggling in their own ways, during their own dark times.

Q: Can you tell me more about your powerlifting journey, where you started, where you are now?

A: My background was in bodybuilding. I picked it up because I was tired of being obese and unattractive. […] I was bullied heavily as a kid, a fat kid. […] I wanted a change. I wanted to be the best version of me that I could be.

Before my accident, I bulked up into the 180s, got into great shape, and began lifting heavier, which surprised the much bigger people in the gym. I felt strong and powerful and capable. I liked that feeling.

After the accident, I couldn’t train heavy and lost my strength, mass, and mobility for a while. It was crippling and crushing to lie in bed like that. […] I trained with my medical bands and weights as light as 2 lbs. until I could progress to machines. My strength grew and grew day by day and I realized, I remembered how great it felt to lift again.

Q: Have there been any wardrobe malfunctions while lifting in a suit?

A: I actually have been very good with choosing dress clothes that are durable, even for these types of heavy movements. Haggar is a great pants manufacturer. Those pants just don’t rip easy. I used another pants brand once […] and it ripped during the bottom of a squat. It was funny and I fixed it with my trusted sewing kit, no problem. 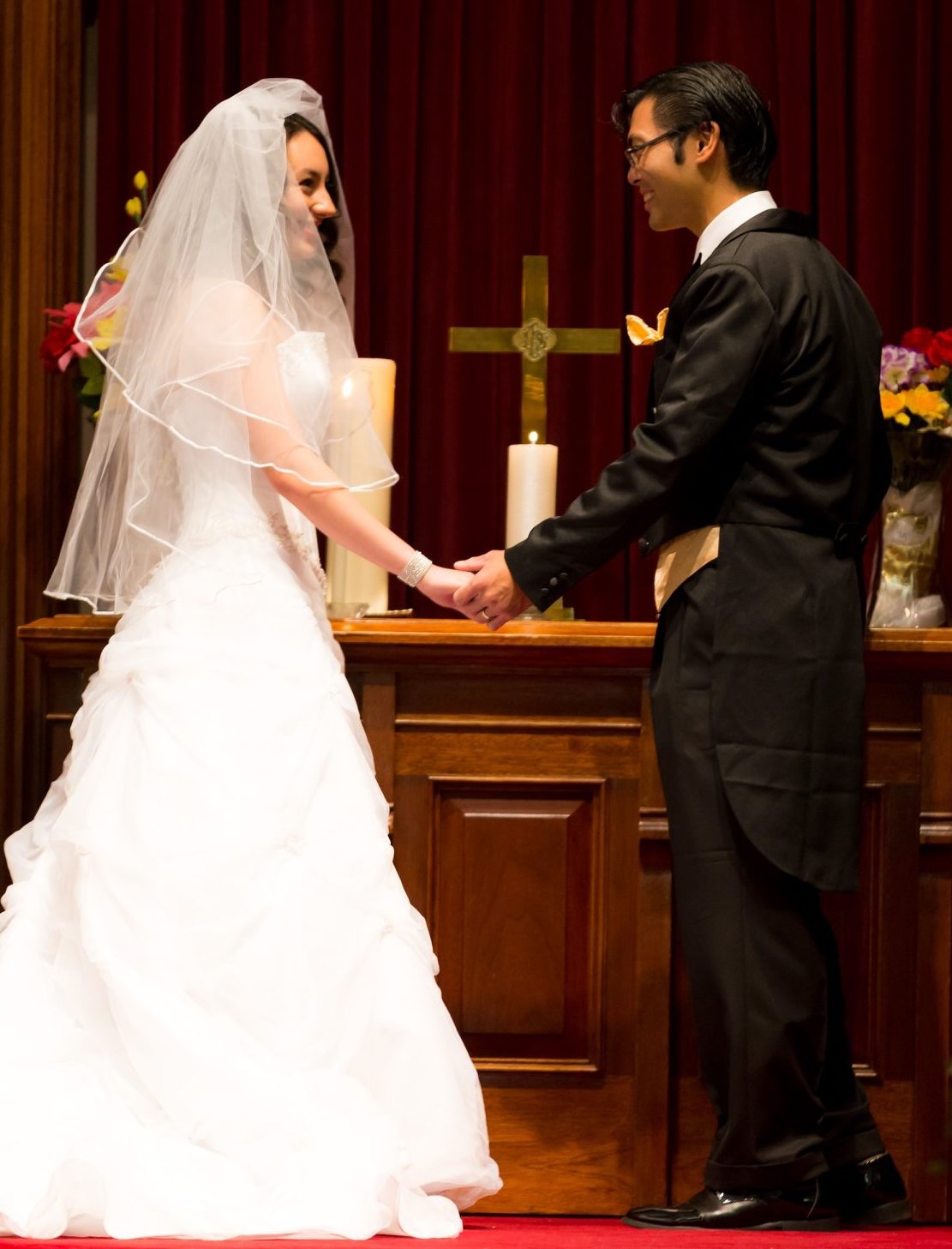 Steven Seril and Diana Mavlanova, an alumna of Westminster College’s nursing program, are married at First Baptist Church of Salt Lake City on July 7. Seril said he and Mavlanova “conquer the world together as a team” and that she is supportive of his powerlifting.

Q: Is there anything you would like people to know about you?

A: The greatest thing I ever wanted to be in life is a great husband. I feel I am accomplishing this. I am happily married to my gorgeous and talented wife, Diana, a yoga instructor and Westminster grad, and we conquer the world together as a team.  I am proud of my wife. I am a teacher, a custodian, a security guard, a maintenance person, a writer, and a powerlifter. I am proudest to be Diana’s husband. For that reason, I won’t be wearing my dress clothes so much while lifting at Westminster anymore. I will wear them while touring gyms across the state. I look forward to competing on November 3rd at the Salt Palace. I am the guy who made his first 1,000 lbs. total with two sprained wrists in February, who pulled a deadlift for over 10 seconds in June 2017 and finished it to a standing ovation, and who continues to defy the odds. I am Steven Seril. I am a champion.

*A previous version of this story referred to Seril’s clothing choice as “a dress suit” which implies geared lifting in the powerlifting community which is not the type of lifting Seril participates in. It has been changed to “dress clothes.”