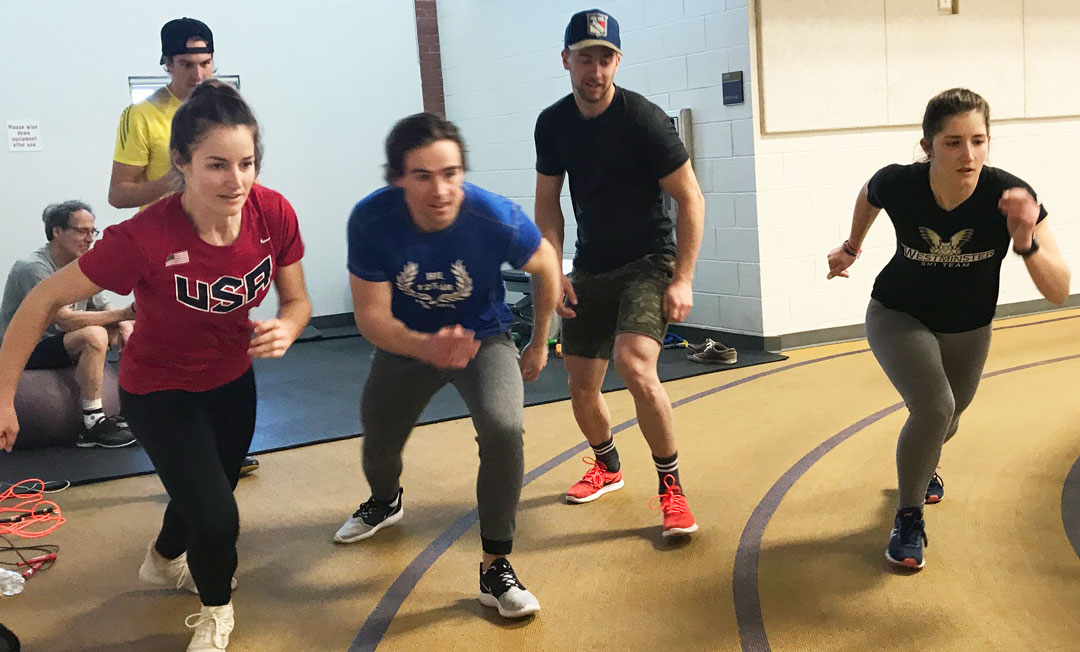 Westminster College’s ski team prepares to run on the indoor track in the Dolores Dore Eccles Health, Wellness and Athletic Center on March 27. With less snow in Utah this year than in past seasons, the ski team practiced indoors more instead of going up to the mountains. (Photo by Olivia Causse)

The lack of snow this winter prevented the Westminster College ski team from preparing for its races, limiting the opportunities they had to run through the gates and the amount of times they could go up to the mountains to train.

“We would’ve liked to have better preparation for [this season], but we didn’t have it,” said Chris Hendrickson, the head ski coach.

Snowbird received 215 inches of snow between December and February, with 35 snow days, according to One the Snow’s website. Last season, Snowbird received 363 inches in 52 snow days in the same time period, the website reported.

Practicing running through the gates is a big part of the team’s training, Hendrickson said. To combat the poor snow conditions in Utah, the team traveled to Colorado every weekend from the college’s Thanksgiving Day break until its winter break to train. 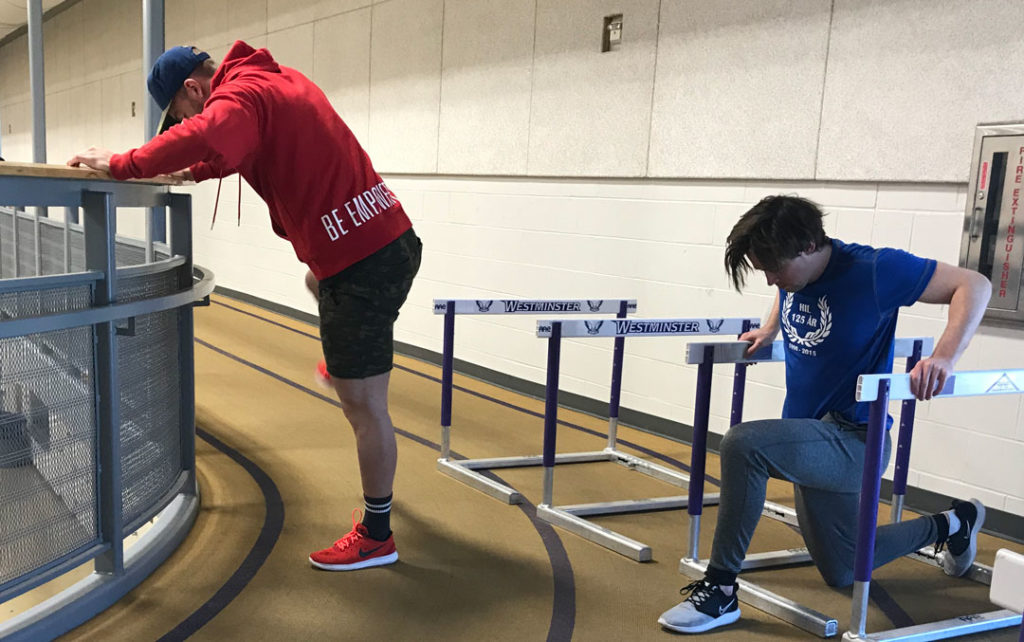 Kristoffer Berger and Mikkel Klingenberg Wahl, members of Westminster College’s ski team, warm up during practice on March 27 in the Dolores Dore Eccles Health, Wellness and Athletic Center. With less snow in Utah this year than in past seasons, these indoor warm ups allow the team to gain strength for their competitions. (Photo by Olivia Causse)

“It’s a major time consumption,” said Raffael Breu, a sophomore communication major. “You’re, like, sitting in a car for 16 hours for, if you’re lucky, eight hours of training.”

Juliette Gauthier, an undeclared first-year student, said the limited amount of time she and her teammates spent in the mountains influenced how they competed in their first race.

Gauthier said she felt stressed for some of the races because there wasn’t a lot of training prior to competition, but she still felt she’d improved this year.

At the beginning of the season, when the team was in Utah, it trained at local resorts.

“We have a pass to Snowbird and Park City because Park City [didn’t have enough snow],” Gauthier said. “We took a pass in Snow Basin because they made some [artificial] snow.”

Gauthier said the team was able to train at the resorts more toward the end of the season than in the beginning of the season, since there was more snow.

When they weren’t running through the gates, the team went free skiing and did “gym stuff” to prepare for competitions, Hendrickson said.

Though this helped the athletes become physically prepared for their races, Hendrickson said it’s better for the team to run through the gates.

“There’s nothing like being able to train in your sport,” he said.

But overall, Hendrickson said, a lot of it was out of the teams’ control.

“We made the best [of what] we could,” he said. “We can’t make excuses but that’s the unique thing about an outdoor sport where you’re weather dependent.”