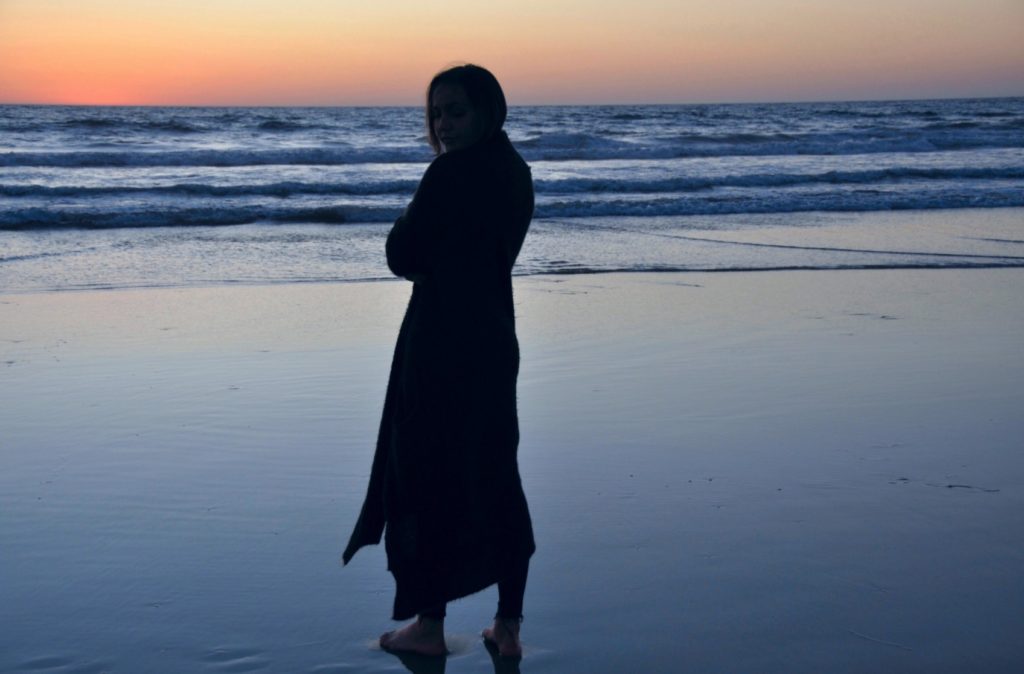 Madison Mansfield thought the night her ex-boyfriend shattered her nose and attempted to strangle her would be the one of the worst experiences of her life.

But, she said, the ensuing months-long Title IX investigation at Westminster College — which fell far outside guidelines for resolving complaints from the U.S. Department of Education’s Office for Civil Rights (OCR) — may have come close.

“It’s almost caused me more harm than good to be part of this Title IX investigation, and that’s never how it should be,” said Mansfield, who gave The Forum permission to use her full name.

The investigation negatively impacted her grades, stripped her of her feeling of safety both on and off campus and ultimately led her to transfer to the University of San Diego in California after three years at Westminster, she said.

The issue of sexual misconduct has caught national attention in recent months, as politicians and powerful men in the entertainment and news industries have faced fallout from a range of allegations.

“The national conversations surrounding sexual assault are making people think about how deeply embedded rape culture is in our society,” said Sabi Lowder, a junior custom major who sits on the college’s Title IX student advisory committee, in an email. “Sexual assault and harassment can happen anywhere. It’s probably happened or happening within whatever institution you’re apart of, and we all need to be listening to survivors when they speak up.”

There had been a history of verbal and physical violence in her relationship.

Soon after Cian Bremer-Zydenbos, then a student at Westminster, broke Mansfield’s nose, someone anonymously reported the abuse to the college’s Title IX Office. That thrust her into an investigation that lasted almost her entire junior year — though she’d initially thought her case would be open and closed.

Alex, a senior at Westminster who requested The Forum use only her first name, also struggled within the Title IX system. She was roofied twice during her first two years on campus and was plunged into the process after someone overheard her disclosing those events to a friend.

Finding out through an email from the office that someone had reported her assaults was “shocking” and “overwhelming,” she said.

Sexual violence is common at campuses across the United States. Statistics show that roughly 1 in 5 women is likely to be sexually assaulted in her life,  according to the Centers for Disease Control and Prevention.

“Title IX isn’t going to solve rape culture or gender discrimination or anything like that because that’s not what it’s built to do; it’s not built to change culture,” she said. “It has to work in every legal way. It has to protect the school and it protects anyone, any party, involved in a Title IX investigation, which is good. But it also has its downfalls because of how retraumatizing it can be for victims.”

After a student said their case was mishandled at Westminster in 2013, the OCR initiated an investigation into the college in 2015. At the time, the school was one of more than 100 colleges also under investigation and the first under scrutiny in Utah.

The OCR closed its investigation in October, concluding there was “insufficient evidence to establish that the college discriminated against the complainant as alleged,” according to its decision letter.

The office ultimately concluded the probe raised no issues of “systemic concerns” and that no further investigations were needed.

In most cases, students are not required to go forward with a Title IX investigation, according to Jason Schwartz-Johnson, Westminster’s Title IX coordinator.

Both Mansfield and Alex initially did not want to pursue an investigation and Alex ultimately decided not to. But in Mansfield’s case, the college decided to go forward with or without her — likely after determining there was a safety risk to the Westminster community.

Mansfield said she feels the college mishandled her case particularly because of the length of the investigation.

A typical case is open and closed in 60 days, according to guidelines from the OCR. But Mansfield’s first investigation, which ended in Bremer-Zydenbos’ suspension from the college, lasted nearly five months. The Title IX office didn’t interview him for around two months after opening the investigation, according to emails Mansfield provided to The Forum.

Schwartz-Johnson said he was unable to talk about the specifics of Mansfield’s case but said investigations can last longer if police are involved, as they had been in hers.

“It’s important to do a thorough investigation,” he said. “That’s why it takes a while. It’s not because we’re trying to purposely delay things; it’s because we’re sure that we are making a decision based on the best information possible.”

The Department of Education says police involvement does not remove a school’s responsibility to resolve a complaint in a timely manner and suggests three to 10 days is sufficient for evidence gathering in these cases.

After the first case was closed, Mansfield said she still didn’t feel safe on campus and opened a second one. During that time, Bremer-Zydenbos opened an investigation into her, though she said he’d initially declined to do so. Schwartz-Johnson said a student is allowed to open a Title IX case at any point.

Mansfield’s second case ended in Bremer-Zydenbos’s expulsion from Westminster in May, after he was found responsible for violating the Title IX policy through “engaging in stalking and retaliation,” according to the case determination letter Mansfield provided to The Forum.

The college also found sufficient evidence to support one of Bremer-Zydenbos’s claims that Mansfield had “engaged in dating violence” on the night he broke her nose, according to a separate determination letter Mansfield also gave The Forum.

Mansfield said that instance was self defense, which was difficult to substantiate within the Title IX system.

“How do you prove it?” she said. “The only reason why I was found guilty was because I told the truth the night he broke my nose; I was protecting myself.”

Mansfield said she appealed the determination but was rejected. Her consequence was a healthy relationships class, but she transferred before she could take it.

Because of her experiences, Mansfield said she now doubts whether the policy actually protects students and the Westminster community.

“My point in sharing my identity and my story is not to trash Title IX,” she said. “[It] is to hold them accountable. Although the system is incredibly difficult and retraumatizing, I would still encourage victims to report, and I think it is important for me to say that. I would also encourage victims to seek out alternative resources knowing that it is probable that the Title IX system will fail them as it failed me. I hope it doesn’t.”

Though Mansfield was unhappy with the way her case ultimately played out, Schwartz-Johnson said the college aims overall to create a climate where survivors feel safe.

“I hope that we have created an environment where people feel comfortable going to their faculty or coaches or resident adviser and to me,” Schwartz-Johnson said. “We are very transparent. We’re very open to comment and very concerned about what the students are thinking. That’s what’s very unique about Westminster — the students are very involved and that the administration listens very carefully.”

Alex ultimately did not continue with an investigation at Westminster but called her experience during the interview process “cold” and unhelpful.

She also noted she was concerned that climate could point to larger issues with addressing sexual misconduct on campus.

“I think that Westminster does have a rape culture,” she said. “I think that we try to say that we don’t because we’re a forward liberal arts school, but we do have this rape culture in that it doesn’t help the survivors as much as we claim to.”

Despite these challenges, Alex decided to stay at Westminster. But as Mansfield missed more and more classes throughout the investigations, she struggled emotionally — and her grades dropped, too. She took incompletes in all her classes for fall 2016 and said part of the reason she decided to transfer schools was to ensure her safety and education remained her top priority.

“I’m a really good student, and my grades have significantly dropped from this and it’s impacted even my emotional state daily,” she said. “It’s going to be better for me academically and emotionally [to transfer] because [I’ve been] dealing with all of this Title IX stuff and the retaliation from him and being constantly afraid to be anywhere near Westminster.”

Mansfield said she is grateful for her new start at the University of San Diego, where she enrolled in a 40-hour domestic violence advocacy training. Ultimately, she said she hopes this will give her the tools to prevent another survivor from experiencing what she did.

“It feels like Westminster puts this persona on that they treat these issues so seriously and they have no tolerance for things like this,” Mansfield said. “But what they’ve said to me through their actions is that they do.”

Bremer-Zydenbos stayed in Salt Lake City and now attends the University of Utah, she said. Mansfield said he was accepted before he received the Title IX determination — a loophole in the system that made the entire process “pointless and heartbreaking.”

The University of Utah recently changed its policy and now asks applicants to disclose information about suspension, dismissal and pending investigations for violating student code from prior institutions, according to Annalisa Purser, the associate director of communications at the University of Utah.

“In such cases, we do a further evaluation of the applicant,” she said. “We often meet with the person to gather more information and make sure they are aware of our expectations and policies before making a recommendation about whether or not admission is appropriate at this time.” 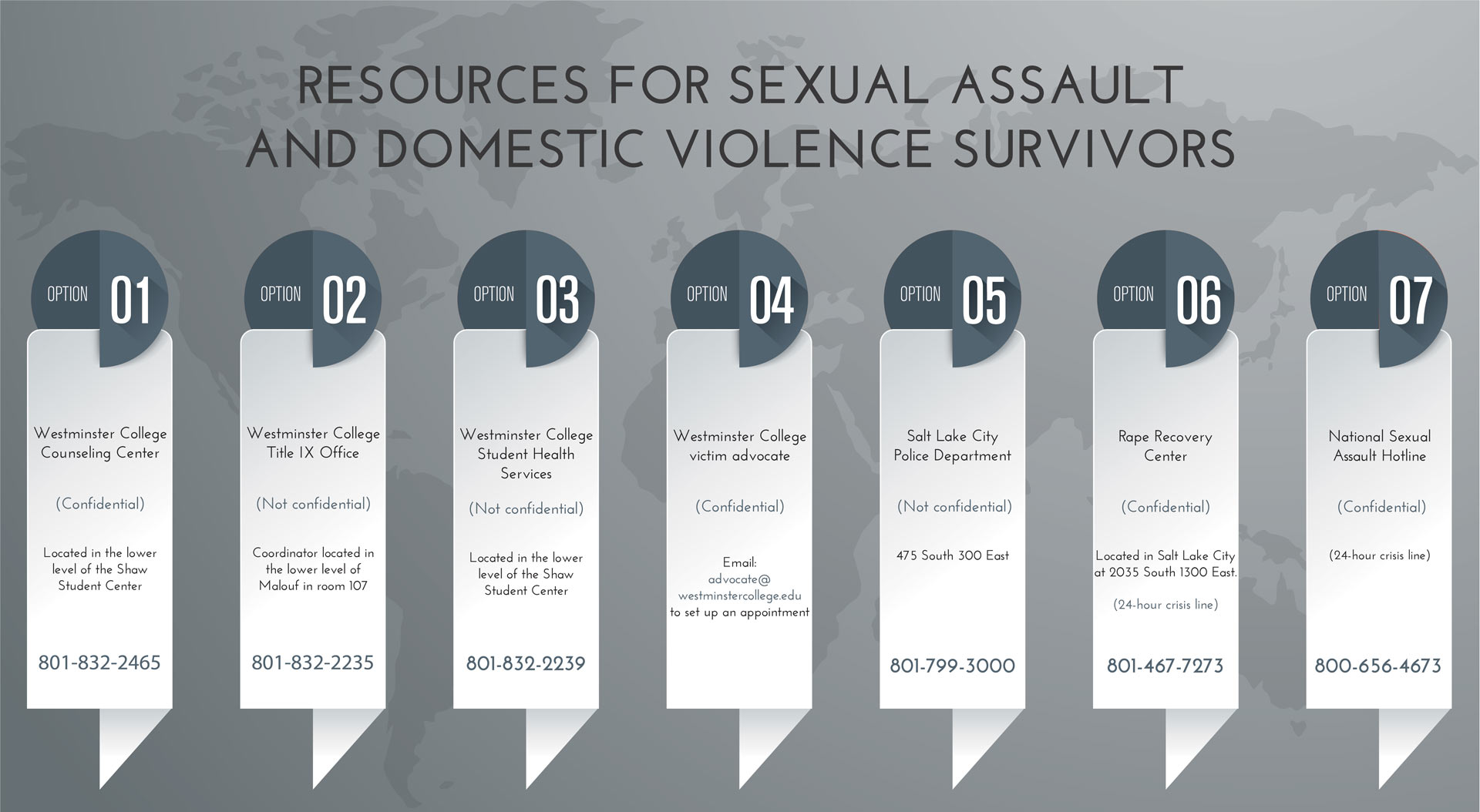