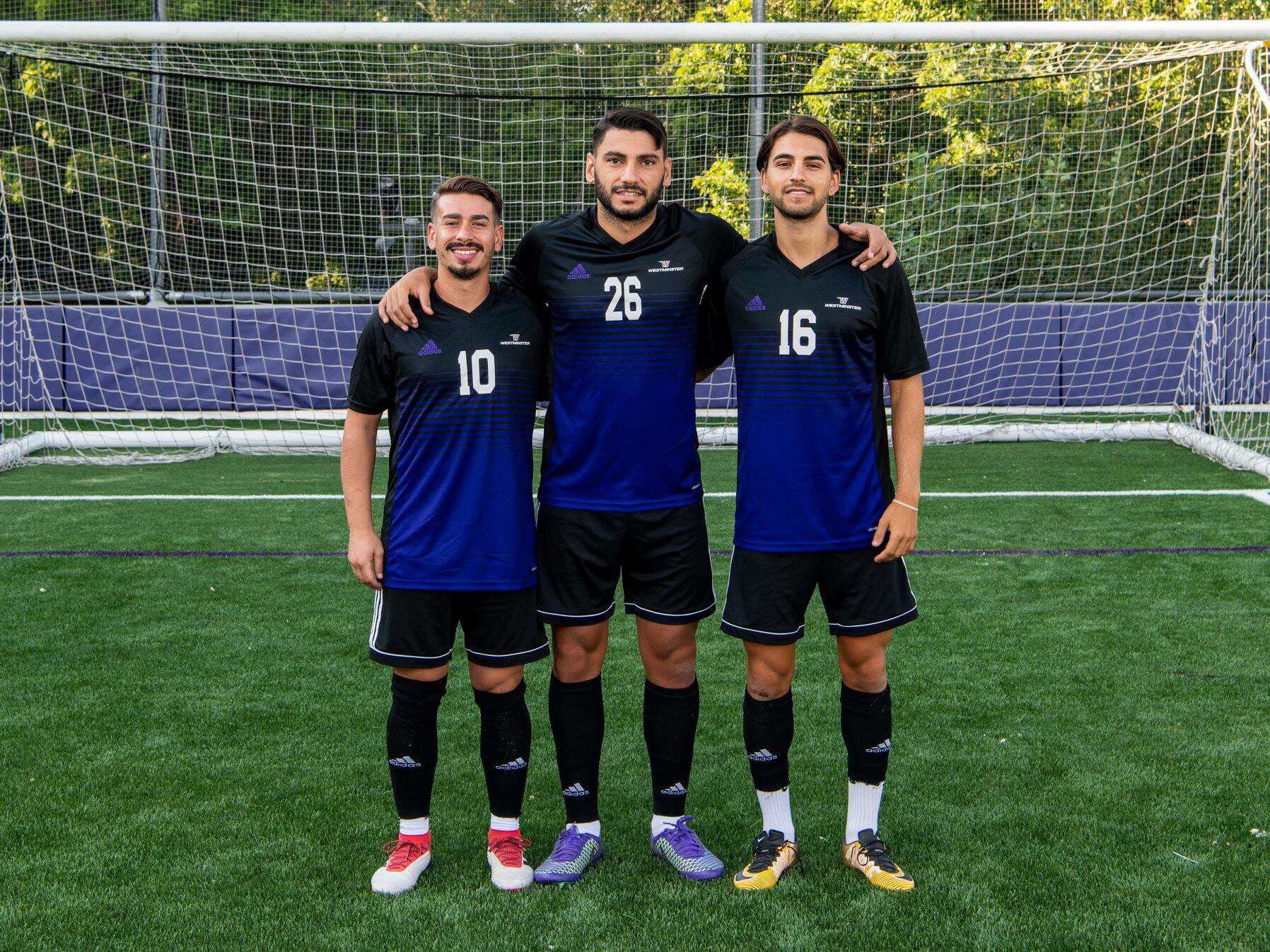 Even though Amit Hefer, Mor Cohen and Adir Hazout are thousands of miles away from home, together they are able to celebrate their Israeli culture in Salt Lake City.

The three are from a city in southern Israel name Be’er Sheva, the largest city in the Negev desert of southern Israel. They now reside together at Westminster on the Draw (The Draw).

There are many Israeli holidays during the month of September, which Hefer, Cohen and Hazout said they were able to celebrate together in Utah. Hefer said they also practice many Israeli traditions together, which has made the transition to “the states” easier.

Since the age of 14, the three played together on an academy soccer team in Israel. They said that high school soccer is not popular in Be’er Sheva, and that everyone plays on academy teams instead.

Academy teams generally are more professional than other teams in Israel, according to Hefer. He said the three of them played with people who have a lot of experience and who are much older than them, even as old as 32.

After high school, Hefer, Cohen and Hazout joined the military. All Israeli citizens over the age of 18 who are Jewish, Druze, or Circassian are required to serve in the military. The normal length of service is around two years and eight months for men, according to Mahal-IDF-Volunteers.org, a guide for would-be overseas enlistees. Hefer, Cohen and Hazout, however, served for three years. 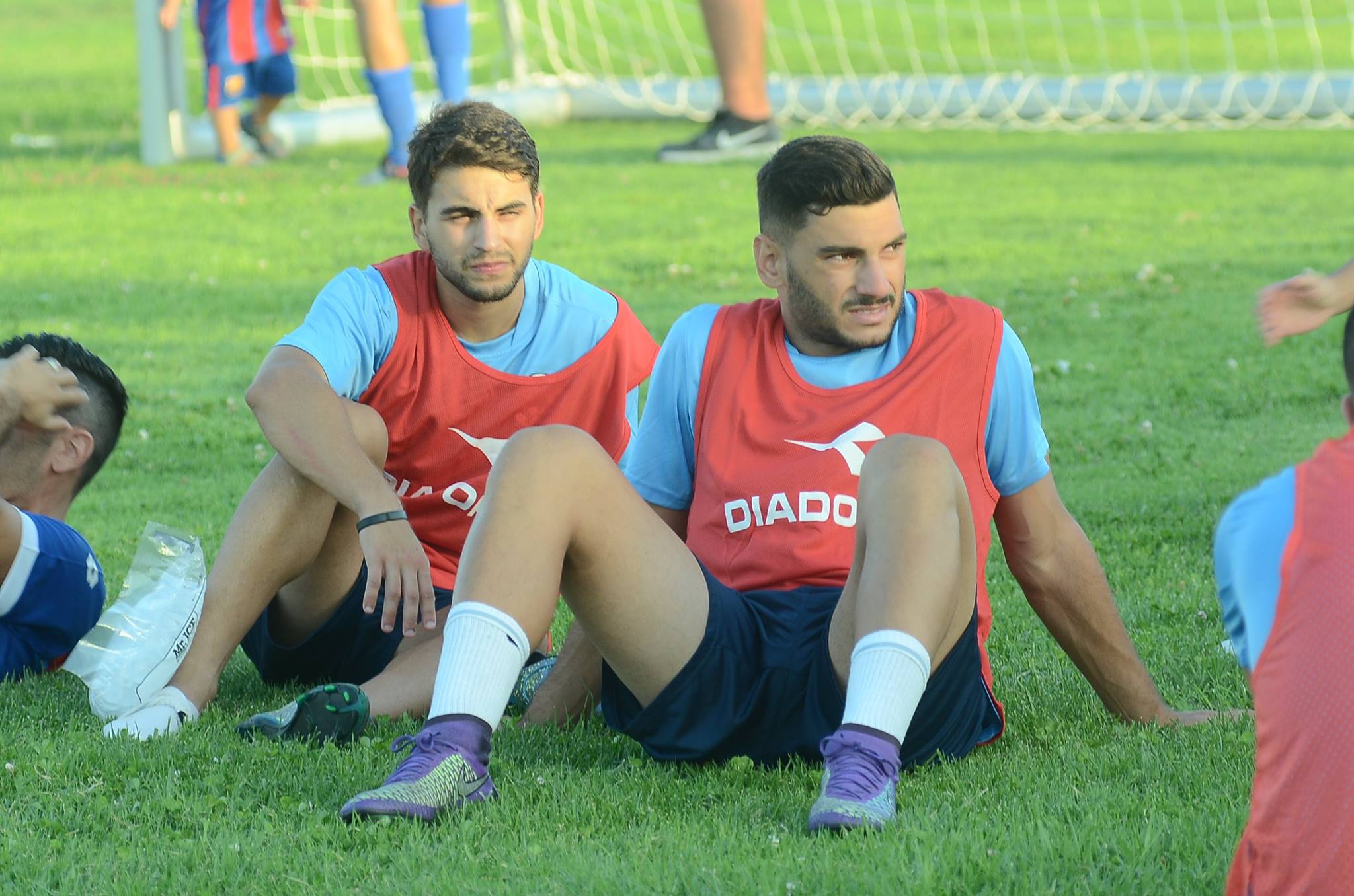 Mor Cohen and Adir Hazout sit on the sideline of a soccer game in Beersheba, Israel in 2016. Since the age of 14, Cohen and Hazout have played together on the same soccer team and continue to do so at Westminster College in Salt Lake City. (Photo courtesy Adir Hazout)

“When you join the army, usually they decide for you like where you are going to be,” said Hefer, a sophomore studying computer information systems. “But you can ask for stuff and maybe they will consider it.”

There were various duties that people serving needed to complete, according to Hefer.

“What we did in the military?” said Cohen, a first-year studying sports management. “It depends on who’s asking.”

“Yeah if we told you we’d have to kill you,” added Hazout, a first-year studying business management.

Hazout and Cohen said they were actually in charge of cleaning laundry and training others at the gym and Hefer said he helped with laundry as well.

Hefer was the first to arrive at Westminster in 2017. He said he had a friend who used to play for Colorado Mesa University, where Westminster’s current head coach, Josh Pittman, used to coach. He said he was recruited through a highlight video he emailed to Pittman.

Cohen followed in Hefer’s footstep the following year, but Hazout said he was hesitant at first.

“[Hefer and Cohen] told me you gotta come with us, but I didn’t want it,” Hazout said. “I didn’t want it in the beginning because I wanted to stay and play in Israel.”

In the beginning, Hazout said he felt hesitant because he didn’t want to leave his family and because he had never lived alone. However, making the move with his friends, Cohen and Hefer, made it easier to transition, according to Hazout.

Also speaking in their native language, Hebrew, and celebrating Israeli holidays together has made the transition to life at Westminster and Salt Lake City much easier, Hefer, Cohen and Hazout said.

Practicing Israeli traditions and celebrating holidays with each other has made the transition to the United States and Westminster fairly easy, according to Hefer.

“All September is the month of holidays,” Hazout said. “It’s like when you guys have Christmas and everything close together. September is our holiday season.”

During the holiday season, celebrations such as Rosh Hashanah, or the Jewish New Year, and Yom Kippur, or the Day of Atonement, take place. All of September tends to be a celebration where families join together, eat food and celebrate, according to Hefer.

Another Israeli tradition is called Shaback. Cohen said it is their “day off” in Israel. The tradition starts on the Friday night and ends on the Saturday night of each week. 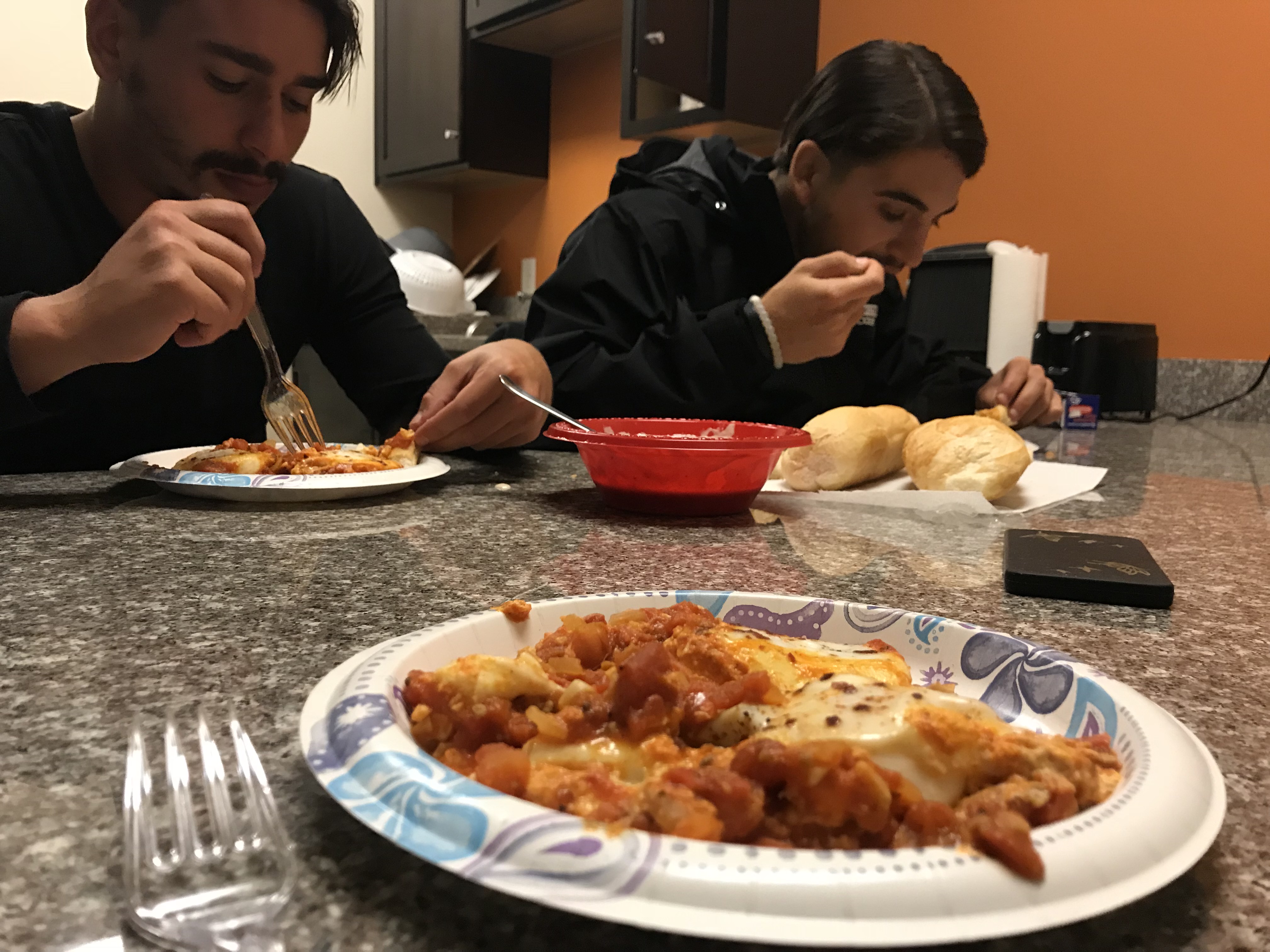 Amit Hefer and Adir Hazout eat a traditional Israeli dish called Shakshuka at their house at Westminster on the Draw on Oct. 10. Hefer, Hazout and their third roommate Mor Cohen said they cook together often and make dishes from Israel to remind them of home. (Photo by Sicilee Williams)

Shaback is not a specific Israeli holiday, but a day that is spent with the people you love, according to Hefer.

“It’s a day that you make dinner together,” Hefer said. “Usually you’re together with the family and it’s a special day.”

Although Hefer, Cohen and Hazout all take turns cooking meals for each other, Hazout cooks a Moroccan fish for Shaback.

At The Draw, they are joined by one other roommate Jordan Penn. Penn is a sophomore at Westminster studying neuroscience. He came to Salt Lake City from Vermont and was randomly assigned to live in the same apartment.

Penn said he has learned a lot about the culture in Israel because of the many traditions and celebrations Hefer, Cohen and Hazout practice together, including Shaback.

“I got to eat with them a couple times on Friday nights and it was really fun,” said Penn. “They cooked amazing food and would tell me all about what home was like for them and fun things they would do all the time.”

Transitioning to the United States and Westminster has been much easier than expected because the three friends had each other, according to Hefer.

“Last year I didn’t feel it, but now when we are having dinner together on Friday nights it’s easier,” said Hefer. “It feels like home.”