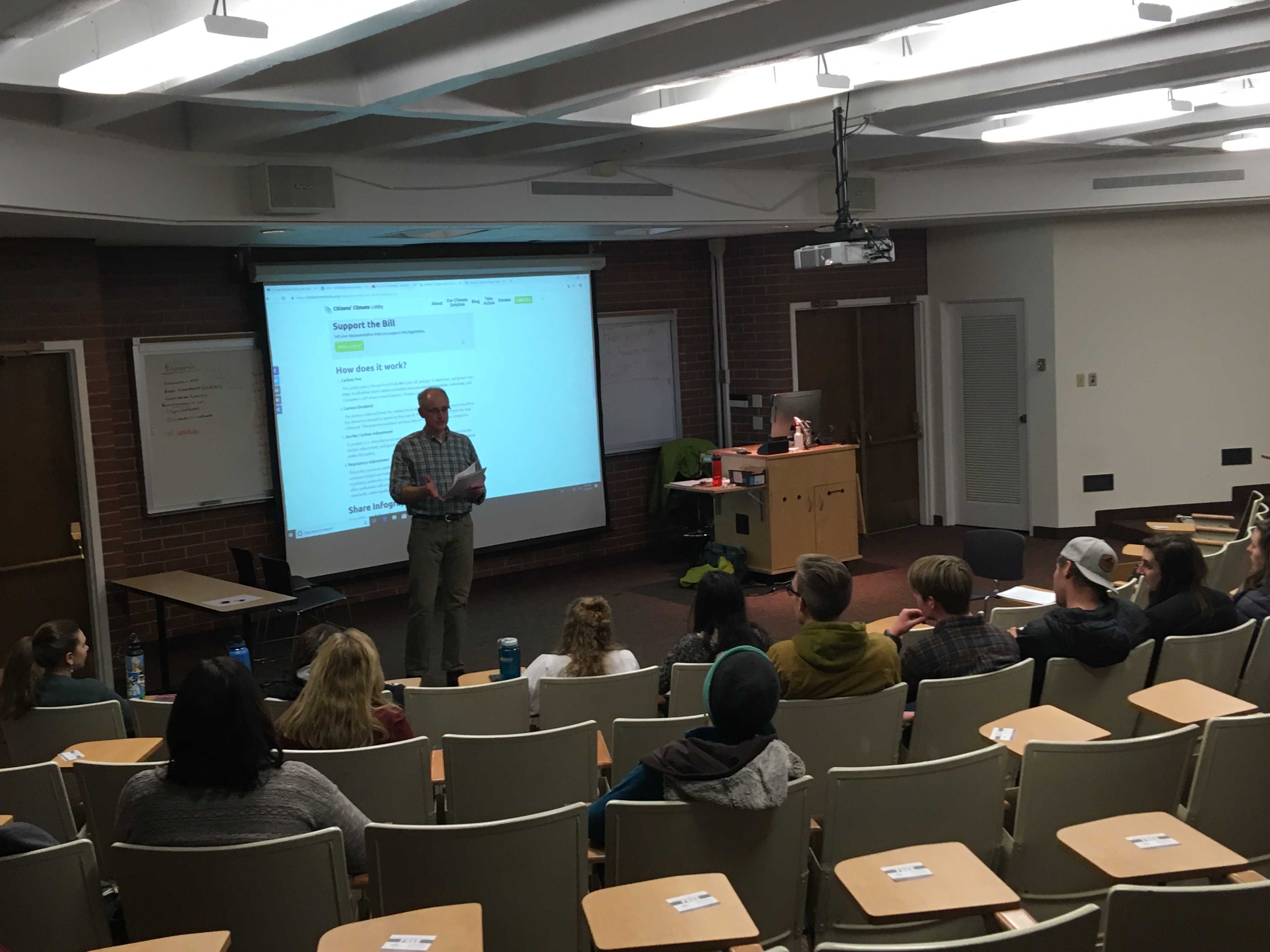 Bill Barron discusses political activism and the outdoors with a group of students at Westminster College in Malouf 201 on Nov. 28. Barron, a member of Citizens Climate, an international grassroots environmental group, talked with students about his concerns for the environment and his experience running for office. (Photo by Michael Dougherty)

Barron, a veteran ski patroller and advocate for bi-partisan action on climate change, talked with students about his concerns for the environment and his experience running for office.

Barron said he has always been passionate about the outdoors and over time had become more and more concerned with climate issues. He said his primary goal was to advocate for a climate solution that matched the scale of the problem.

Barron is a member of Citizens Climate, an international grassroots environmental group that trains and supports volunteers to build relationships with their elected representatives in order to influence climate policy.

He said he saw that candidates for public office were not talking about climate change. And unable to stand by, he said he took a giant step outside his comfort zone and decided to run for federal office.

“Somebody has to take a stand,” Barron said. 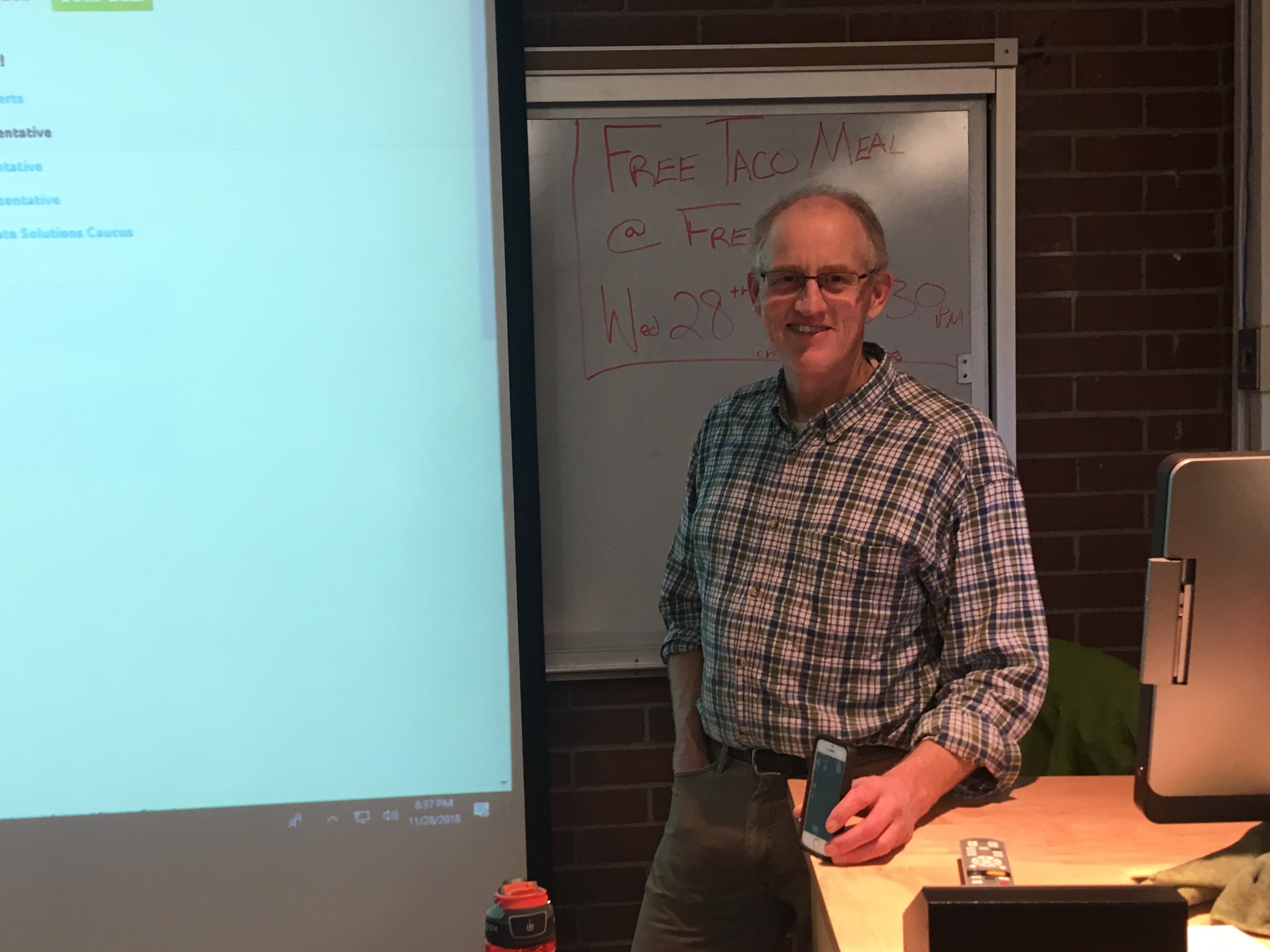 Bill Barron after his talk on climate change at the Climate Solutions event in Malouf 201 on Nov. 28. At the event, Barron advocated for bi-partisan action on climate change. (Photo by Michael Dougherty)

In each run for office, Barron campaigned by bike riding to spread awareness.

“The man’s grit is incredible,” said Davis Lentz, a senior marketing major. “To bike for so long without much support behind you and still working as hard as you can for what you want is a very cool thing.”

Although he did not win those elections, Barron said success for him was using his platform to encourage the people of Utah to lead with their votes and take meaningful action.

Students at the event said it is important to remind everyone that they should care about climate change.

“If there were any time to make a change, it would be right now,” said Mike Mastromarino, a senior finance major. “Most people at this school love skiing [or] snowboarding more than anything and it would be a shame to watch that all go away.”