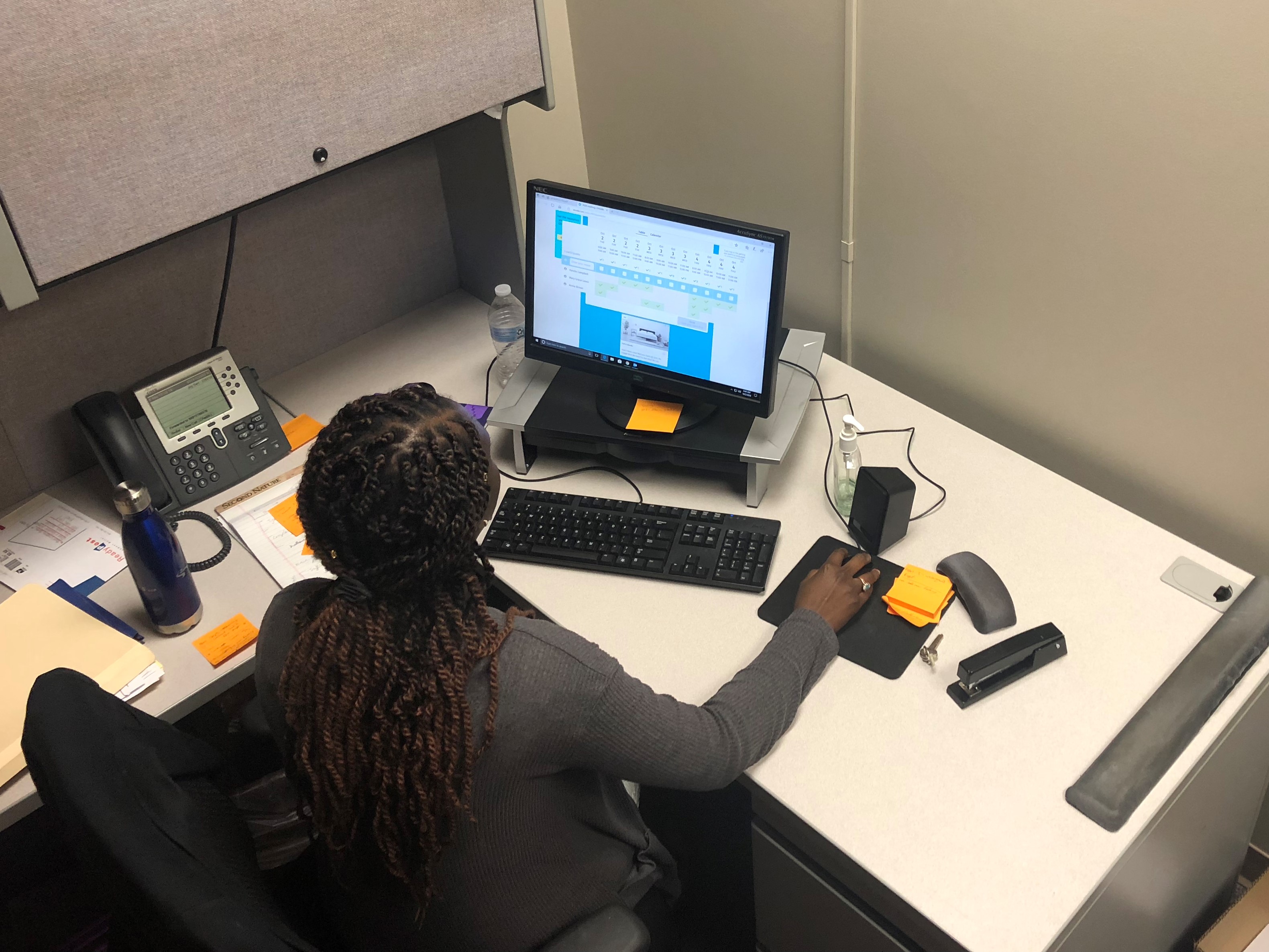 Interim Title IX Coordinator Joy Sarr works in her office in Malouf 107 on Oct. 2. Officials at the college said they hope to hire a full-time coordinator by November. (Photo by Sebastian Durante)

Westminster College’s Title IX coordinator resigned earlier this semester. While the college searches for a permanent replacement, an interim coordinator has been selected.

“During [Schwartz-Johnson]’s three years at the college he implemented a range of training programs for staff, faculty and students, established a student peer-educator network and hired our first victim advocate,” said Julie Freestone, the executive director of human resources at the college in an email. “Jason built a solid foundation for our ongoing Title IX programs which enables us to continue this important work through the transition.”

In an email to faculty, staff, and students, the college announced that Joy Sarr was appointed as the interim Title IX coordinator. Sarr is an associate attorney at Stoel Rives in Salt Lake City, which she says the college has consulted with in the past.

“I took on this role because I felt like I could add value to Westminster as they search for a permanent individual to take over Jason’s role,” said Sarr, in an email. “My background and experiences lend themselves well to this role.”

Sarr’s job at Stoel Rives gives her the chance to work with a variety of cases, many involving Title IX issues according to Sarr. She also said her degree in human resources and positions in that field will benefit her during her time as Title IX coordinator.

“I want students to know that the Title IX coordinator is meant to be a resource and a support to them and they should feel free to utilize it,” Sarr said. “As much as it is the Title IX coordinator’s role to ensure that proper legal policies and procedures are followed, it is also our goal to make sure that students are empowered to make their own choices along the way.”

Sarr is available Tuesdays, Wednesdays and Thursdays from 8 a.m. to 12 p.m. and through phone and email outside her office hours, said Julie Freestone from the college’s human resources. Additionally, she said all reports, including anonymous reports, submitted through the Title IX web page will be sent directly to Sarr.

“I think that only having someone working three days a week 8-12 is unwise because if people have morning classes or other commitments it could be difficult to get an appointment,” said Rosalynn Gray, a sophomore psychology major.  “At least for me, I wouldn’t be able to make it. Having an evening time available would be more beneficial.”

Despite student concern, Sarr said she is accustomed to dividing her time between responsibilities and is confident in her ability to take on the coordinator role.

The college is aiming to have a fulltime replacement by November 2018, and the student body will have the opportunity to be involved with the selection process, Freestone said.

“Interested students will have an opportunity to meet finalist candidates and provide feedback to the search committee,” Freestone said. “The Title IX coordinator reports to President Dobkin, who will make the final hiring decision.”