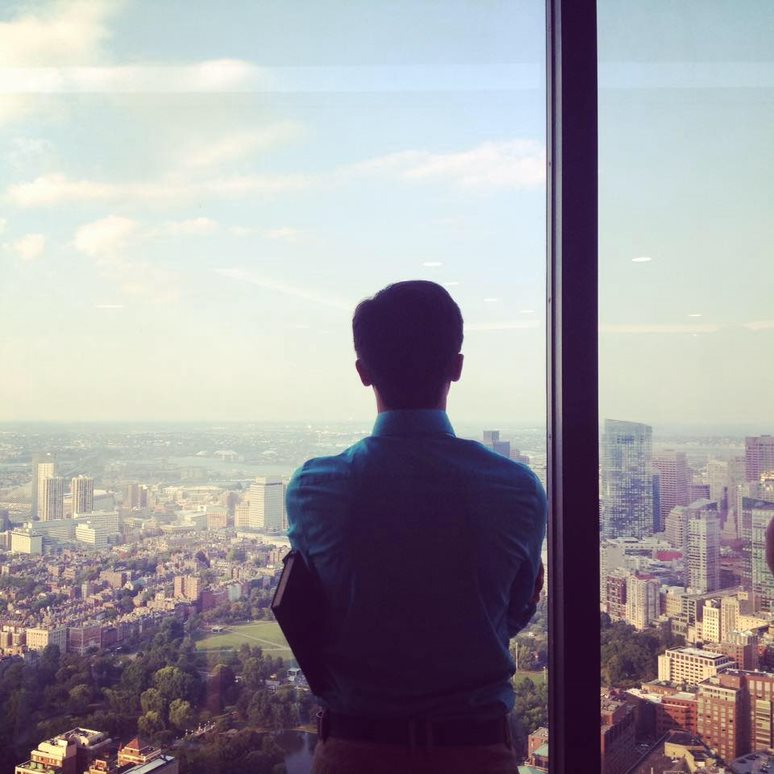 Obaid Barakzai gazes out of a window at the John Hancock Tower in Boston, Massachusetts in 2017. Barakzai is a first-year international student who said he has a passion for exploring new places and working with new people and different religions. (Photo courtesy Obaid Barakzai)

First-year international student Obaid Barakzai has been all over world, speaks seven different languages and is involved with several clubs on campus.

Barakzai, who is originally from Kabul, Afghanistan, said he has always been interested in connecting with with other cultures. In fact, he recently went to New York to speak at the United Nations.

Rebecca Blanton, Barakzais coworker in the Global Peace and Spirituality Office (GPS), met Barakzai at the beginning of the school year when she was representing GPS at the Legacy Scholars orientation.

“He came up to me afterwards and was super enthusiastic about global peace and global citizenship and asked to send in his resume that night,” Blanton said. “Working with him is great, he keeps the energy up and [is] really fun.”

Hannah Orr, another of Barakzais coworkers in the GPS office, said that he brings great ideas to the table.

The Forum sat down with Barakzai to talk more about his world travels, the many languages he speaks, his involvement on campus and what he has in store for his future. His responses have been lightly edited for clarity and conciseness.

Q:  What brought you to Utah?

Q: What brought you to Westminster College?

A: I was interested to go to a small school. I get to know my professors and call them by their own names. And being in a small community I can actually make a difference on a smaller scale that can impact the world as a whole. That’s why I am so involved in this college right now. 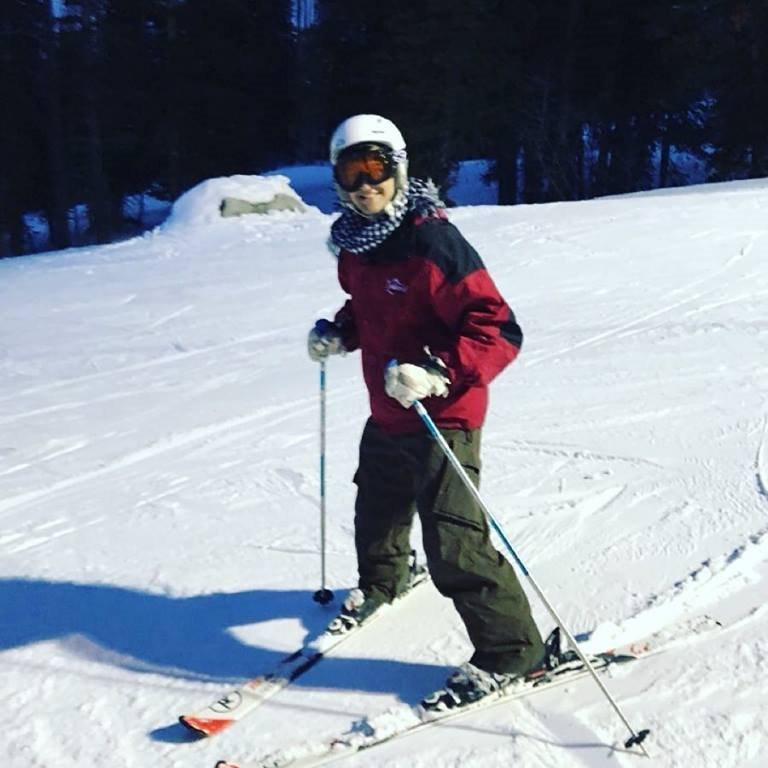 Obaid Barakzai enjoying some snow at Brighton Ski Resort March 2017. Originally from Kabul, Afghanistan, Barakzai said he came to Utah in part because the Wasatch Mountains remind him of the mountains in Afghanistan. (Photo courtesy Obaid Barakzai)

Q: What are you involved with on campus?

A: I am the marketing and opportunity quest coordinator for the Center of Entrepreneurship and business school. I’m the logistics and program coordinator for the GPS office, Global Peace and Spirituality. I am an international chair in ASW. I am the president of the International Student Association. The vice president of the Entrepreneurship Club. I also am apart of the Griffin for a Greater Good club.

Q: Where else have you lived and traveled?

A: I’ve lived in Afghanistan, also visited many countries like Indonesia, Australia, India and I’ve been to 16 U.S. states.

Q: What is your favorite place you’ve been to?

A: I really loved, of course, Afghanistan. You know, for all the outdoor stuff.

One of the fascinating things that really opened my eyes was actually living in Bali for about two months or so. Because I met people from all over the world and it was so awesome living all these adventures and going to different forests.

Q: Why have you been all over the world?

Q: What languages do you speak?

A: I speak Pashto, which is my mother’s tongue, then I speak Farsi, German. I went to a school in Afghanistan where the teachers were all german. […] I also speak Hindi. I have for 15 or 16 years. English, since I have lived in Utah for two and a half years so I have been able to practice it more. Arabic, just from going different places in Afghanistan that speak Arabic and it was one of the subjects taught in school.

Q: What do you see yourself doing after you graduate?

A: After I graduate I am planning on, hopefully, working for a year. Kind of with one of the companies like Goldman Sachs or something. Then I want to get a masters degree at the London School of Economics and then I want to get my second masters at Harvard Kennedy School and then my PhD at Columbia. I then want to work at the World Bank, United Nations, World Trade Center.