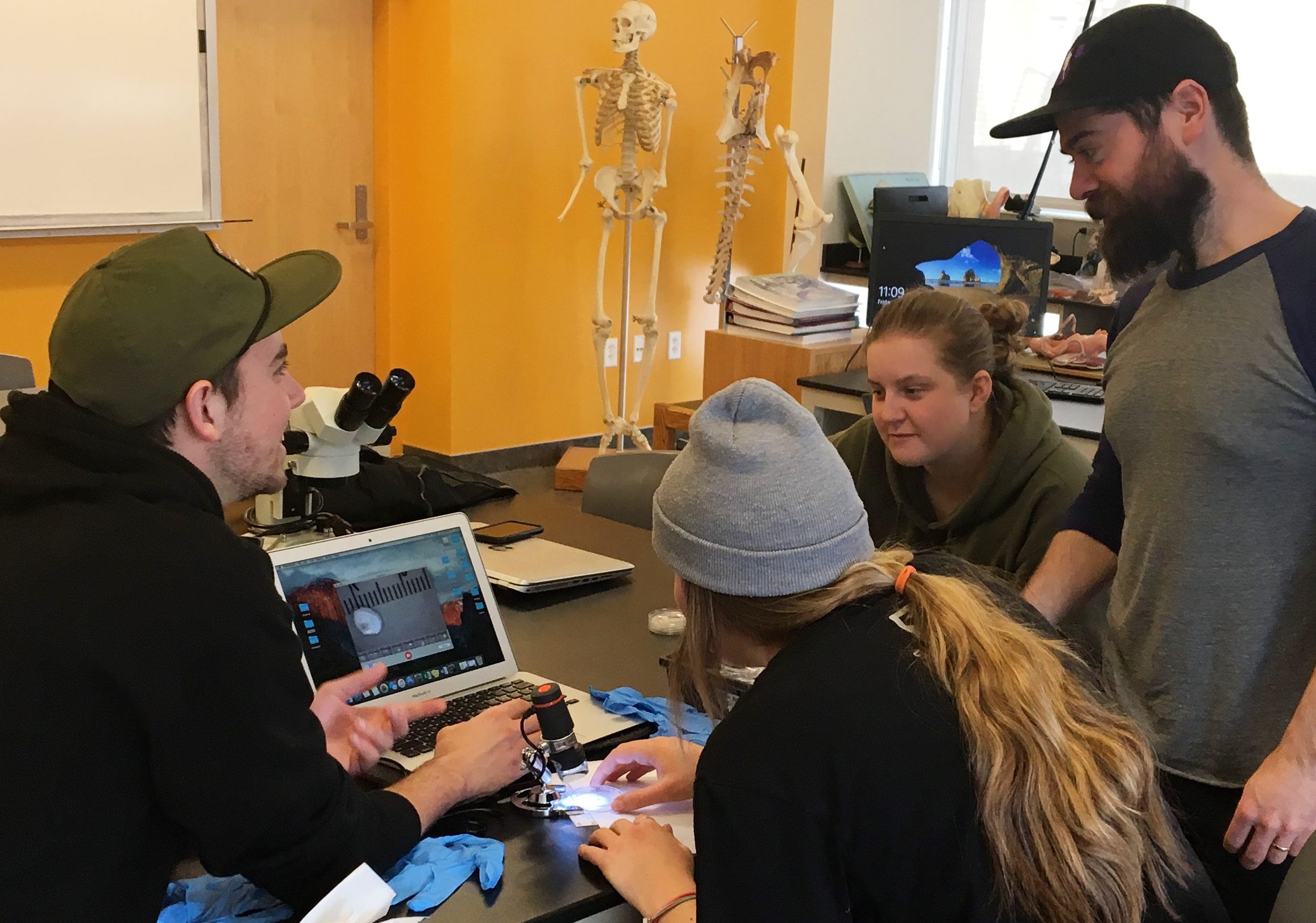 Westminster College students Carson Bold, Jacqueline Pollard and Riley Rohweder test the effect of pH on energy acquisition in daphnia in the Meldrum Science Center on March 2. Bold, a junior biology major, said Westminster’s emphasis on service learning and his past experiences as a medical volunteer abroad prompted him to attend the college and focus on helping others through science. (Photo by Bailey Gumm)

Westminster College is ranked nationally for service learning, volunteer opportunities, student-run programs and other civic engagement opportunities on campus, according to Business Insider, which included the school in its list of “the 25 best colleges for students who want to change the world.”

When it came time to choose a college, an inspired Bold said he knew Westminster was the right fit for his undergraduate studies. 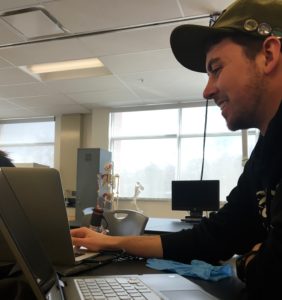 Carson Bold, a junior biology pre-med major, performs a lab in the Meldrum Science Center on March 2. When Bold returned from his medical missions in high school, he said he was inspired to study biology at Westminster and was particularly drawn to the college’s emphasis on service learning and community service. (Photo by Bailey Gumm)

“Everyone here is super involved in making sure you actually are learning and getting what you should out of the classes,” said Bold, a junior biology pre-med major. “I love my friends here. The culture is just an awesome place. This is where I was supposed to go to school.”

The benefits of hands-on learning can help students realize their interests and narrow their fields of study, said Dave Kimberly, a biology professor who teaches Bold.

“Carson is very enthusiastic, he is very positive, and [he] brings a lot of those characteristics to class,” Kimberly said. “Carson’s ability to talk to his peers, talk to me and others in and around the field is a really strong attribute — and that could have been from his experiences leading up to this point.”

On campus, Carson collaborates with student researchers at the Great Salt Lake Institute, works as a cell biology teacher’s assistant and is one of the orientation program assistants in charge of First-Year Student Orientation and GO Leaders.

Bold sat down with The Forum to discuss how his medical missions led him to find his career path and shaped his educational ambitions. This interview has been lightly edited for clarity and conciseness.

Q: Why do you want to be a doctor?

A: I have always been a huge fan of biology. I had a really awesome biology teacher in high school who changed my perspective and really made me want to go into the field. As far as the pre-med goes, I have been on two medical missions: One to Chiapas, Mexico and one to Tanauan, Philippines. I have been able to do multiple surgeries in foreign countries and was a first responder to typhoon Haiyan when it hit the Philippines. That really shaped my perspective — what I want to do when I grow up, essentially. That’s why I want to be a doctor: To make a difference in people’s lives.

Q: What type of medical work did you perform or see on the missions?

A: While I was down there I got to assist the main surgeons on cases such as open gallbladder removal [and] hysterectomies. I was able to watch births, which was a crazy experience for a 14 year old, but that was really cool to see that. I got to watch a leg amputation. So [I saw] all different spectrums from routine surgeries to injuries that had just happened to everything in the middle.

Q: What inspired you to go on the medical missions?

A: My dad is a physician assistant at the hospital back in my hometown. He has been on a couple of them before and he asked me if I wanted to come with him. I had seen pictures and I had thought it would be a really awesome experience and then actually having gone, it had a much greater impact on my life then what I would have anticipated.

Q: What’s it like to shift from providing medical attention to being a student in the classroom?

A: It is really crazy, especially shadowing surgeries, because I have been able to shadow surgeries at my local hospital being back home. It is weird being able to go across the table assisting [on medical missions] to not being able to be within 5 feet of the surgery [as a student]. I think it’s really good that we have the shadow system because I really enjoy watching the surgeries. I do miss being able to help, but I have to get through school first in order to do that. As far as the classroom setting goes, I really like learning. Now that I have been able to learn more, I have learned about what each of the internal organs really specifically does and how it interacts with the rest of them. Being able to to actually learn the functions — the form and function — of what I was working on down there is really interesting for me.

Q: How have your experiences changed what type of student you are?

A: I think [assisting on medical missions] definitely made [school] easier. Because I had the live-action experience from that and I have done multiple mass casualty courses and stuff like that. It is almost like a head start. I kind of know where everything is and can build off of the already previous knowledge in my studies here.

Q: What is one of your favorite Westminster experiences?