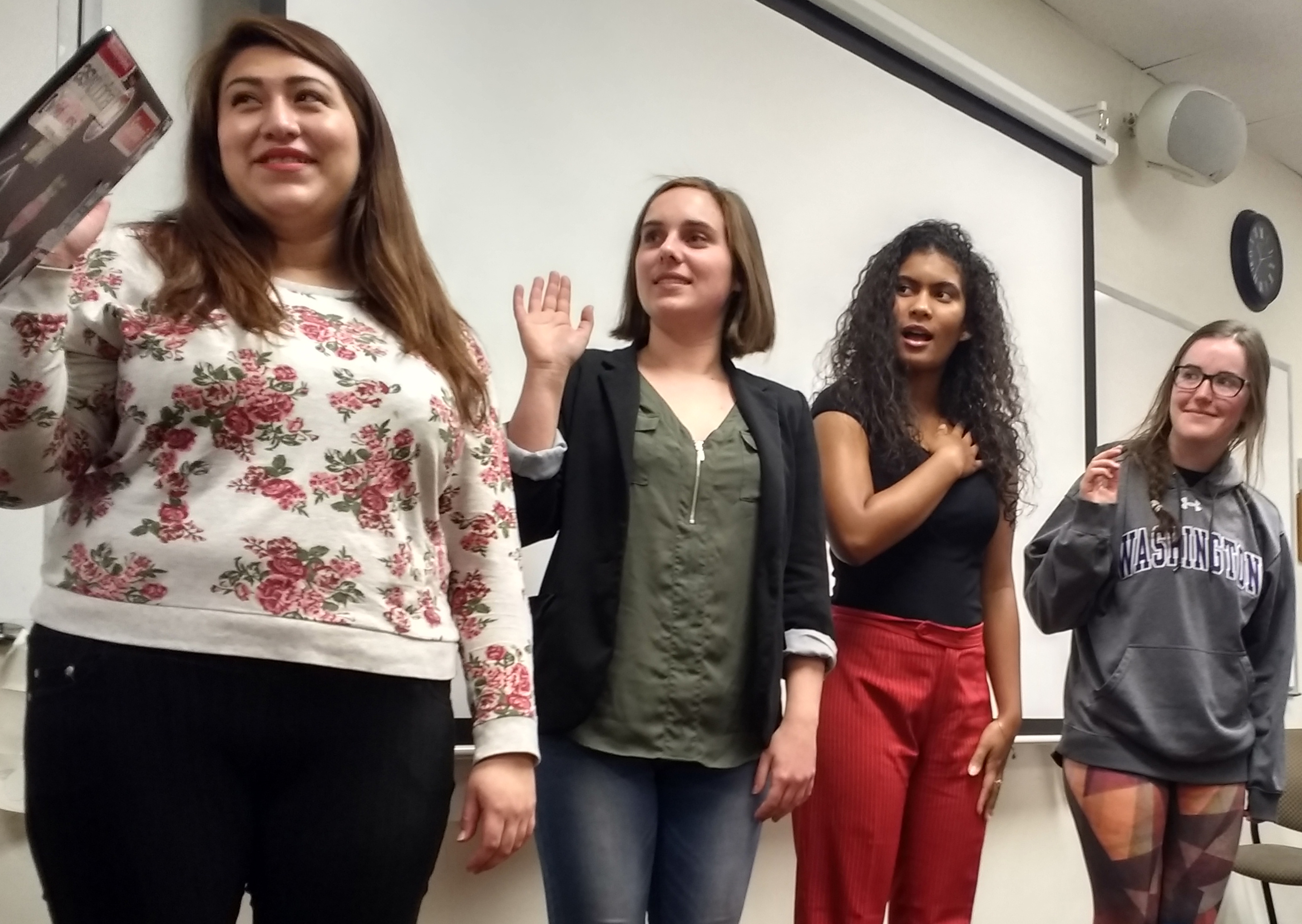 Though they aren’t getting paid yet and their terms haven’t begun, Westminster College’s newly-elected ASW Student Board members have already started working toward implementing their campaign goals.

The transition starts early for a reason — to ensure the new executives are able to function well in their new positions, according to ASW faculty adviser Karnell Black.

“Every candidate, prior to them even being elected, are meeting with the people who are already in the roles so that they get a better sense or understanding of what their role is,” Black said. “…We’ll work with [the new student board] up until they leave for the summer on all the things that need to happen so that they’ll be ready to rock ‘n’ roll for the fall.”

ASW Vice President Kaydee Gilson, a senior marketing major who took office in December, said she is mentoring the new Student Board as she prepares to leave for them to take over.

“This year, the current Student Board members all worked diligently to make sure that every position had a strong transition document,” Gilson said in an email to The Forum. “When the new board was elected a few weeks ago, the current board began meeting with them to teach them the ins and outs of the position and help transition them into their respective roles.”

Incoming ASW Vice President Maggie Regier said she is already thinking about how to implement her campaign promises in the coming school year.

“I have my big goals — like the Women’s Center, for example,” said Regier, a sophomore custom major. “Which, obviously we’re not going to get a building and have an actual Women’s Center. But I have smaller goals within that. For example, I want to have greater access to women hygiene products in bathrooms and residence halls.”

Two previous ASW administrations have attempted to create a Women’s Center on campus — once in 2015 and again in 2017.

Last year, a survey conducted by students in a professional writing class at Westminster found that of the 64 women’s or gender-neutral bathrooms across campus, only nine included dispensaries for feminine hygiene products. And of those nine, none of the dispensaries were actually stocked.

Jazmin May, the newly-elected ASW president, said she’s also thinking about next year and hopes to continue working on a food pantry project she began working on prior to the election.

Although each new representative has plans for large projects, they also note the importance of being realistic about what they can achieve.

“I think it’s important for me, and for the campus as a whole, to set realistic goals,” Regier said.

May, a junior communication major and a reporter for The Forum, added that it’s important to be transparent with the student body.

“Being president, I think I’d continue focusing on communication and how we can improve that so that students are more aware about what we do,” she said.

*Note: ASW President-elect Jazmin May is also a staff reporter for The Forum.