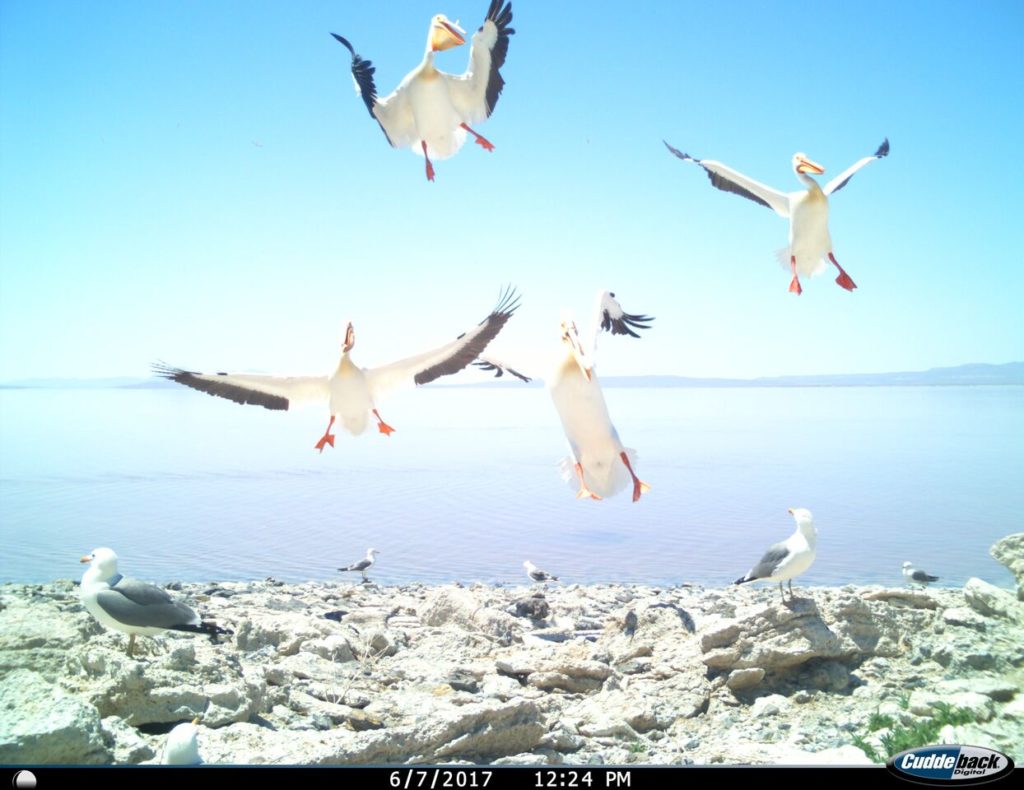 American White pelicans land on Gunnison Island, an island in the north arm of the Great Salt Lake, June 7, 2017. This image was captured by the PELIcam, part of the larger PELI project created by Westminster College’s Great Salt Lake Institute to track the patterns of the pelicans and see how they are affected by climate change. (Photos courtesy GSLPELIproject.org)

Science Friday is a national podcast “dedicated to increasing the public’s access to science and scientific information,” according to their website.

Butler and Science Friday host Ira Flatow discussed the PELI project, a collaborative effort between GSLI and other community partners to study the American White pelicans living in the north arm of the Great Salt Lake.

“The [PELI Project] has been great work experience for me,” said Jack Wilburn, a senior mathematics major and student researcher with GSLI. “If anyone has any interest in the Great Salt Lake, or the environment in general, they should go work at the Great Salt Lake Institute with Jaimi, it’s been really fun for me.”

In March of 2017, a group of researchers including students from Westminster installed motion activated cameras or PELIcams around Gunnison Island to observe the pelicans. Researchers hoped the photographs would help them understand the effects of water diversion and climate change on the pelican population.

The photographs have been uploaded to Zooniverse, a website that allows volunteers to help researchers analyzing the images.

The Forum asked Jaimi Butler about her experience on Science Friday. Her answers have been lightly edited for clarity and conciseness. 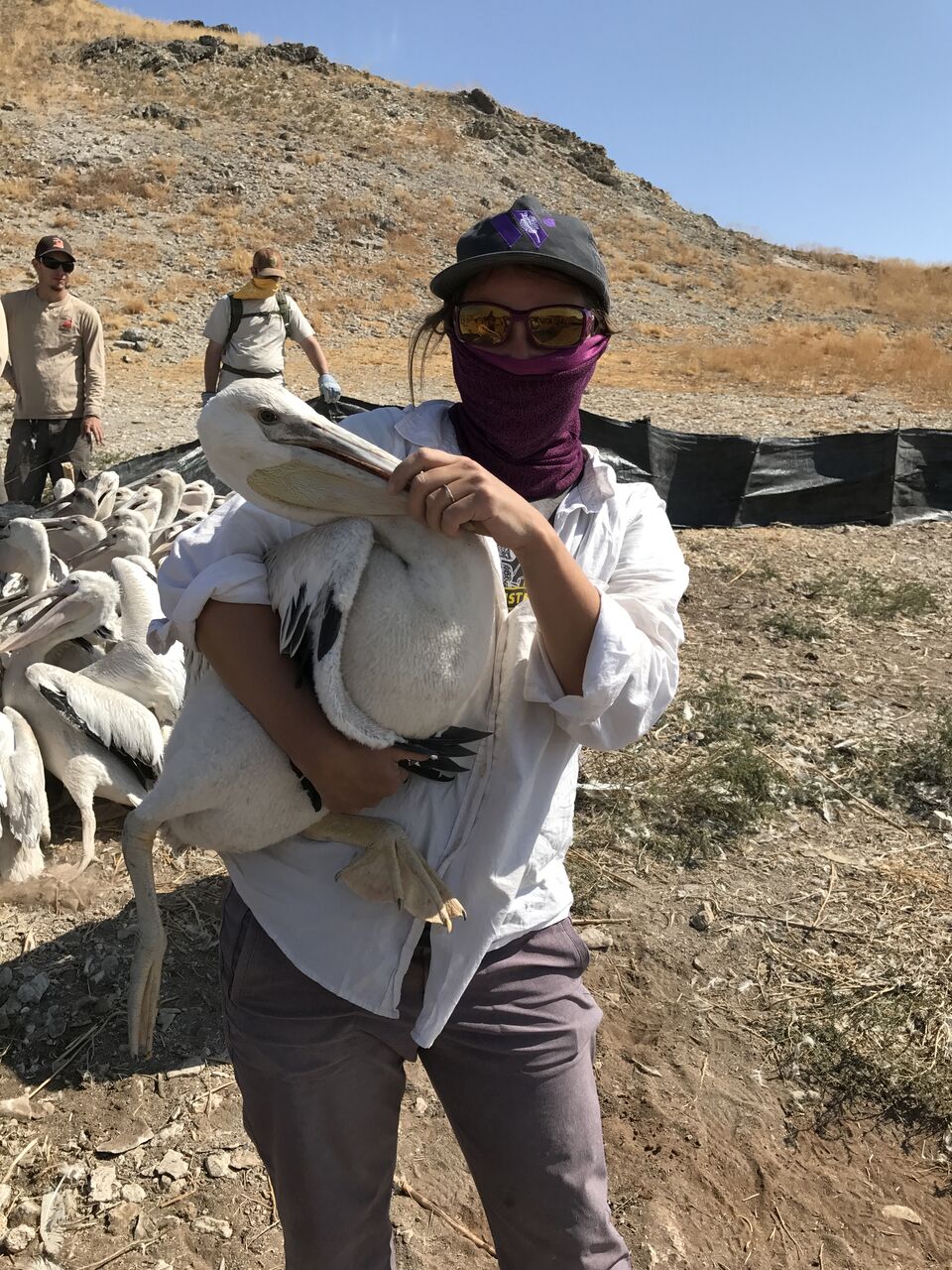 Jaimi Butler, coordinator for the Great Salt Lake Institute (GSLI), holds a pelican and waiting to be tagged at a pelican round up on Gunnison Island in the summer of 2018. Butler was interviewed on Sept. 21 by NPR’s podcast Science Friday to draw national attention to the GSLI’s work with pelicans as part of the PELI project. (Photo courtesy Rosalie Winard)

Q: What was it like to be on Science Friday?

A: It was so scary and exciting. […] The Eccles Center seats over 2,000 people. The biggest live crowd I have been in front of was 300 people. The show is not scripted and I wondered what would happen if I froze.

It was being broadcast to 2 million people. […] The sheer number of people is unfathomable to me. There is only 3 million people in the entire state of Utah for perspective.

Being on science Friday is like nerd nirvana for science nerds. It is like reaching the stars […]. [However,] it is hard to connect with people that can’t see you or the fun pelican pictures. I don’t know how to talk on the radio or how to do it without a personal connection of seeing people. […] The scared part of me wanted to be stressed and cold. But I stood backstage and felt the good energy of the night and all of the people in the theater, and I remembered what it was all about – the pelicans and the people that work for them and the entire Great Salt Lake ecosystem. It was about the hard work, passion and importance of the work that everybody on the project contributes. It was not about me.

Then I did something that I did not know that I could do in front of that many people.  I unleashed my superpowers: being silly, charismatic and enthusiastic about a weird and unloved yet important place and the creatures that live there. I am so proud of it […].

Q: What it was like to be on a national program?

A: It is validating to spend my entire career working for Great Salt Lake in the mud, salt and smells to hear my voice on national radio. And have people send me such warm and positive sentiments after.

Q: Do you think being on Science Friday will help bring awareness to the PELI project?

A: Yes! It already is big time. The volume of emails and social media GSLI is experiencing is unfathomable. The Zooniverse project went from about 100 volunteers to its current and growing 836 volunteers today. Not only are they helping us, but they are asking questions and teaching us more about the pelicans.

*This article was updated by Managing Editor Marina McTee.