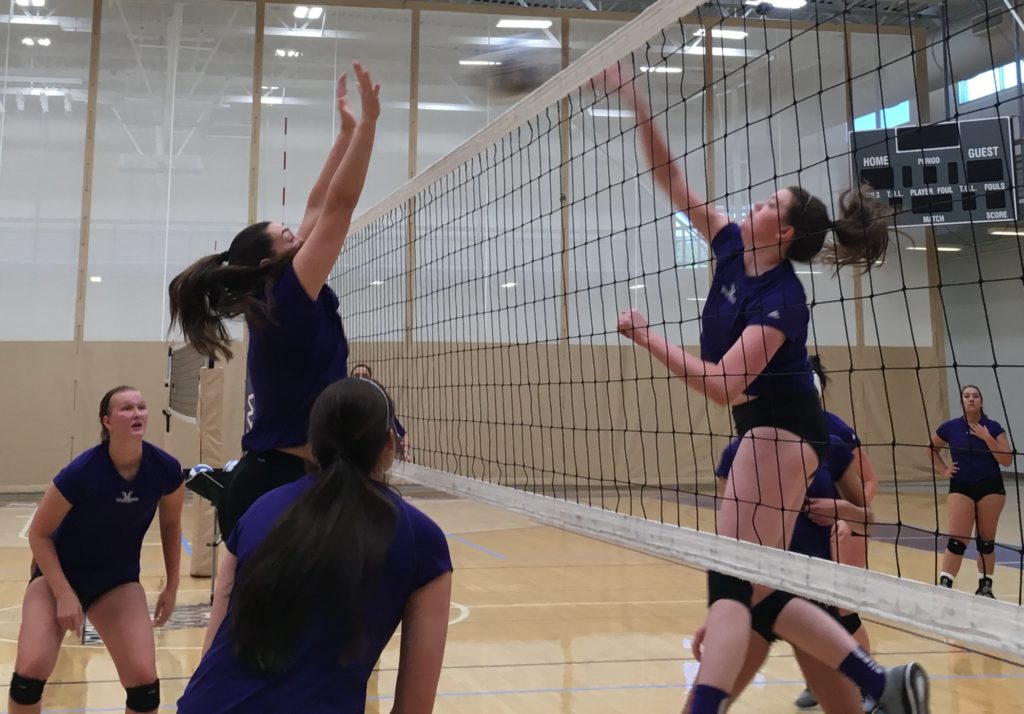 Westminster College’s completion of the National Collegiate Athletics Association (NCAA) membership process will benefit the athletics program and college as a whole according to Shay Wyatt, director of athletics.

Formerly a member of the National Association of Intercollegiate Athletics (NAIA), Westminster officially joined the NCAA after a three-year transition process. NCAA is a larger organization made up of 308 member institutions, and the competition is perceived to be tougher Wyatt said.

“Here’s one more affiliation that further strengthens and enhances Westminster College,”  Wyatt said. “At the end of the day, we all want this college to be great. […] We want all of the students who come through here to have a very positive experience.”

The college has 17 athletic teams that are eligible to compete in the NCAA, including women’s and men’s basketball, soccer, alpine skiing, cross-country, lacrosse and women’s volleyball. 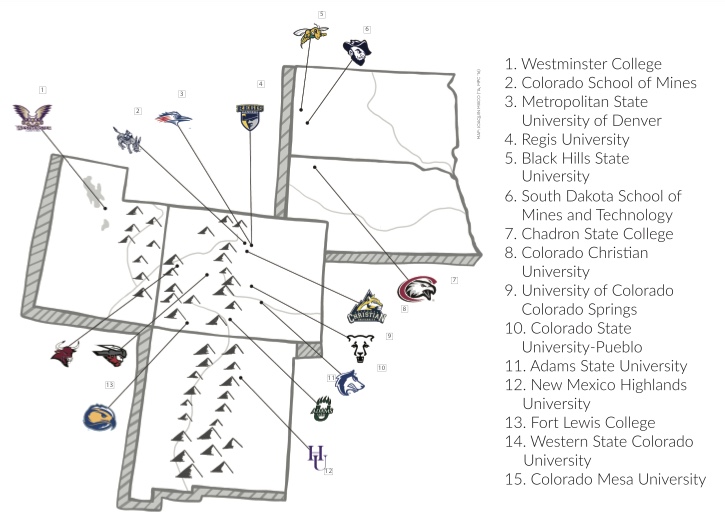 The geographic boundaries of the Rocky Mountain Athletic Conference (RMAC), a conference in Division II of the NCAA. Westminster College was invited to join the RMAC in 2015 which began the three-year transition to full NCAA Division II membership. (Photo courtesy Joaquin Mixco)

Wyatt said the college has been looking to upgrade its athletics program for several years and joining Division II, one of three divisions in the NCAA, made sense financially and geographically.

“[Division II] is a more affordable form of athletics that makes sense for a lot of institutions, especially for an institution of our size and the resources we want to put forth,” Wyatt said.

Whitney Wakefield, a senior neuroscience major and volleyball player said active Division II membership is exciting for student athletes because they were ineligible for postseason competitions during the three-year transition.

Wakefield said she’s noticed a change in attitude and a sense of determination from other athletes now that they can qualify for NCAA championships. She said it’s especially exciting for her because the first active season coincides with her final year at Westminster.

“It’s really awesome to finally be in the position of Division II,” Wakefield said. “Being a senior, it’s kind of like the culmination of all my years at Westminster. Having that as my final season […] it’s kind of like a nice swan song.”

Westminster has been playing as a provisional member of the Rocky Mountain Athletic Conference (RMAC) since the first year of the transition. The RMAC is a conference within NCAA Division II comprised of 16 member institutions located in Colorado, Nebraska, New Mexico, South Dakota and Utah.

Susan Heath, associate director of athletics, said the college’s Board of Directors approved the switch to the NCAA after the RMAC invited Westminster to apply for membership. 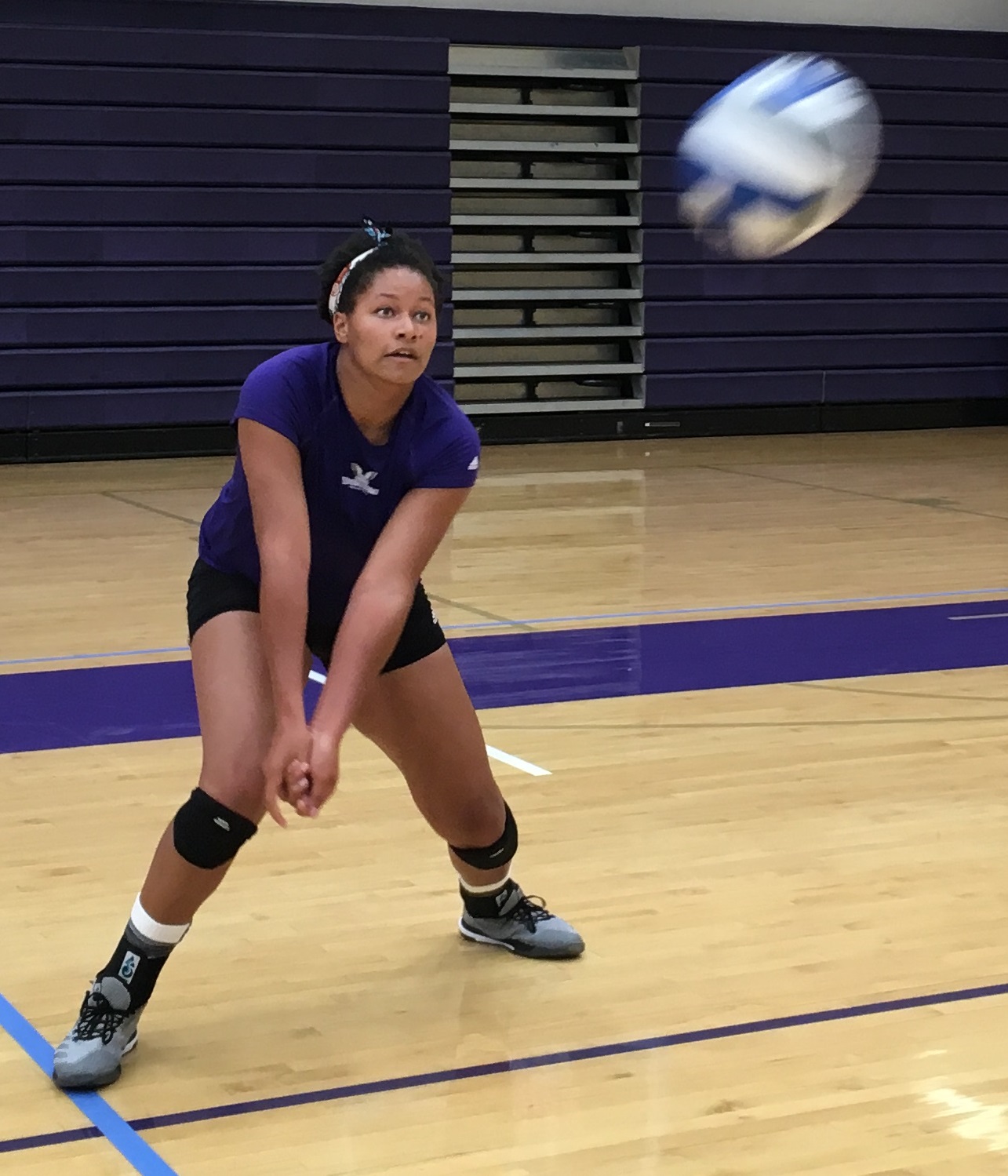 Whitney Wakefield runs volleyball drills with her teammates in the Dolores Dore Eccles Health, Wellness and Athletic Center (HWAC) on Aug. 8. Wakefield said she and other student athletes are especially excited for the upcoming season knowing Westminster has completed the NCAA Division II membership process. (Photo by Stephanie Held)

She said the next step in the transition was to change Westminster policies so they were compliant with NCAA’s regulations.

“As soon as we were accepted into the process we started following all of the rules,” said Heath, who also holds the NCAA distinction of senior woman administrator in Westminster’s athletics department. “NAIA had some rules, but very few formal rules. […] It has been a huge culture change for the department and for the college.”

The NCAA has strict regulations for student athletes regarding recruitment, academic achievement and scholarships.

“We have to follow a manual that’s 279 pages absent the index,” laughed Lynn Meade, assistant athletic director for compliance.

Wyatt said NCAA regulations hold every institution accountable and insure everyone is playing on a level playing field.

“It’s a good checks and balances system,” Wyatt said. “It’s also there to make sure that there’s proper balance in terms of what’s expected of the student athlete. […] The academic component is priority number one.”

Though the three-year transition has been a long process for staff, faculty and students, Wyatt said all the work and sacrifices paved the way for Westminster’s future.