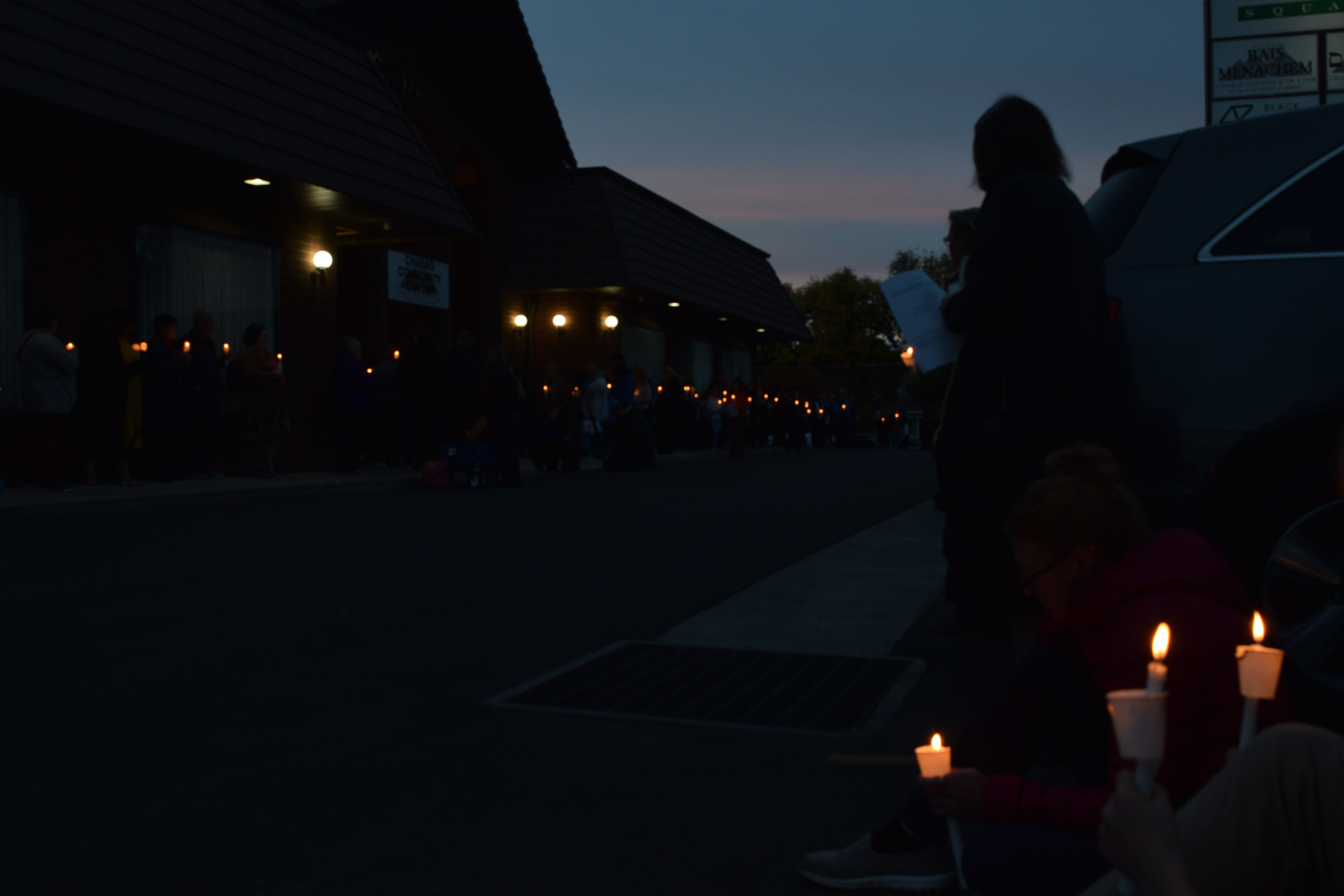 The gathering was nearly silent. Faces lit up by the flames of white Roman candles were bowed in respect, and quiet prayers honoring innocent lives lost were murmured.

Attendees at the event were part of a candlelight vigil in remembrance of those killed in a mass shooting at the Tree of Life synagogue in Pittsburgh, Pennsylvania. The vigil was one of several held throughout the state of Utah that week, including those at Congregation Kol Ami, the University of Utah and Chabad of Saint George.

In attendance were a variety of religious leaders and elected officials, including Rep. Chris Stewart, Salt Lake City Mayor Jackie Biskupski and Gov. Gary Herbert. Several speeches were given throughout the night, projecting support for the community and condemning the act of violence.

The shooting, which took place Oct. 27, was a premeditated anti-semitic attack. The shooter, 46-year-old Robert Bowers, entered the Tree of Life synagogue armed with an AR-15 semiautomatic rifle and three smaller firearms during Saturday morning Shabbat services, according to the Washington Post. He then proceeded to shower the congregation in gunfire, killing 11 worshippers on their holy day.

Considered to be the deadliest attack on the Jewish community in the history of the United States, according to CNN, the shooting affected the entire nation, including Westminster students.

Emma Thompson, a third-year technical theater major and practicing Jew, said she was deeply disturbed when she learned about what happened in Pittsburgh.

“I was pretty much depressed all day, and everybody at work was like, ‘What’s going on, are you OK?’ Well a bunch of my people were just slaughtered,” Thompson said. “So, yeah. It’s a rough day.” 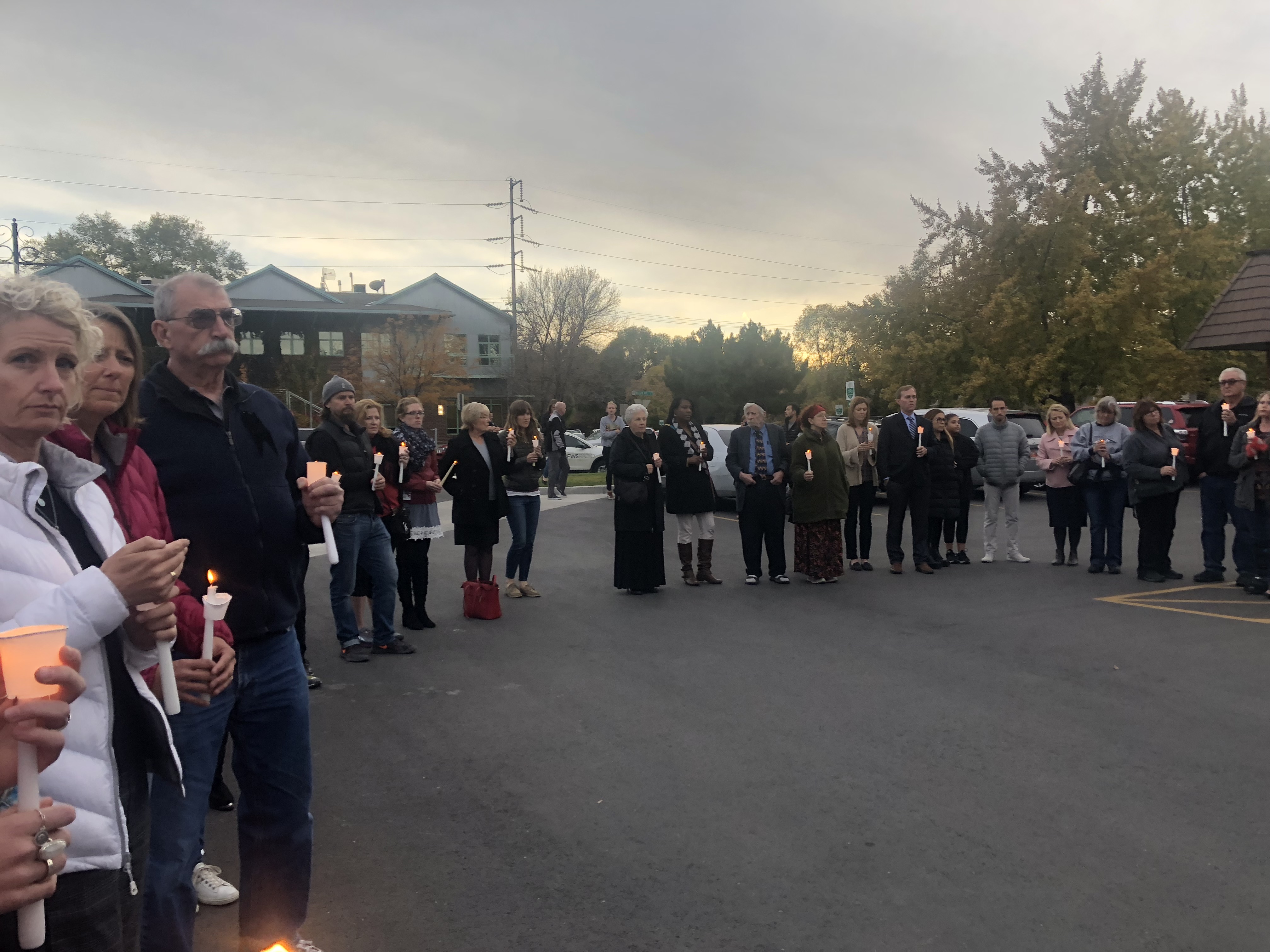 Thompson was not the only Westminster community member affected by the attack. Jan Saeed, director of the Office for Global Peace and Spirituality on campus, reported that several Westminster students have been struggling to come to terms with what happened.

“With the students that I’ve talked to, it’s unfortunately part of a stream of actions that are happening in the world,” Saeed said. “When people are gunned down for no reason, it causes heightened levels of stress and anxiety for all of us.”

“The concept of being able to attack others verbally leads to people that may not be of sound mind being affected by this verbal abuse of one another,” Saeed said. “If they have any imbalances in their personality, it can lead them to violence that should not be a part of our community.”

“I think that if people are preaching negativity toward different groups, that can lead to people then acting out and reaching out violently,” Brown said. “Different people’s personalities react to things in different ways.”

The idea of increasing violence as a direct result of liberated hate speech is not a new topic of discussion in the national sphere. The United States Holocaust Memorial Museum (USHMM) reports on their “Preventing Genocide” page that genocide “is often preceded and accompanied by widespread hate speech,” which can “cow bystanders into passivity.”

“When there are people who use hate speech, and we’re standing by if it was a slight or a joke that was supposedly funny to some person in that room, if we speak up and say ‘That’s not funny,’ that changes the whole environment,” Saeed said.

The rising prominence of hate speech in the nation’s sociopolitical climate was not the only contributing factor cited by students for the Tree of Life shooting. Issues in gun control legislation in the U.S. were also mentioned. 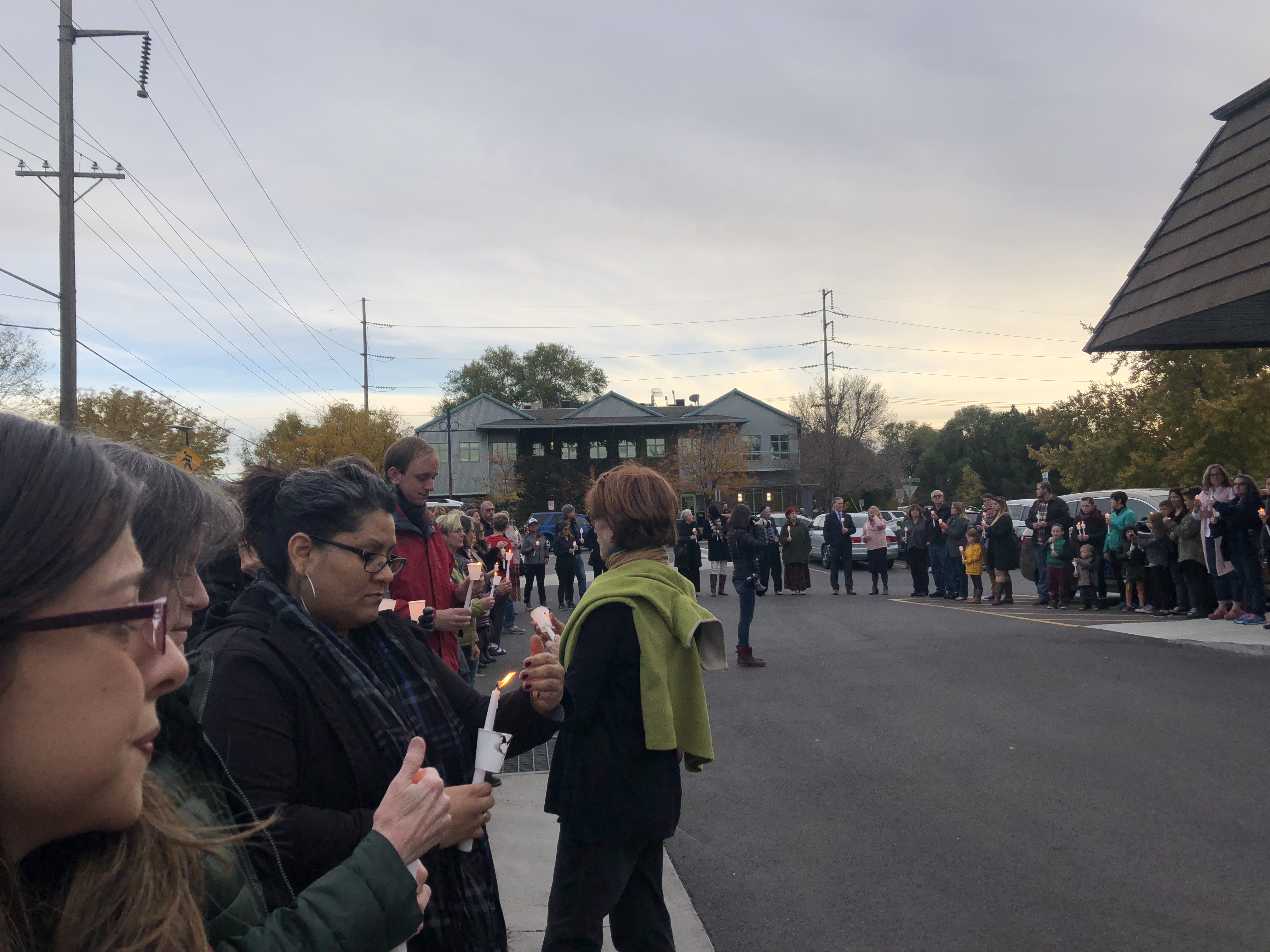 Emma Thompson said that “you don’t need an AK-47 to protect yourself.” The Idaho native, who said she believes in gun rights and gun ownership, also said that anybody who wants a gun should have to go through the appropriate channels to get one.

“But just like, a handgun. Or a shotgun,” Thompson added.

A lack of ownership filtration on the basis of mental health, as well as the ability of private citizens to buy automatic and semiautomatic rifles, students said is one of their greatest concerns when it comes to gun control regulations.

Concrete regulations surrounding guns, however, are not what encourage people to senselessly use them against others, according to Thompson. She believes that it is fear and a lack of education that leads to the hate expressed in the Pittsburgh shooting.