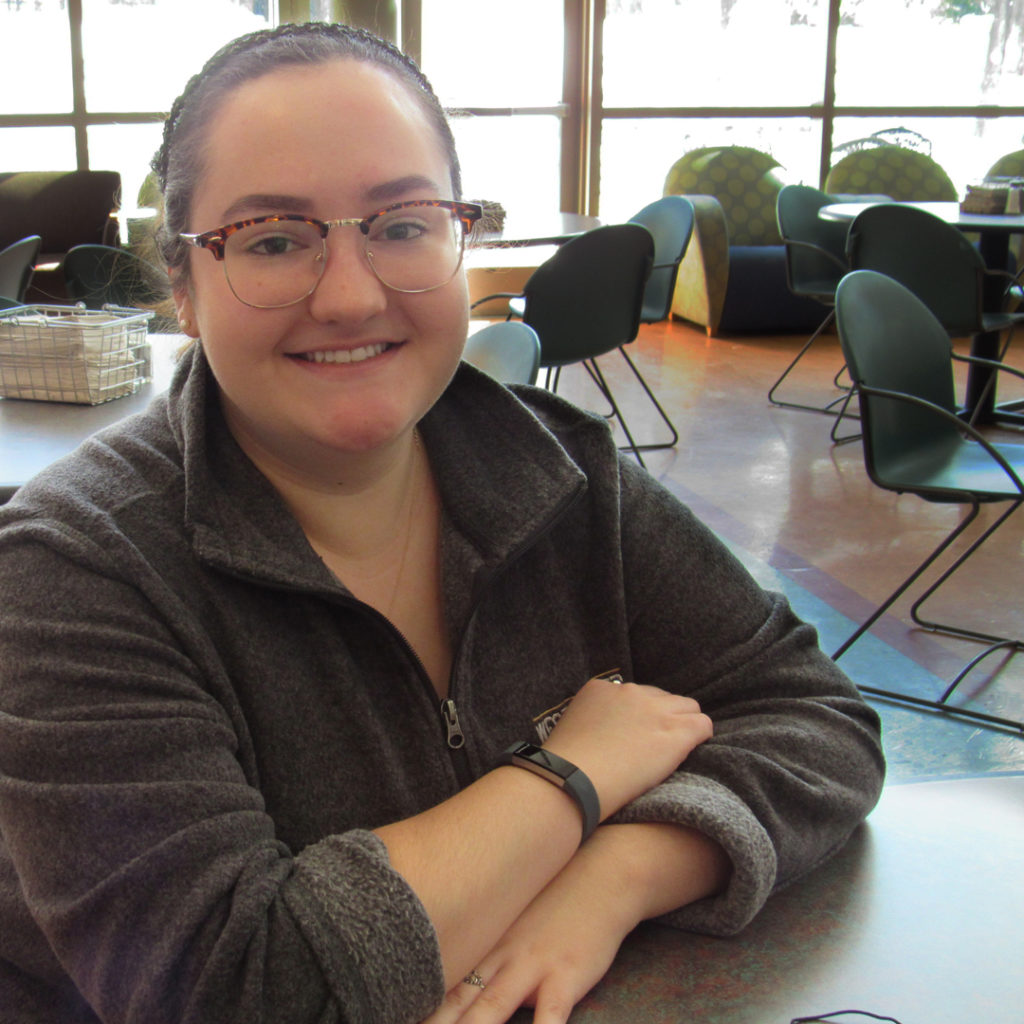 Emily Moyer, a senior public health major, said she doesn’t like the proposal to eliminated the Public Service Loan Forgiveness program, which currently excuses student loans after 10 years for those working in a public service such as nursing and teaching. (Photo by Jazmin May)

Under current Income Driven Replacement (IDR) programs, undergraduates with student loans are currently forgiven after 20 years and graduate students after 25 years of continuously paying their debt each month. Those programs cap at 10 percent of a person’s income for monthly payments, according to the Department of Education’s federal student aid webpage.

However, Trump’s proposed plan would leave student loan borrowers with two options. The IDR program payments would be capped at 12.5 percent of a borrower’s income for monthly payments, or undergraduates could wait 15 years and graduate students 30 for their loans to be forgiven.

The Public Service Loan Forgiveness program, which currently excuses student loans after 10 years for those working in a public service such as nursing and teaching, would be eliminated under the plan. Students would then need to choose from one of the two new IDR program options.

Emily Moyer, a senior public health major, said she doesn’t like the proposal.

“It could affect me when I do my master’s program,” Moyer said. “It’s so discouraging because people won’t want to go into those fields [that would be affected under the new plan]. Why be a teacher where you are already making low income and there is no incentive for it?”

The plan would mean undergraduate student loans would require more payments per month but a lower payment altogether, according to an article in Forbes.

Moyer said she hopes Congress won’t pass it but wouldn’t be surprised if it did.

“I obviously plan on doing a master’s program in the public health field,” she said. “I can’t imagine working 30 years and still having loans to pay off.”

Another change under the proposal would allow the U.S. Department of Education and the Internal Revenue Service to look at the income of borrowers who don’t pay their loans.

This is in an effort to “reduce inefficiencies and waste in the student loan program, and focus assistance on needy undergraduate student borrowers instead of high-income, high balance graduate borrowers,” according to the White House document, An American Budget – President’s Budget FY 2019.

If the proposed plan passed, it would affect all student loan borrowers originating on or after July 1, 2019, though there would be an exceptions for borrowers who are finishing their current course of study.

The Forum spoke to several students around campus to get their opinions about how the proposed budget would affect their education, if passed. Many students raised concerns that they might have a harder time financially pursuing higher education under the plan. Here’s what they had to say: 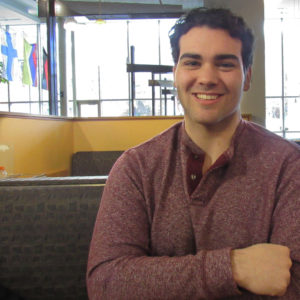 “I think this will affect not just me but kinda everybody in the sense that it would keep everyone working a lot longer than maybe past generations have. Because without the forgiveness plans for teacher or nurses or any type of traditional public service jobs that have a benefit for society — especially those that are considered low pay — it will keep them working and keep them out of financial security. That will ensure we have a workforce that isn’t allowed to retire because they are still paying off their debt.” 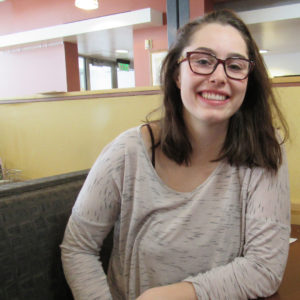 “I don’t feel like people should be punished for wanting to get an education. Like, the United States pushes for a lot of people to be educated and you are not allowed to make a living without being educated past undergrad. So I think that Trump’s plan, like any other plan that he has made for anything else, punishes other people for things that are basic necessities and that is just not right.” 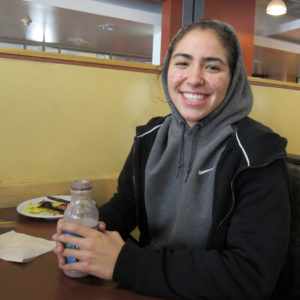 “I don’t think teachers and nurses should be punished for [receiving an education]. They are under-appreciated in our community and we don’t value them as we should. […] I think teachers should be given more money, if anything. They are teaching our youth, and that’s our future.” 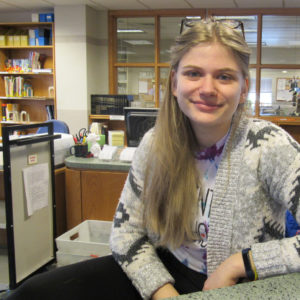 “I see it affecting me pretty negatively because I already have the max student loans that you’re allowed to have at my point because they have that whole cap on how much you are allowed to borrow your first year. I am getting through school here on student loans, praying I can pay them back and being restricted down to those proposed plans sucks. And I was looking at those careers that get the loan forgiveness and that also really sucks to have those gone.” 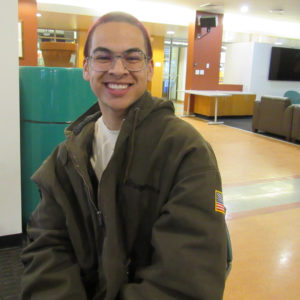 “I think that the only way I see this solution working out if there is way less debt in general. But as it is right now in most places, I don’t think it’s something I am for because I would rather have those forgiveness programs in the future. Just in case. You never know what might happen or how you would take off in your career field.” 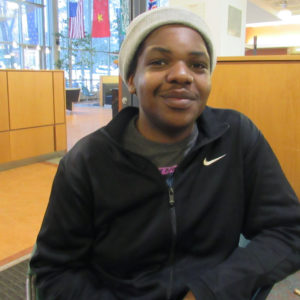 “In a way, I feel like it’s not a punishment but its making more education less affordable. […] Instead of viewing education as a positive thing, getting more education will kinda be a slight deterrent because you have to wait for 30 more years to be forgiven.” 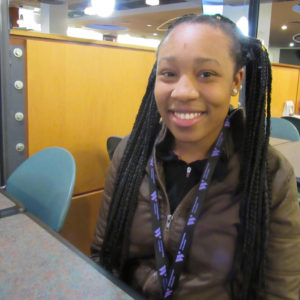 “It’s a bad thing for graduate people. Because you spend more money at a graduate level because you are getting a degree that says, yes, you are a professional in that field. And whichever school you go to, you will spend a lot more money to try to pay for that. That puts it in a negative way for graduate students who want to move on. But at a lower level, yes, it’s good for undergrad. Overall, I think its a bad thing because I want to go to graduate school, so that’s a lot of money to not be forgiven for so long.” 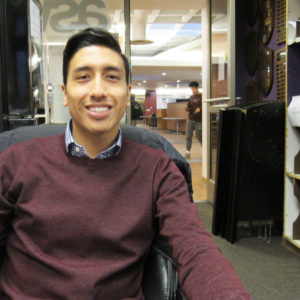 “I would have to first see the purpose of why Trump would be willing to have this plan. To be honest, we have a surplus of debt in student loans which is higher than credit card loans right now. And I don’t see how increasing the deadline for when loans will be forgiven [will] help any American debtor. So I would question his intentions and why Trump chose those parameters.” 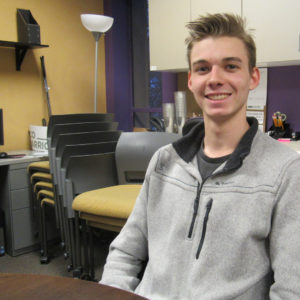 “It is completely illogical and there is no pattern to it. If [Trump] is raising certain years but lowering other years and doing away with the whole public service loan it seems rather random with no thought process behind it. Raising it to 12.5 percent would be a terrible idea because graduates and undergraduates or anyone paying their loans off would be paying more of their income — meaning their own lives would be harder, rather than just having to pay of their loans.”