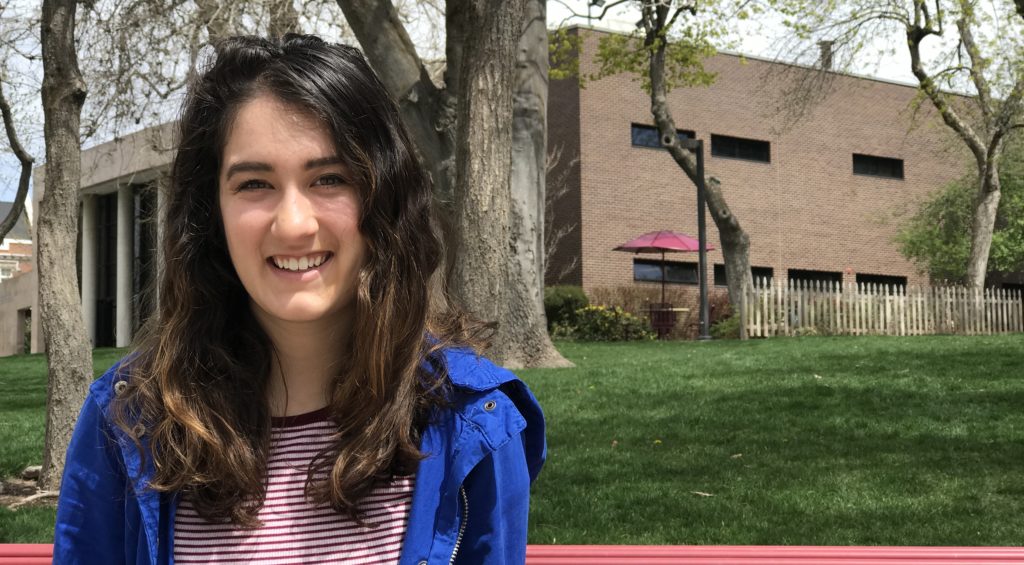 Claire Prasad, a senior biology major, sits on a bench outside of Giovale Library after talking about her experience at Westminster College. Prasad expressed regret that she’d been shy and watched Netflix her first two years of college instead of meeting new friends. (Photo by Jacqueline Williams)

As Westminster College seniors prepare face their last few days of their undergraduate careers, I sat down with three seniors to talk to them about their experience — regrets, what they’ll miss and what ‘lasts’ they’re planning before graduation.

“With term papers completed, final exams graded and diplomas in hand, graduation can be an exciting time for college students,” according to an article in the American Psychology Association. “However, with the economy looking more like a rollercoaster and less like smooth sailing, it is understandable that many recent graduates may be anxious about starting their life in the ‘real world.’”

Lucy Hegemann, a psychology major, agreed to meet with me for a quick interview before her class at noon in the Bassis Student Center.

It’s the height of Bassis’ busy season and around lunchtime — when everyone’s on campus finishing the last-minute details on an assignment or grabbing a coffee before class — it’s the most hectic time of day. Amid the hum of people talking, dishes clanging, keyboards clicking and the music drifting over from The Roost, it was noisy enough that we had to speak up, adding to the noise.

“Oh my god,” said Lucy when I asked her what she was most afraid of now that college is almost over. “Not having, like, structure — not having something that I have to do or that people lay out for me… Like, now you’re so independent. You’re doing it on your own and it’s scary.”

We talked about the looming date of graduation and all the projects and assignments that need to be completed beforehand.

Hegemann is far from the only college senior who can’t quite think about the ever-daunting day of graduation because of classwork. Claire Prasad, a biology major, also said she’s still working on writing her thesis. 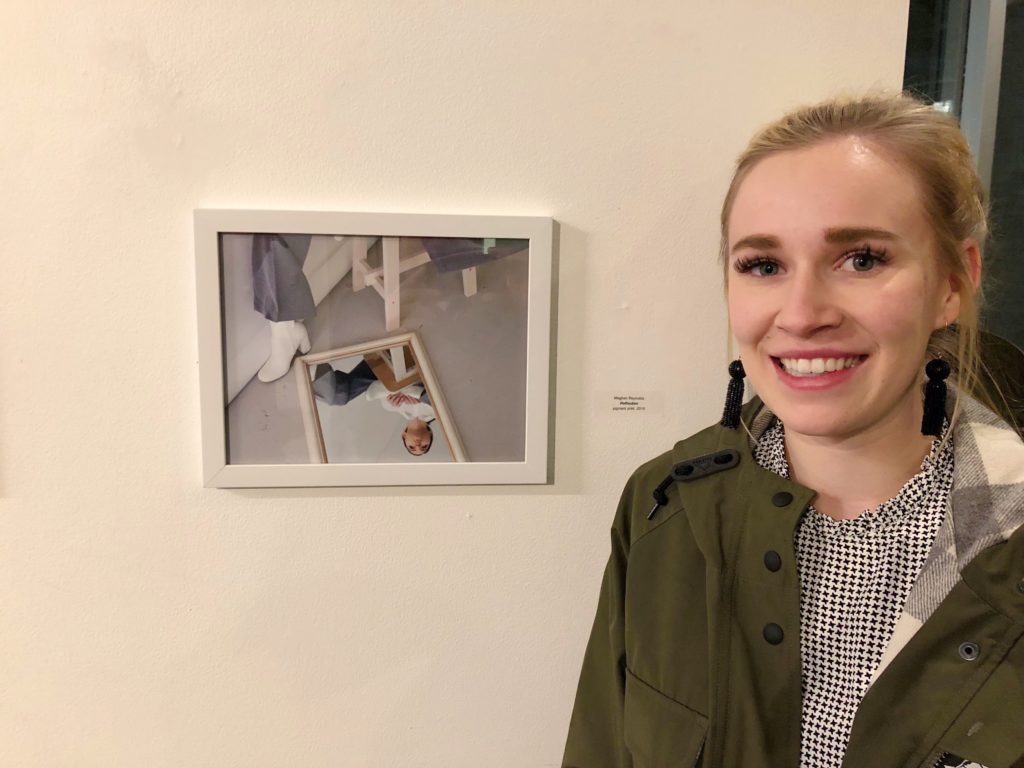 Megan Reynolds, a senior art major, stands in front of one of her three photography pieces at the Senior Art Exhibit in the Jewett Center for the Performing Arts and Emma Eccles Jones Conservatory on April 9. Reynolds said she is currently taking 22 credits so she can graduate a year early and kick start life in the ‘real’ world. (Photo courtesy Megan Reynolds)

“[I’m] just taking things one step at a time,” she said. “It’s really overwhelming when I think about the big picture, so I’m trying to focus on getting small tasks done. And hopefully when I zoom out I can see that I’ve actually accomplished a lot for graduation.”

With the excitement of graduation also comes regrets and reminiscing. I asked another soon-to-be graduate, Megan Reynolds, if she had any favorite memories or stories about her time at Westminster. She paused and looked out to Richer Commons before answering me.

Reynolds, an art major, is currently taking 22 credits to graduate a year early so she can start a career in the design or fashion editorial world. Looking back, she said she wishes she wasn’t graduating now.

It’s nice in the moment, she said: “but then you also miss out on a whole year of fun.”

Looking back, Reynolds said she regrets “not getting super involved.”

“I just kind of came and went,” she said.

Prasad expressed a similar regret and said she wishes she wouldn’t have been so shy about hanging out with people her first two years on campus.

“I watched a lot of Netflix freshman year,” she said. “I could’ve probably been hanging out with people and meeting new people.”

Hegemann also said she wished she’d gotten more involved on campus over the years. She said she decided to live at home instead of on campus because she was only one exit away but now wishes she would have done things differently.

Graduation is almost here and the last day of school is approaching even faster, making it hard for some to enjoy the last moments of their undergraduate career with all the deadlines attached.

“… I would just say it hasn’t really hit me yet.” Reynolds said. “I know [graduation] is coming and I know it’s happening, but I don’t really feel what it entails and feel what’s gonna happen [until] it does happen.”