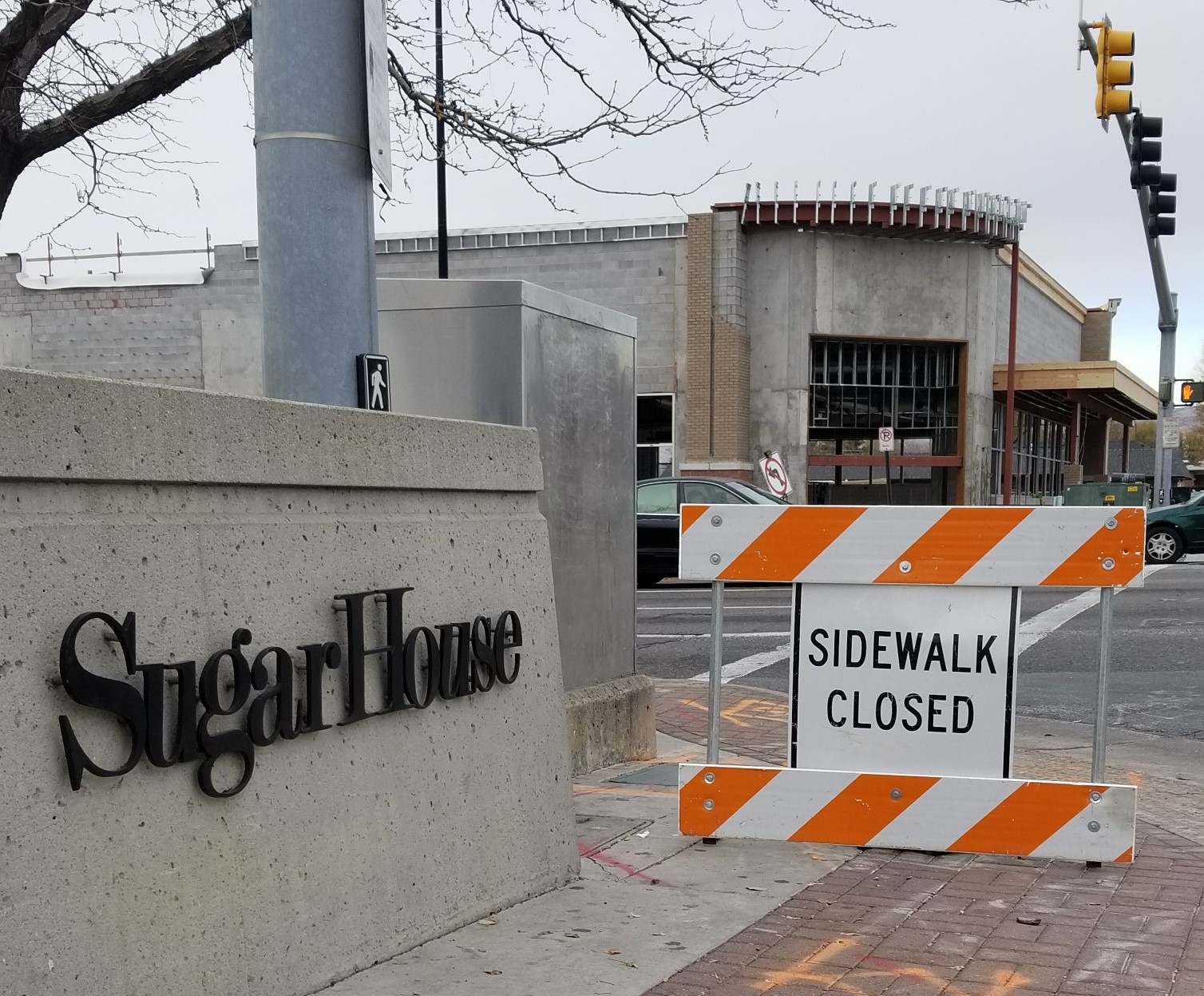 Construction of a new CVS Pharmacy on 1300 East left sidewalks and some roads closed in November 2017. Over the years, Sugar House has transitioned from primarily having “mom and pop shops” to a more trendy area. (Photo by Katie Felice)

Long-time residents know Salt Lake’s Sugar House neighborhood for its small-town atmosphere. But lately, it’s hard for those driving through the area to miss seeing road construction and buildings being demolished in favor of new ones.

Fayth Martinez is one of the owners of the local business Blue Boutique, which has been in the Sugar House area for 30 years. “Born and raised” in the area, Martinez said the community has been transforming rapidly throughout her life.

“In 2000, it was a community of older residents; now, it has become more hip and trendy,” Martinez said. “It’s all in the name of progress. And no matter how people feel about it, it will continue to grow.”

Though the area is growing and changing rapidly, Martinez said her store is a staple i\and business continues to thrive.

“It’s sad at times,” she said of the changes. “But it’s evolution.”

Judi Short, the land-use chair of the Sugar House Community Council, said the council works closely with developers to consider pros and cons of potential incoming buildings and whether those plans fit within the rules of the master plan, which details how the are will develop moving forward.

Though the council provides input on development, its members don’t always agree with the decisions, she said.

“We fight them on every project — here we have these great goals, but it’s all up for interpretation,” Short said. “The way development works, you or I or a developer could develop their property to its highest and best use, as long as it fits within the zone.”

Short, who has lived in Sugar House for 43 years, said Sugar House was originally known for home improvement stores like Maytag, JCPenney and furniture shops — most of which were small, locally-owned stores. 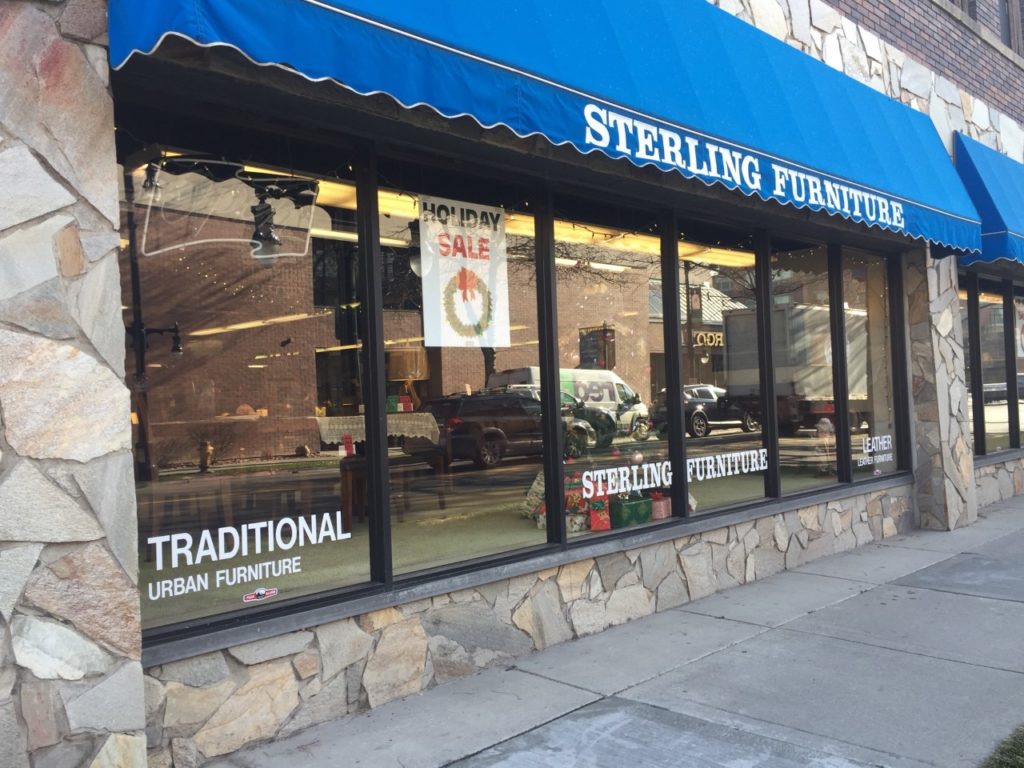 Sterling Furniture, a family-owned shop that has been in the Sugar House since the early 1940s, has remained in the area as the community has changed from primarily having “mom and pop shops” to a more trendy area. Mark Williamson, one of the store’s owners, said the community is now facing traffic and parking challenges. (Photo by Katie Felice)

“It’s a long view from when I used to take my two year old to JCPenney to buy tennis shoes, which is now where the Sundance store is,” she said.

Sterling Furniture, a family-owned store that has been in the area since the early 1940s, has remained in Sugar House through all the change. Mark and Deb Williamson, the current owners, said the business has been in their family for six generations.

Over the years, they said they have experienced the ups and downs of the community’s evolution. Mark Williamson said the main challenges the community has and will continue to face are traffic and “perceived parking.” If people don’t know where a parking lot is or don’t have easy access to one they may not stop at all, he said.

As far as their business is concerned, he said: “it’s declined, it’s grown, it’s declined and it’s growing right now. We are tied to the local area, but we also want to draw from a larger area. We serve all over the Salt Lake Valley.”