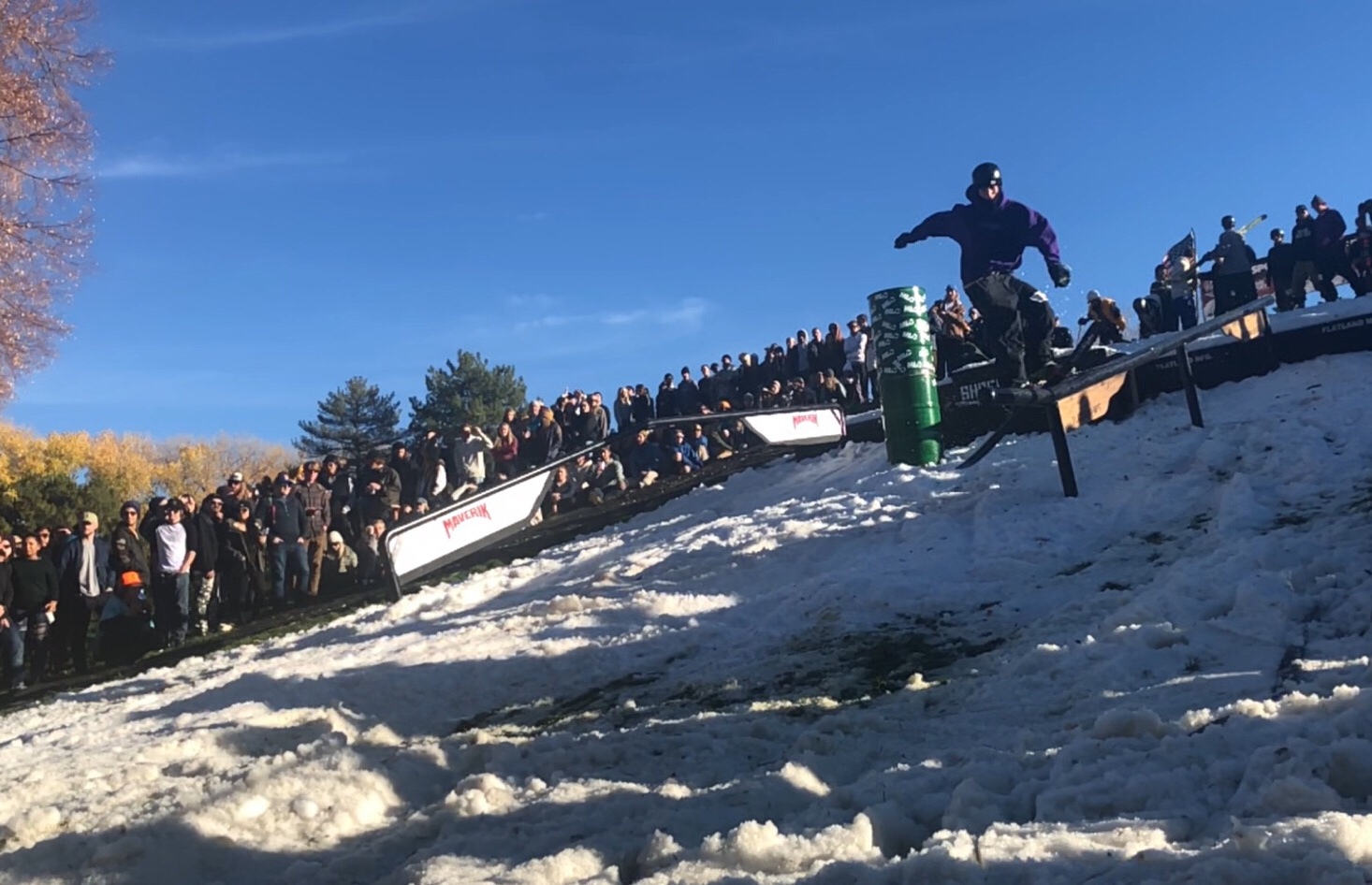 A skier hits a rail at Shred Fest at Liberty Park in Salt Lake City on Nov 3. Westminster College students and community members alike gathered to watch the rail jam and other performances at the event meant to start the winter sports season. (Photo by Jamie Crane-Mauzy)

Westminster students and community members alike celebrated the start of the winter sports season at Shred Fest on Saturday.

Shred Fest is an event held in Liberty Park in Salt Lake City. According to its website, the event is a celebration of skiing, snowboarding, skateboarding, live music and more.

Shred Fest is an annual event that began in Missoula, Montana, and spread to Salt Lake City as well as Denver, Colorado, according to its website.

“Shred Fest is beneficial because it brings the entire Westminster College and Salt Lake ski and snowboard collective together,” said Davis Lentz, the president of the Westminster Ski and Snowboard Club in a message to The Forum. “It is super important to have a consistent event that rallies everyone and gets the winter season stoke going, just before it starts.”

“I would say the fact that the people who put it on aren’t just random people, they know most of the riders in the competition,” sophomore business major Andre Kemink said. “They try to add a personal touch to the event and make it more of a community event.”

Another student, Sully Swearingen, said Shred Fest is exciting because it brings many different people together over something they all enjoy.

“It brings everyone together into a community that can appreciate one passion,” said Swearingen, sophomore geology major.

*Jamie Crane-Mauzy is a staff reporter for The Forum.