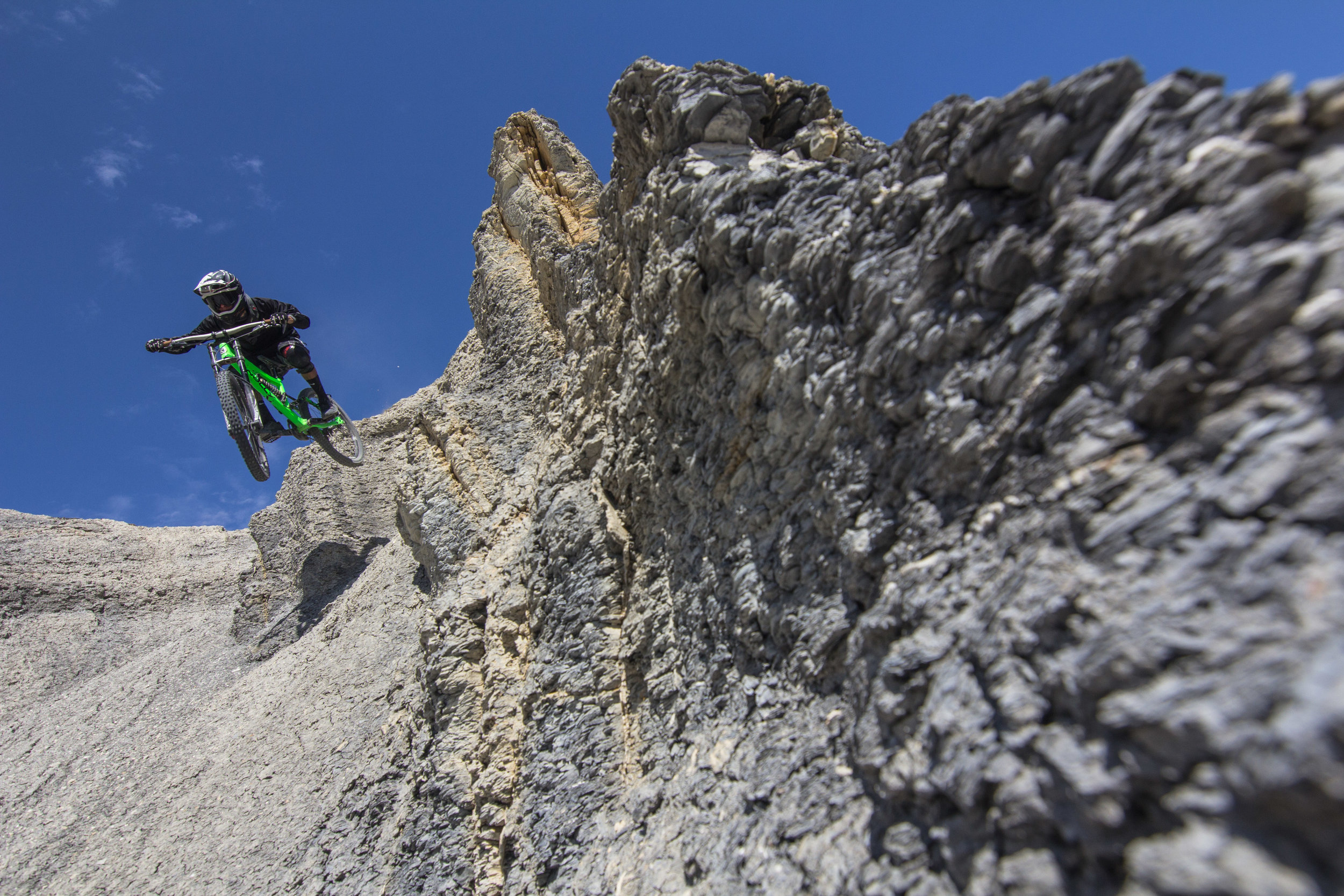 Jack Graham, a senior at Westminster College, drops into a line in Southern Utah in October 2017. E-bikes are one of the newest sources of controversy in the mountain bike community today, but Graham said “they’re definitely more of a bicycle than a motorcycle.” Photo courtesy Rocko Menzyck

E-bikes are one of the newest sources of controversy in the mountain bike community today because some people see them as motorcycles and others say they’re still bikes. But students at Westminster College said e-bikes may have a bad reputation but should still be allowed on non-motorized trails.

E-bikes are just like normal bicycles but with an electric motor added to make pedaling easier, and — in some cases — completely unnecessary.

That means they’re “often considered cheating by traditional mountain bikers because of the assistance the motor gives when climbing, and the ability to travel faster,” wrote Travis Poulin in an article for Outdoor Magazine.

In Southern Utah, the town of Moab banned e-bikes in 2014 from many of the area’s most popular trails because they’re considered motorized vehicles, according to an article on WeLoveCycling.com — “an articulation of standing policy that e-bikes are considered motorised [sic] vehicles and, as such, should be banned from all trails designated for non-motorized use.”

But not everyone agrees.

“I think that’s a little over the top,” said Jack Graham, who works for the Bicycle Collective at Westminster. “They’re definitely more of a bicycle than a motorcycle.”

Logan Gill, a Westminster alumni, said he thinks e-bikes have a bad reputation.

“I don’t think they deserve all the hate they get for mountain biking,” he said. “Some trails have banned e-bikes and I think that’s kind of unfounded because it’s still just a bike.”

Some have said e-bikes should be banned on trails because they make it easier to get going fast and potentially out of control.

“In Park City, they banned them on the rail trail because you can get going pretty fast,” Graham said. “I can see where that would be a problem on some trails, but if you’re going that fast and you’re not comfortable on a bike, you shouldn’t be doing it.”

Jeremy Collett, a senior at Westminster, said he understands why some people are worried about e-bikes, but he doesn’t see them as a problem.

“I think probably the biggest issue isn’t e-bikes — it’s just people not knowing bike etiquette like who has the right of way,” he said.

Though some are are skeptical about e-bikes and what they mean for the future of mountain biking, others are excited.

“When you do hop on one, it’s so noticeable how awesome it is,” Graham said. “The effort you put in is, like, nothing. I can see myself trail riding for so much longer on one of those.”

The ability to ride longer with less energy may be a game changer for those who aren’t strong riders and could get more people into the sport.

“It makes riding more accessible to people new to mountain biking,” Gill said. “I guess that could be a problem if people don’t know how and when to use the brakes, but at the same time it’s their responsibility to learn and keep themselves safe, so I don’t see it as a problem.”