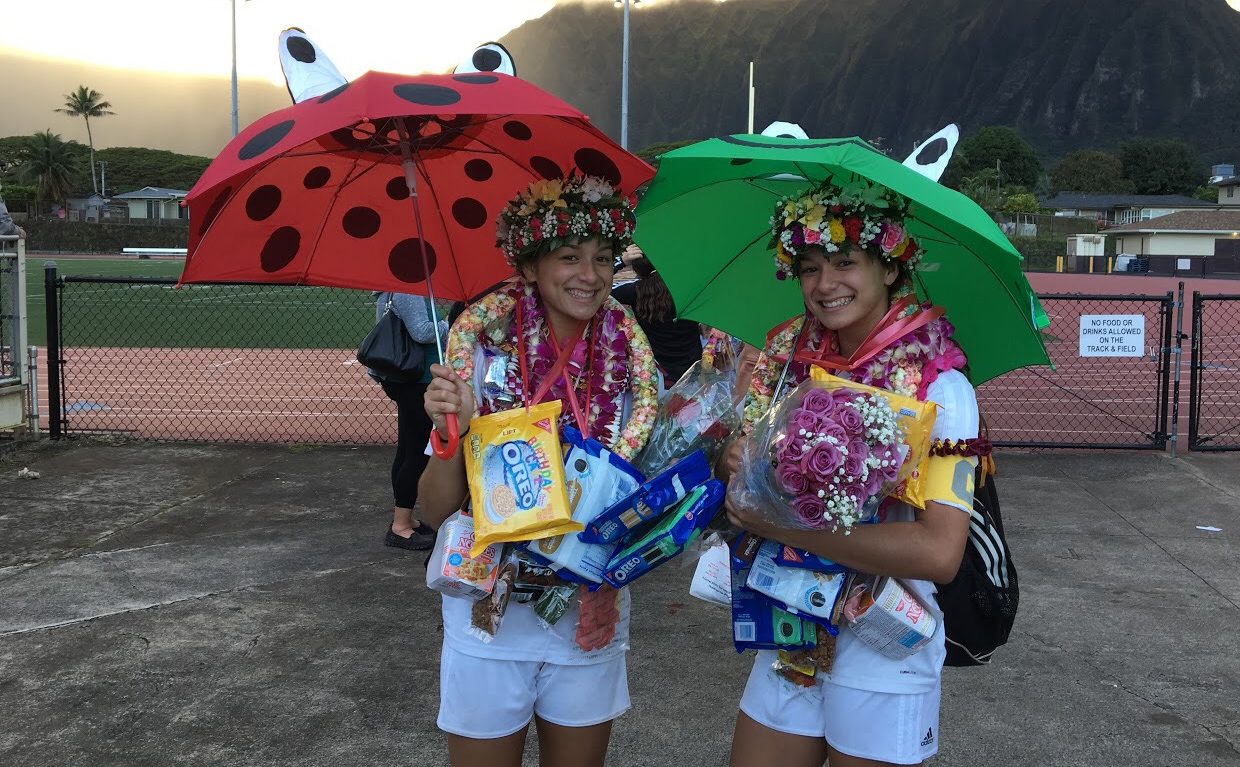 Sport families are common, but sports twins are a little harder to find.

Cole and Chase Flinders, who started playing lacrosse in seventh grade, have continued to play together through the past nine years and now play on Westminster College men’s lacrosse team.

Not only do the juniors share the same college and the same sports team, but they are also both majoring in finance.

“It’s really fun being on the same team,” Chase Flinders said. “If Cole ends up on defense or something, I know his tendencies.”

Another advantage of being a twin on the same team is that they always have someone to practice against, Cole Flinders said. 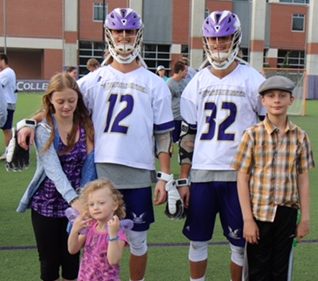 Cole and Chase Flinders, junior finance majors, stand with their younger siblings after a Westminster College men’s lacrosse game. The Flinders brothers are twins and have played lacrosse on the same team since they were in the seventh grade. (Photo courtesy Cole Flinders)

practice, I like to practice dodging on Chase because we play different positions,” he said. “It kind of works out that way. It’s fun to go at each other and be competitive.”

Though being a twin on the same team has its upsides, it can also confuse opponents as well as coaches, Chase Flinders said.

“Even our coaches get confused,” he said. “They will call me Cole and [call] Cole, Chase; and in our lacrosse gear we look exactly the same.”

Shea Kealoha Kauanui and her twin, Kalie, also played on the same team together in high school but decided to pursue their soccer careers at different colleges. Kauanui, a first-year business management major, now plays for Westminster’s women’s soccer team and her sister plays at Columbia Basin College in Washington.

“You weren’t alone,” Kauanui said. “You always had that one friend. It was a good push to work hard because there was a competition between us. You always wanted to be the better one.”

The stress of playing sports together can also intensify the emotional bond between twins, Kauanui said.

“We definitely feed off one another,” she said. “It did affect us a lot when she would get scored on.”

The Kauanui sisters are trying to convince their coaches to make the drive to allow their two colleges to play against each other, Kauanui said, but they haven’t been able to make that competition happen yet.