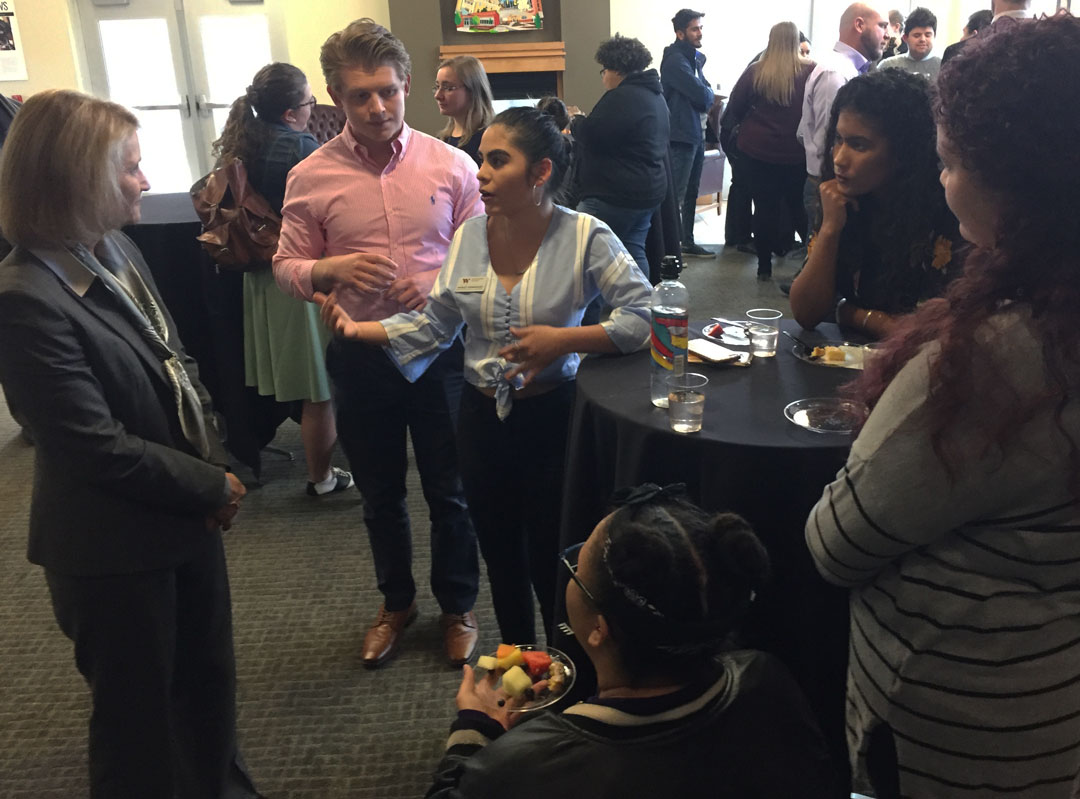 Beth Dobkin, Westminster College president-elect, meets students during an open student repetition in the Alumni House on April 17. Dobkin was selected by a closed presidential-search so the reception gave students a chance to talk with her for the first time. (Photo by Jazmin May)

Students at Westminster College attended an open reception on Tuesday in the Alumni House to meet the school’s next president, Dr. Beth Dobkin. The reception gave them the opportunity to ask questions about her views on her new role and what she plans to do once she takes office July 1.

Dobkin will be Westminster’s 19th president and the second woman to hold the position in the school’s history.

“I really wanted to introduce myself to Beth and hear what she is about,” said Kara Kornhauser, a junior environmental science major. “It is wonderful we have a female coming into this position. It isn’t something a woman is always necessarily chosen for and I think that’s a really positive improvement.”

After the college announced Dobkin as its next president, she said in a statement on Westminster’s website that she was “honored to serve” as the school’s next leader. She noted also her anticipation to work with the community “to provide students with an inclusive and supportive education, one that challenges students to create, innovate, and lead with passion and integrity.”

Kornhauser said events like the open house are an important way to allow Dobkin the chance to meet a broad range of students before they return in the fall.

“I think it’s important that the president works closely with students and hears the voices of a large range of students instead of just a few that are in leadership positions,” she said.

Kornhauser said the reception was also a good chance to mingle with fellow student leaders. 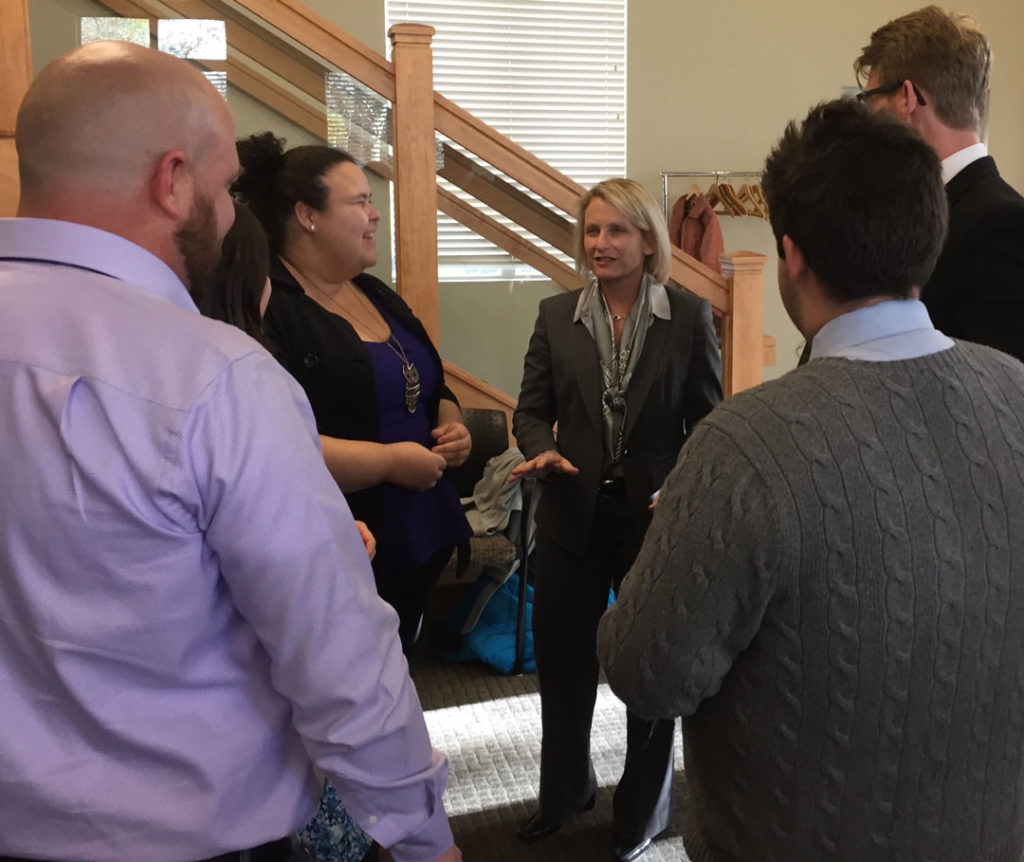 Students introduce themselves to Westminster College president-elect Beth Dobkin during an open repetition in the Alumni House on April 17. This is the first time students have had a chance to speak with Dobkin who was was selected by a closed presidential search. (Photo by Jazmin May)

Jazmin May, ASW president elect and a reporter for The Forum, attended the reception but first met the new president earlier that day in a meeting.

“I know from my interactions with her she really cares about Westminster and has long-term goals for the college,” May said. “We mostly talked [at the meeting earlier that day] about the relationship between ASW and her being president — asking ourselves, ‘What does that look like?’ and where we see the college heading.”

Mia Moore, the new speaker of the Senate and a sophomore management major, said the event allowed the Westminster community to be part of the new leadership change.

During Moore’s first visit of campus two years ago, she said outgoing President Steve Morgan stopped her to say hello.

“The tour guide said he [Morgan] was the president of the college,” Moore said. “And wow, that is something completely different — completely special — that Westminster has. It made a difference to me.”

Moore added that she hopes Dobkin carries on the expectation of close interactions with both current and prospective students.

“The benefit of events like this is breaking down barriers,” Kennedy said. “Student thinks the president and school’s administration in general is on a pedestal and not at their level, and these events show that our staff really care about our students and their success and want to know their stories.”