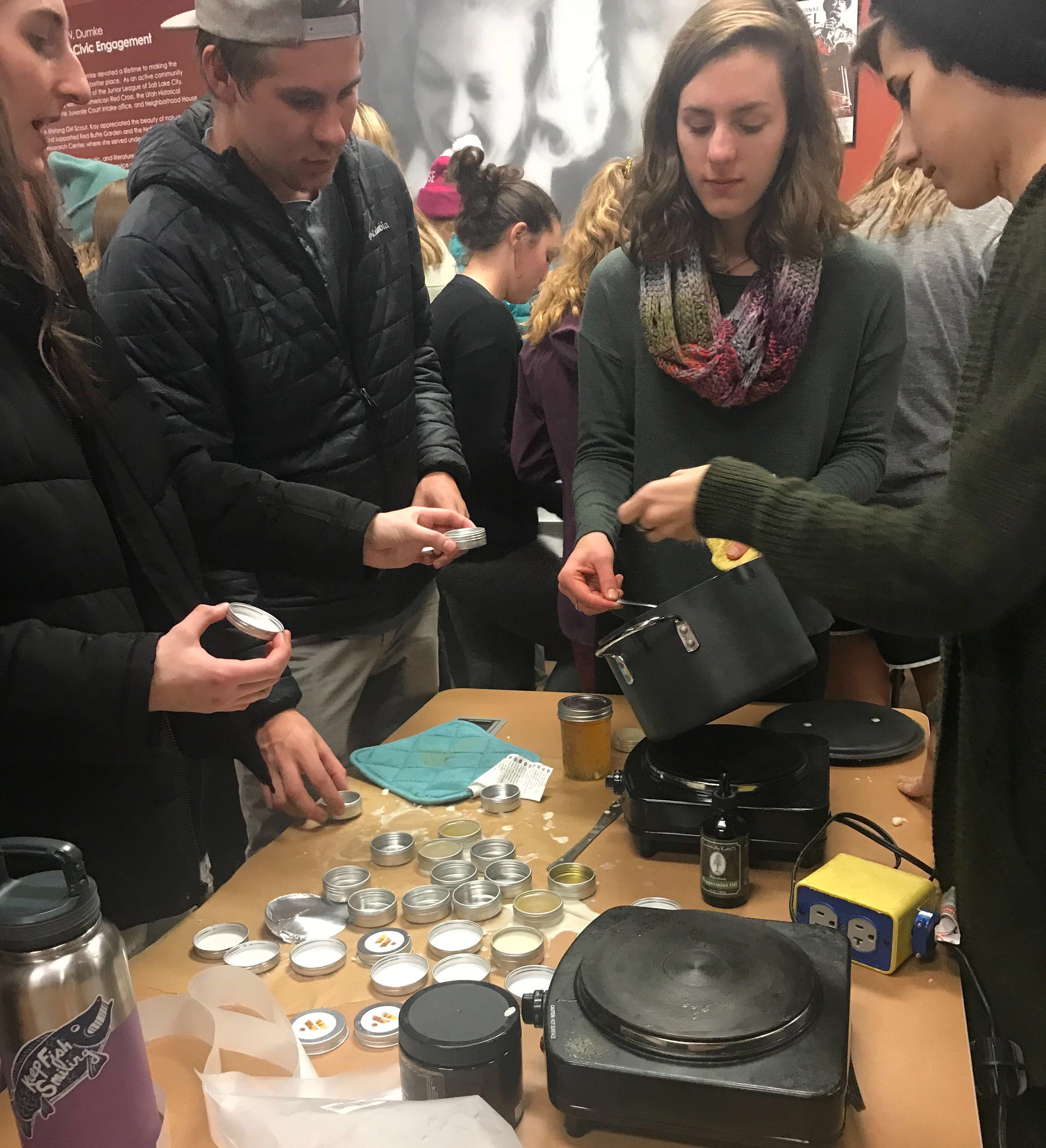 Westminster College students learn to make lip balm and soap out of beeswax at the #WasteFreeWestminster event held on Nov. 28 in the Bassis Student Center. This event is one of many held by the Environmental Center to teach students how they can be more environmentally aware and contribute to climate solutions. (Photo by Stephanie Held)

After the release of the National Climate Assessment, President Trump remarked publicly that he does not believe climate change is man-made or that the effects actually exist, according to the Washington Post.

The assessment details how climate change will impact different areas of the U.S. over the next few decades. Its release sent shockwaves throughout the country and started renewed conversations on how to combat climate change.

In response, several Westminster College students voiced their concerns and encouraged their peers to get involved in finding climate change solutions.

This semester, Hailey Brookins and Kelsey Barber created the Students for Climate Solutions club as a starting point for students to become more environmentally aware.

“[Students for Climate Solutions] is essentially for our generation because we are the ones who are going to feel the [effects of climate change],” Brookins said. “I feel like students don’t realize how important their voices are to their legislators.”

Climate change is hard to recognize on a day-to-day basis which can make it hard to convince people of its importance, said Kelsey Barber, a sophomore physics major.

“Climate change is subtle, but once it starts adding up and you see where it is going in the future it is kind of scary,” Barber said. “It doesn’t matter if you believe in it, you need to look at the facts. Climate change is happening.”

Barber emphasized the importance of people working together to end climate change. She said it will lead to more health problems as well as economic disaster.

“We need to be advocating for solutions,” Barber added. “I think the only way to find a solution is by having people believe in it and having people interact to try and solve it.”

A common misconception on climate change is that because winters are colder and lasting longer, global warming doesn’t exist. However, these more brutal winters could be a direct result of a warming Arctic, according to a study published by Nature GeoScience.

Trump denied this claim on Twitter and posted in response to cold temperatures that could potentially surpass previous U.S. records asking, “Whatever happened to global warming?”

The Environmental Center’s Environmental Justice Coordinator Eliza Van Dyk said although some communities have not had to deal with the immediate effects of climate change, it is a prevailing issue that students must work towards preventing.

“The impacts of climate change are extremely disproportionate in historically marginalized communities,” Van Dyk, a sophomore custom major in environmental justice, said in an email. “Not believing in climate change is not only a huge privilege, but it propagates legacies of oppression.”

Much of Trump’s denial may be to support his agenda of environmental deregulation, which he said will help spur economic growth, according to a New York Times article. 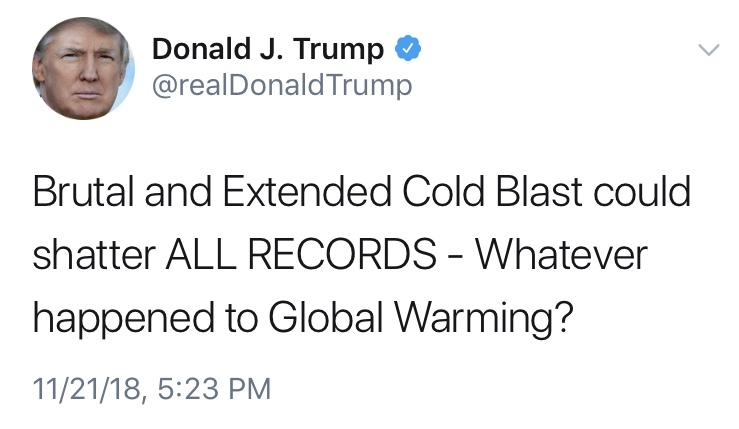 President Trump tweets in response to the colder U.S. temperatures on Nov. 21. Trump said in an interview with The Washington Post that he does not believe climate change is man-made or that it should be a concern of his administration. (Photo by Cami Mondeaux)

The article also said, the National Climate Assessment shows “the damage will knock as much as 10 percent off the size of the American economy by century’s end.”

Many Westminster students also said they disagree with Trump’s stance, pointing to different solutions that are both environmentally and economically friendly.

“There are climate solutions that are economically minded that if we put them in place now, we can be mindful of the environment and economy,” said Hailey Brookins, a sophomore environmental studies major. “It’s not like an either/or situation.”

While becoming politically involved is important for creating change, Brookins said she realizes that many students may find it daunting.

She said that students can help combat climate change whether their actions are big or small. Movements such as “Meatless Monday” or just talking to peers about it helps spark change, she said.

With the assessment calling for change in the next few decades, clubs like Students for Climate Solutions also emphasize that change is crucial and it needs to happen now.

“It’s such a pressing issue,” Brookins said. “If we don’t do something in the next 10 years, we are past the tipping point. We have to start making changes now.”