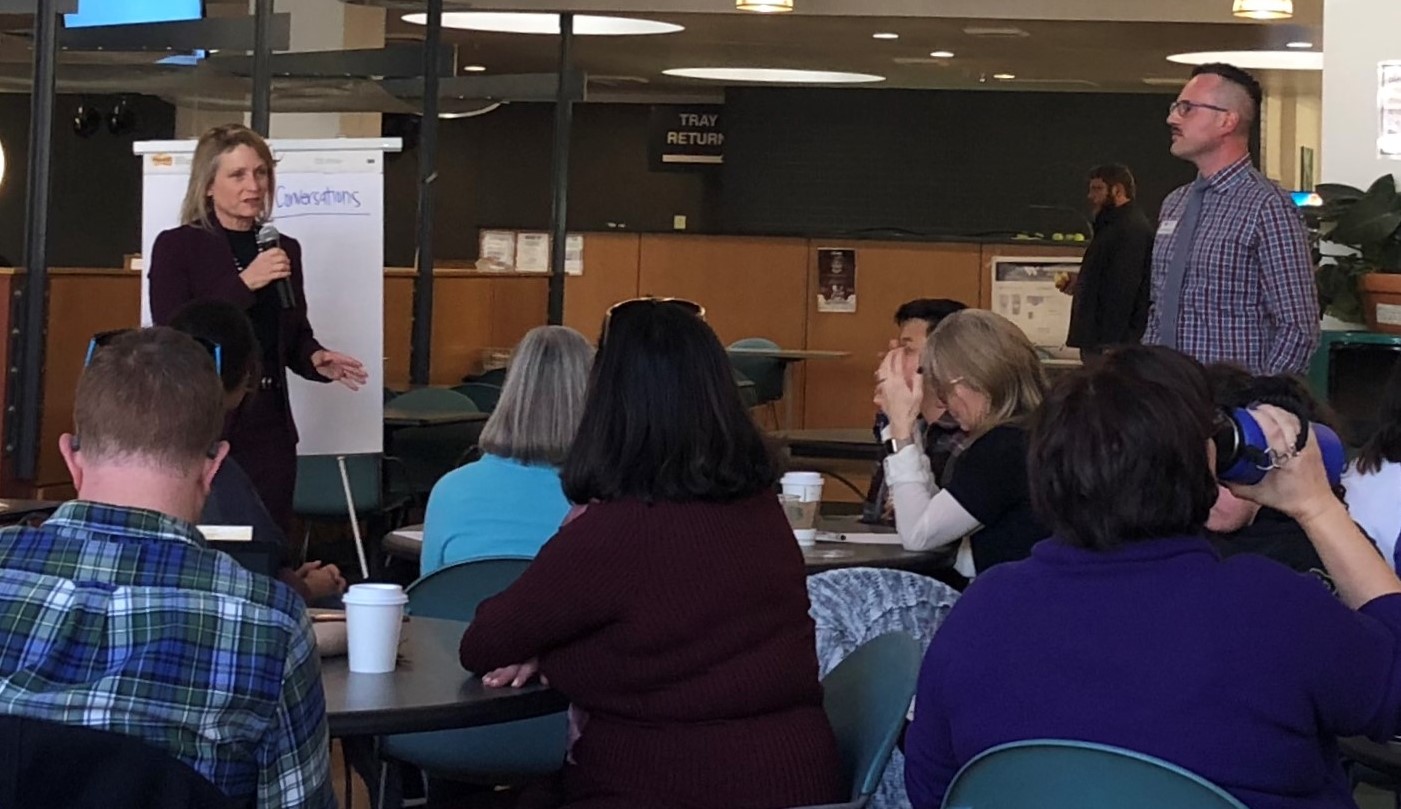 President Beth Dobkin emphasized the importance of active listening at a community conversation Wednesday in the Shaw Student Center.

The event was co-hosted by Assistant Psychology Professor Christopher Davids and was held as a way to foster discussion within the Westminster College community.

Many students, faculty and staff were in attendance.

Those in attendance were asked by assistant psychology professor Christopher Davids to group up with individuals they were not acquainted with prior to the event. Using active listening tools, the groups were first asked to have a conversation about a generic topic in their lives. In the second part of the activity, the groups were asked to discuss a controversial topic they disagreed on.

“My group talked about if you take the time to talk about someone else’s opinion it will actually help you formulate better evidence to make a discussion rather than an argument,” said senior psychology major Ciearra Everill.

The goal of the activity was for the listener to not respond with their opinion, but rather understand the other’s perspective.

“Talking to someone I did not know. Talking about one thing, listening to them, and asking questions. It was a very vulnerable experience. Especially the second conversation, because it was about very controversial issues,” said Sanskriti Timseena, a sophomore studying computer science and mathematics.

The event facilitators reminded individuals to approach conversations as an active listener. They said an active listener will ask open-ended non-opinionated questions to further the discussion and understand the opposite person’s perspective. 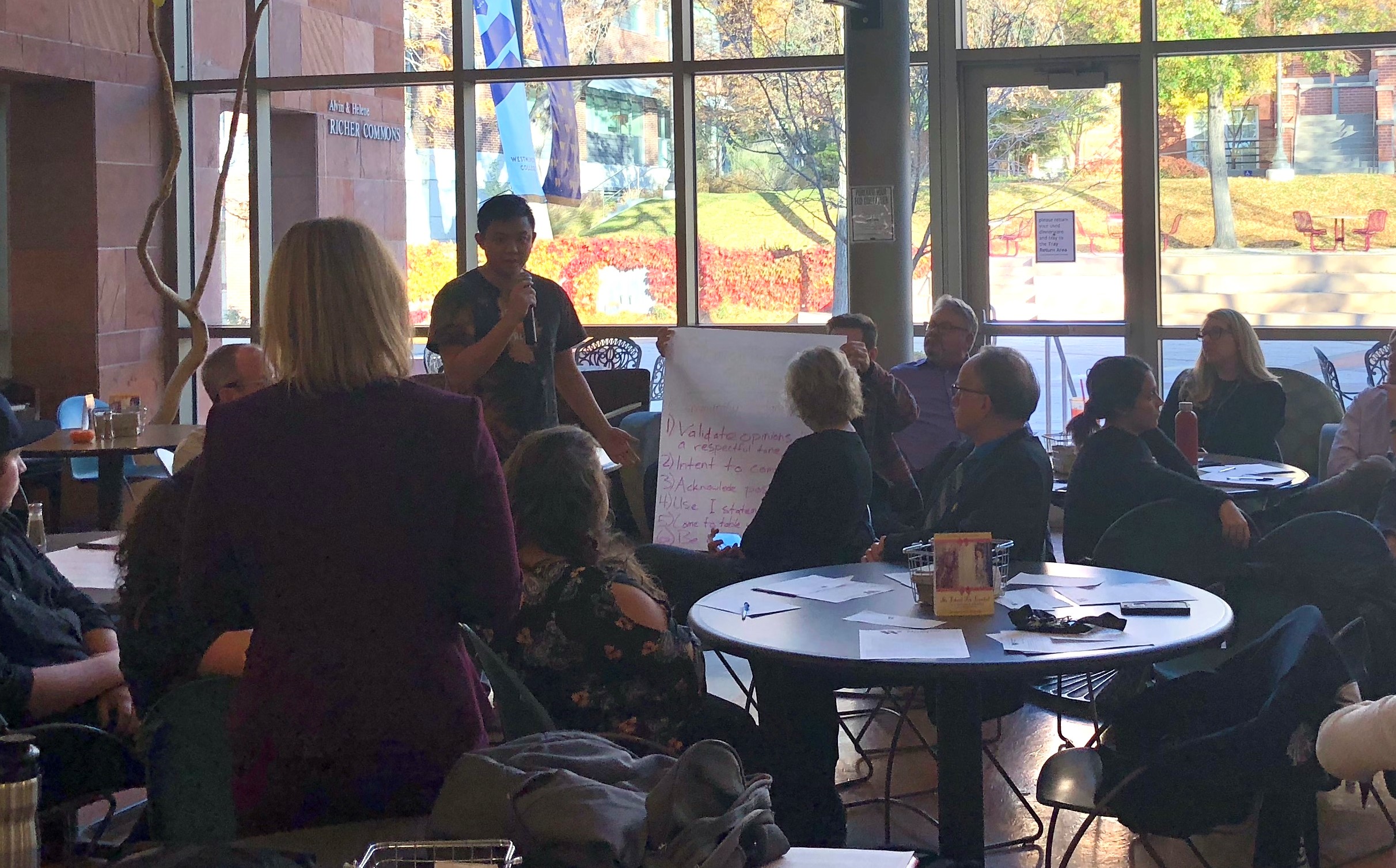 Attendees at the first community conversation event work in groups to discuss the importance of being an active listener and listed what traits should be portrayed during a conversation Nov. 7 in the Shaw Student Center. President Dobkin and professor Christopher Davids held the event as a way to facilitate discussion within the Westminster community. (Photo by Seaira Moller)

“We obviously all come from different aspects of life and we all experience things differently,” said senior psychology major Libby Dearden. “Something I may experience may be a completely different experience from someone else.”

In groups, attendees discussed the importance of approaching an issue with a solution and open mind.

“One of the biggest things we talked about in my group was coming to the table, if you have a conflict, with a solution and being able to compromise on that solution,” Dearden said.

The event allowed members of Westminster’s community, who would likely not cross paths, communicate their viewpoints.

“I think we had a really good discussion with a staff member today, about a lot of student’s thought processes about what is going on on campus and she seemed to take it to heart by saying she would bring [the conversation] up to other people,” Everill said.

A survey was also filled out by attendees to gather feedback on the event.

President Dobkin said in a message to The Forum that if the event was successful and depending on the level of interest, she would like to host these community conversations about two to three times a year.

“I would definitely come back for more, I think there are a lot of race relatedl topics that go undiscussed in class,” Timseena said. “I think that we should discuss them even though they are difficult topics.”

Future community conversations that were requested by students included: security on campus, multicultural, notifications when an emergency happens at the University of Utah and defining respect.