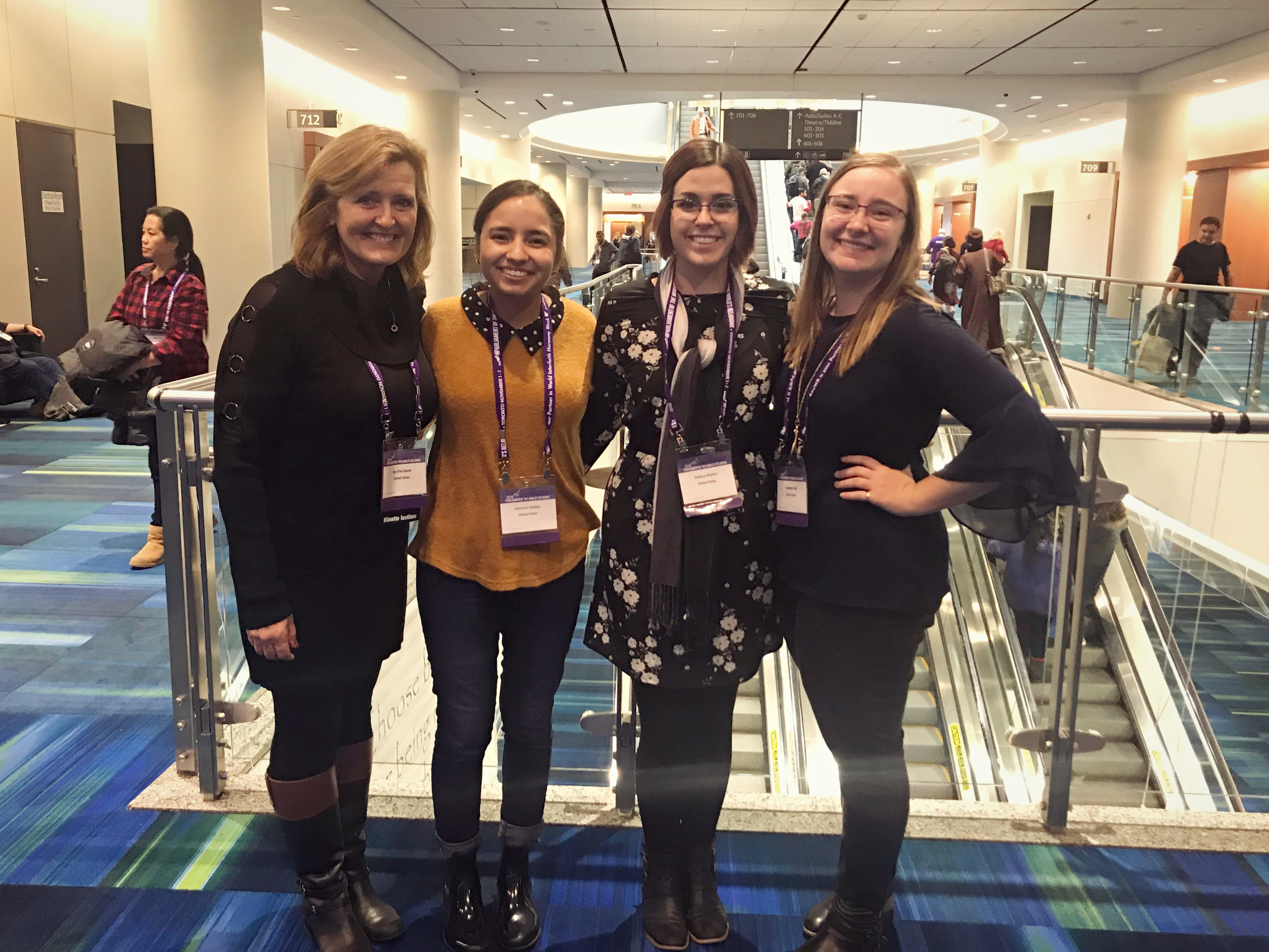 The custom major program at Westminster College is a way for students to propose an individual program of study that pulls from different disciplines, according to Westminster’s webpage. The custom major must contain 50 credit hours of classes from two different academic programs.

Most students choose a customized major for one of two reasons, said Stewart, who declared a custom major during her undergraduate. One of those reasons is to combine two passions they have and study them together.

“If they had unlimited time and resources they would stay for six years and double major,” Stewart said. “That as we know is probably not realistic for most students. So what the customize major allows students to do is, for example, to marry those two loves and create some kind [of] way to combine [them]. That allows the student to strategically select from those two disciplines and […] have the best of both worlds.”

Stewart said another reason students choose a customized major is because they have a singular passion that isn’t offered as a course of study. It could be a question, theme or concept that really motivates students to study.

“I had a student that did a customized major in disability studies,” Stewart said.  “She was intensely interested in the history and current realities of disability and ableism in the United States. She took classes in justice studies, sociology and a little bit of political science and some education courses […] and ultimately wrote a thesis looking at the history and current status of public policy around disability and ableism.”

Stewart said this student went to work for the Utah Health Project and was featured in the New Yorker for getting the Medicaid proposition on Utah’s ballot in the recent election.

“[The] value is that [the program] let’s student’s really craft a degree plan that caters to their specific interest,” Stewart said. 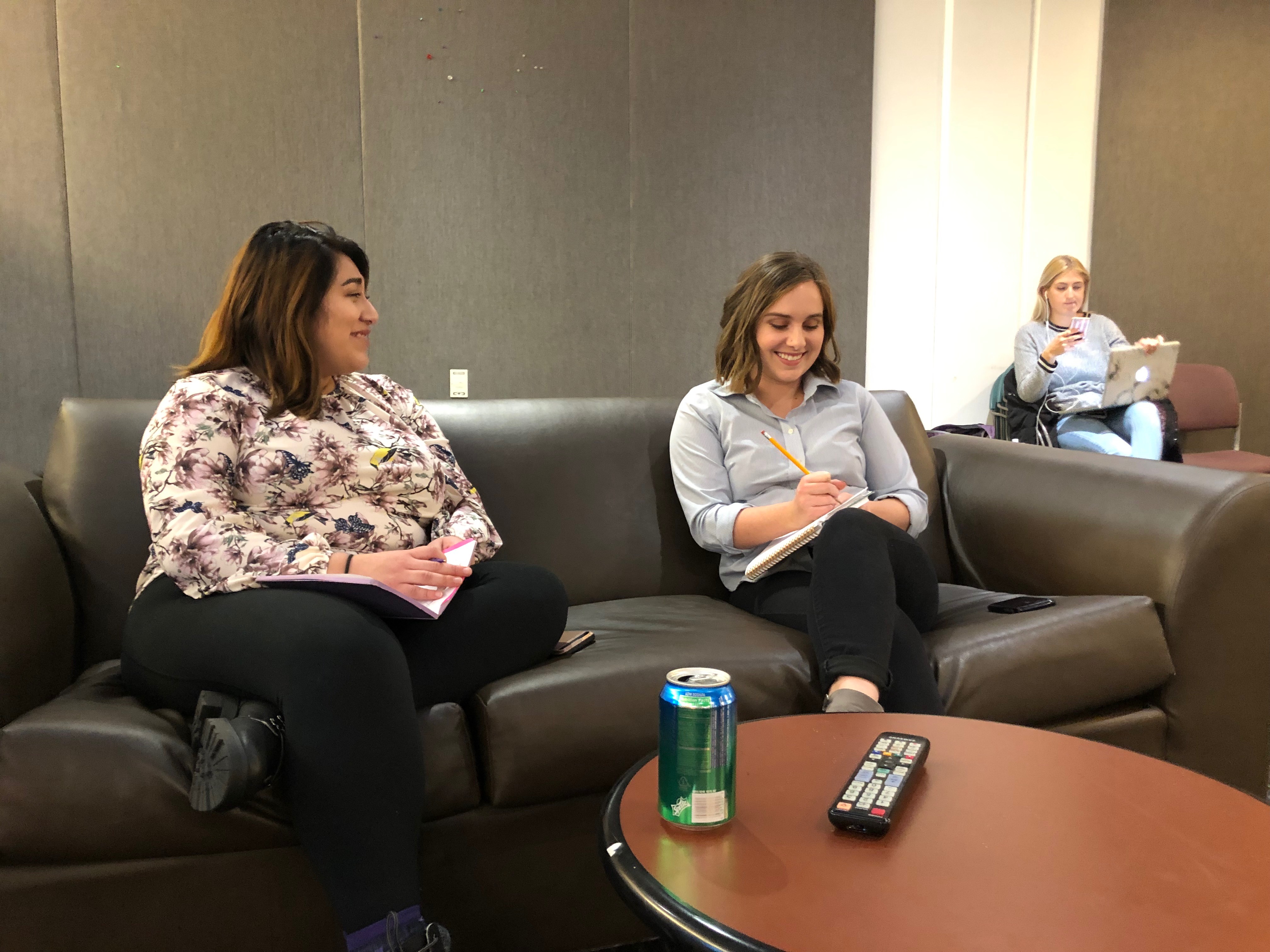 Jazmin May, ASW president, and Maggie Regier, junior community health custom major and ASW vice president, have their monthly meeting for ASW in Shaw Student Center on Nov. 28. Regier said, “I wanted to pursue causes, pursue justice and just find the way that would best fit my personality and my inherit skill set.” (Photo by Makayla Kirk)

Maggie Regier, a junior community health custom major, made the decision to create a custom major her sophomore year. She started out as a theater major but started to think about a custom major after taking a global health class that changed her educational path, according to Regier.

Regier said her major is community health custom major is justice based and focuses on the big picture of public health with concrete skills from communication and tools from her theater background.

“I wanted to pursue causes, pursue justice and just find the way that would best fit my personality and my inherit skill set,” Regier said.

Regier said that the custom major isn’t for everyone though. She says you have to be disciplined, determined and find the right fit.

“The custom major program is a really fantastic option for the right student,” Regier said. “A common misconception is that I’m taking the easy way out or something, and I don’t think I’ve made an unnecessary amount of difficult work but […] I found a niche that I want to get into.”

Other students also said a custom major was the best route for them.

Rebecca Blanton, a sophomore peace and conflict studies custom major, first thought she wanted to major in psychology but said she was also interested in political issues as well as communication.

“I didn’t know what direction to take academically, until my advisor Jan Saeed, director of the Office for Global Peace and Spirituality, told me about how she completed her master’s degree in Peace and Conflict Resolution,” Blanton said. “I felt that current issues were too complex and that I’d be limiting myself by not working to understand issues from multiple disciplines. I also wanted to construct a major that would be focused on trying to find solutions and felt that constructing a major focusing on peace would be a perfect way to do that.”

Blanton said that custom majors are the way of the future and thinks that students at Westminster have a very unique opportunity.

“There’s something so powerful about taking your college years into your own hands academically and deciding what specifically it is that you’re here for,” Blanton said. “I understand that some areas of study provide direct paths to jobs down the road, but I strongly believe that if our only goal out of college is to find a job, we are missing an opportunity to enact meaningful change in the world.”

The custom major option opened opportunities for Blanton, she said. She is able to be in closer connection with faculty and staff, be vocal about her passions and attend conferences.

Although the custom major program has been around for about 50 years, according to Stewart, the program was revitalized when the current Dean of Arts and Sciences Lance Newman came to Westminster.

He made it easier for students to sign up and promoted the program, Stewart said.

“It has grown enormously and it is now something that a lot of students do because students have these passions and perspectives that make them want to move out of some of the conventions of some of the disciplinary majors,” Stewart said.