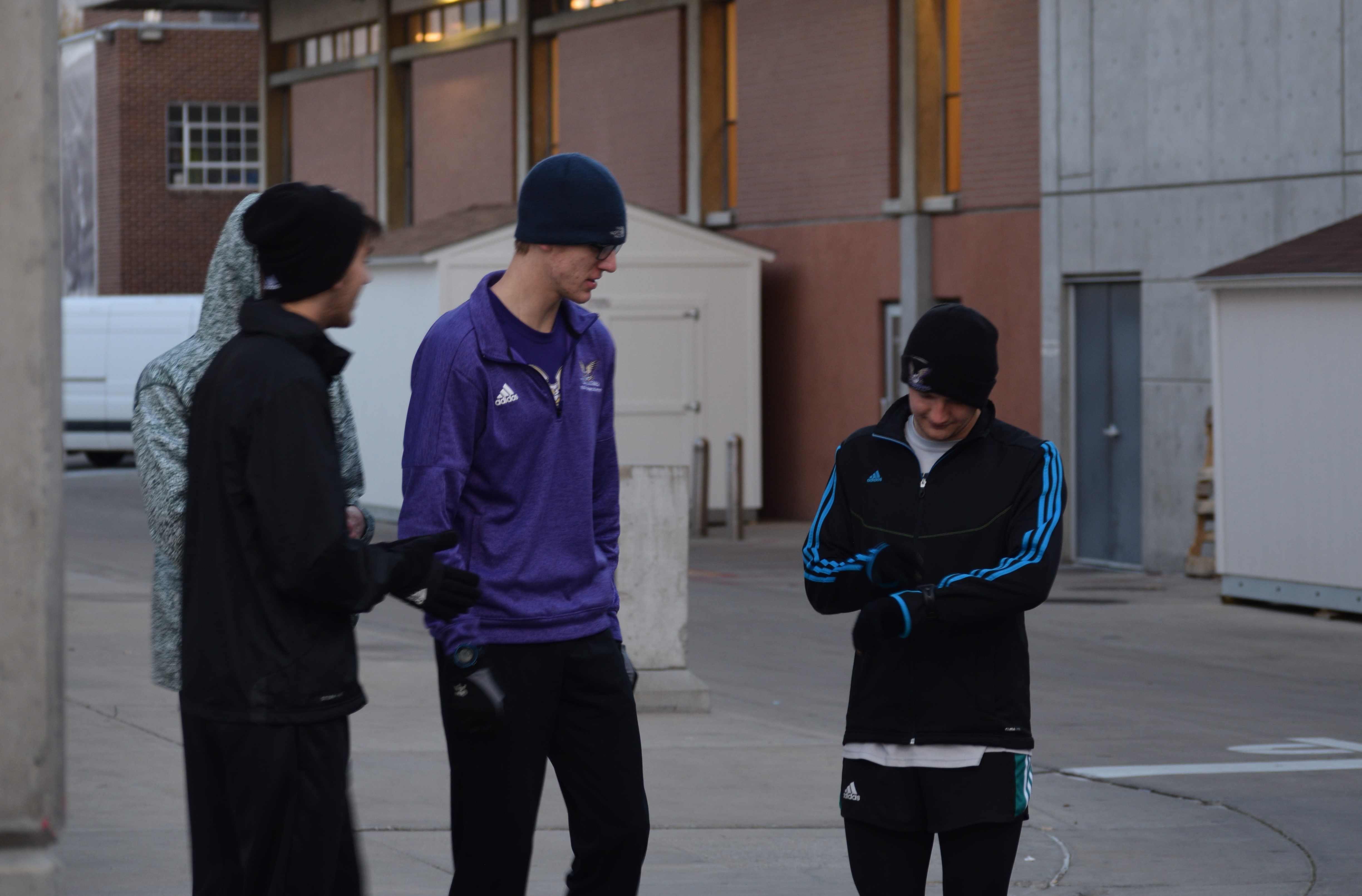 While Westminster College has taken steps to improve its track and field training facility, athletes are still forced to train off campus.

Westminster cross country team and track and field team still train at Highland High School as the college’s current facilities do not provide distance runners and throwers with the necessary space, according to student athletes.

With the installation of the new turf, Westminster added a three-lane, 100-meter strip of track. Prior to this, the only track the college had was an indoor oval on the second floor of the Dolores Dore Eccles Health, Wellness and Athletic Center (HWAC). Athletes said that while this section is useful for select events, it still leaves other team members without an on-campus full track.

“We love the three lanes, but I mean they go a hundred meters from the concrete end to the concrete end,” said Blake Katona, a junior finance major. “It’s like one quarter of a track, which is like really nice for doing warm-ups and doing hurdle things for the hurdles, but that’s about the only people it helped.”

Katona is a thrower on the track team and said that while the turf at the college allows short distance runners to train, as a thrower he is forced to train at Highland’s throwing facility.

Throwers are not the only athletes who are limited by the college’s current facility. Eric Mellmer, a senior English major and track athlete, said that long distance runners require more space to train.

“The 100 meter strip doesn’t really benefit the distance team in their training,” Mellmer said. “The only thing that we really do on that strip is when we go out on the field to warm up for our mileage.”

Mellmer also said that the team is fortunate to be able to use Highland’s facility, but it would be worthwhile for the college to eventually install a full track on campus. He said, however, that space may be a problem.

“There is an issue as to where it would go,” Mellmer said. “Could we do a whole track around Dumke or would we have to maybe put a track above the Jewett parking lot? But I definitely think that going forward it is something that we should consider.” 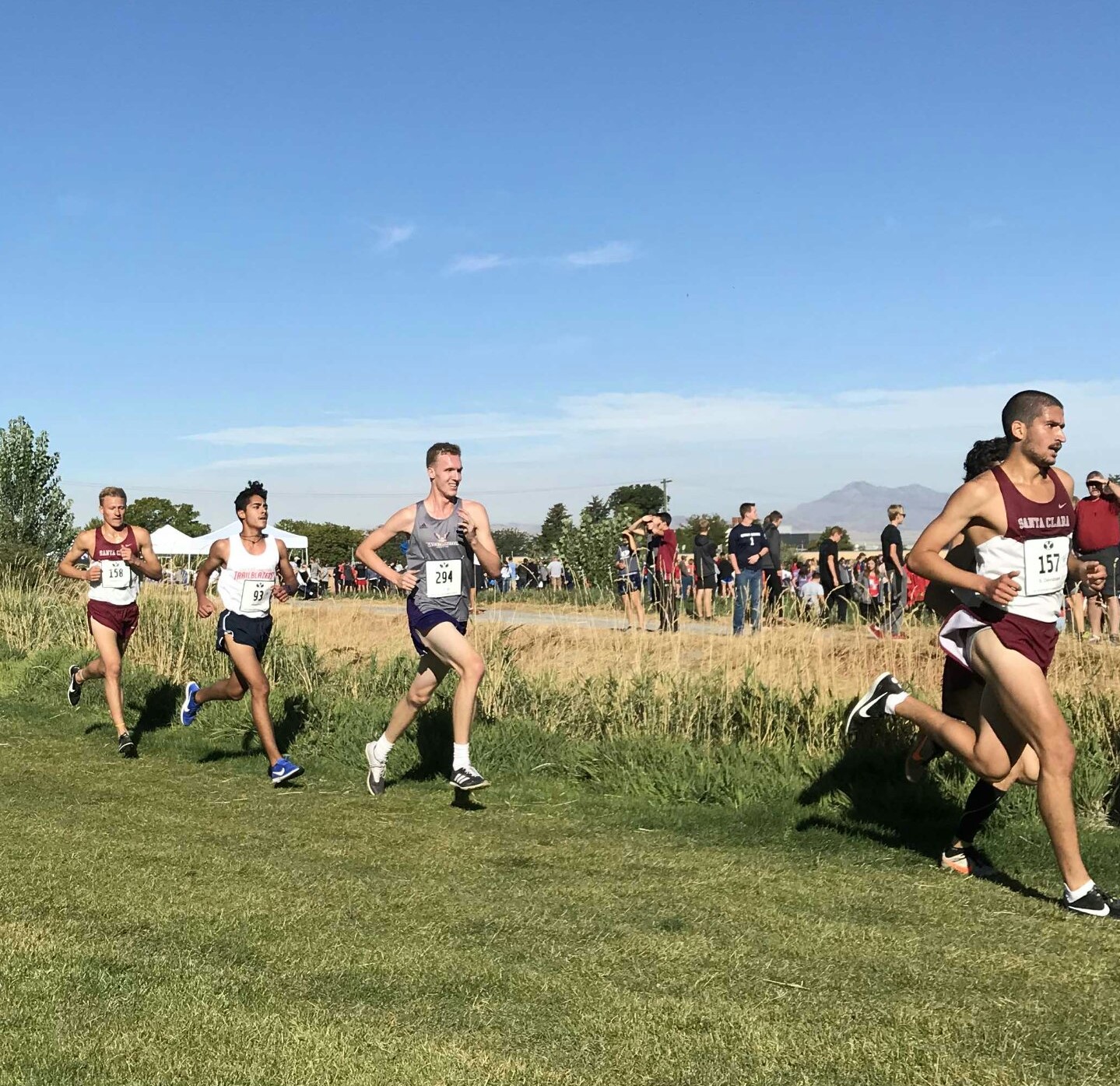 Allison Wright is a junior criminology and psychology major and a sprinter on the Westminster track team. Wright said that the college’s lack of track facility sets the team behind others in the area.

Wright also said that having to train at a high school hinders the experience of being a college athlete.

“A lot of the times they think we are part of the high-school when we should be these prestigious collegiate athletes, but we’re stuck on basically a high school level,” Wright said.

Wright said that not having a full facility has an impact on prospective athletes who tour the college. She said the lack of an on-campus facility can be a deterrent.

“I talk to a bunch of recruits when they come on campus and stuff and a big reason I see a lot of recruits not coming to Westminster is because we don’t have that facility,” Wright said. “They ask, ‘Okay, are we going to go see the track next?’ and I say, well we have the indoor track.”

Wright said that there would be many benefits to a full-sized track and training facility on campus.

“We would get more recruits, more money for the school,” Wright said. “We are still very small, we still barely make the numbers to be able to go to meets and stuff, so I feel like we would have a great program if we had the facilities.”

Shay Wyatt, the director of athletics at Westminster College, said that the college is working to improve the track program.

“We are where we want to be roster wise,” Wyatt said. “Now we are working to improve the quality of the track program.”

Wyatt said that while the track lanes that were added to Dumke Field do not accommodate everyone on the team, they have been highly beneficial to the program, and have helped to reduce the time athletes train off campus.

Wyatt also said that the physical size of Westminster’s campus plays a role in its lack of facilities.

“I would say that the college footprint [plays a role],” Wyatt said. “We don’t have the space to put in a full-sized track.”

*A previous version of this story incorrectly credited a photo taken by Hannah Painter.