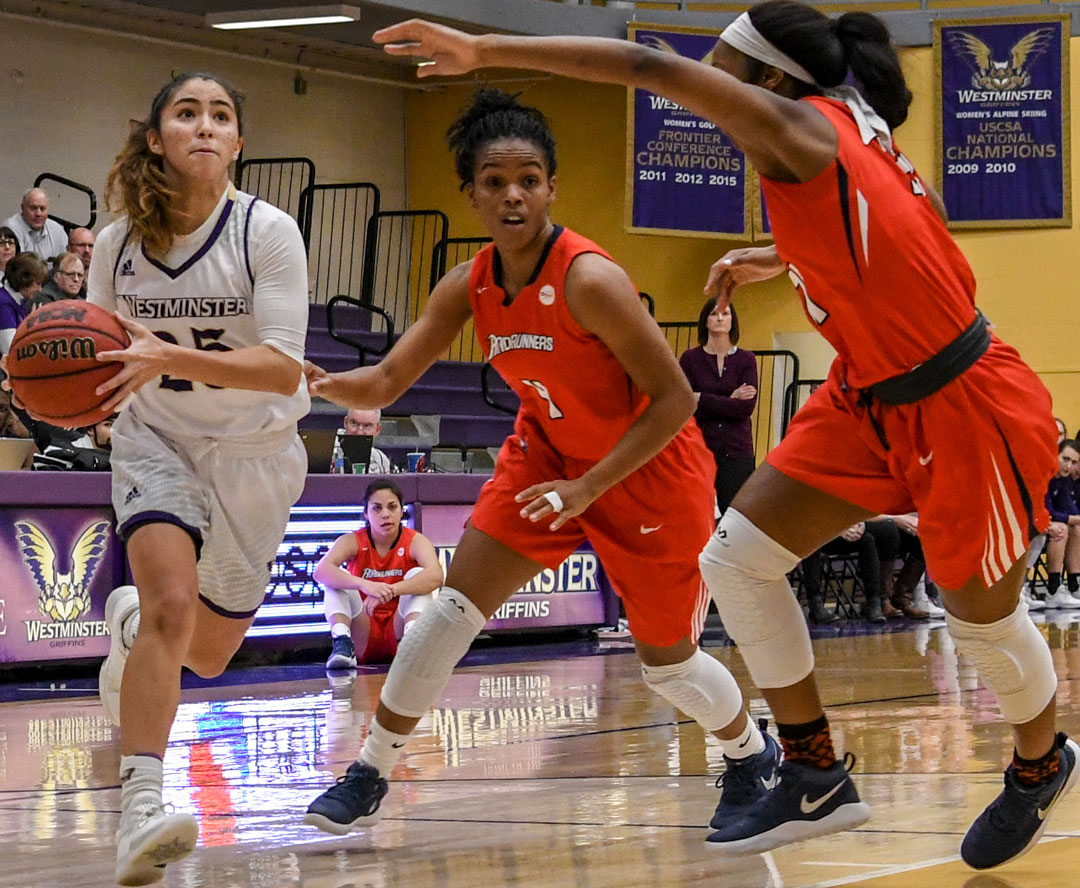 NCAA Division I athletic programs have the largest athletic budget and the most enrollment of any university athletic programs, according to a recruiting fact sheet from the organization. However, that may not stop students in Westminster College’s Division II program from moving on to professional leagues.

Westminster began the three-year transition process from the National Association of Intercollegiate Athletics (NAIA) in 2015 and currently plays in the Rocky Mountain Athletic Conference (RMAC). NCAA is larger and made up of bigger schools and universities than NAIA is, and the competition is perceived to be tougher.

Though Division I has a higher level of competition than Division II does, it doesn’t mean athletes from Westminster won’t ever play professionally, said Dayon Goodman, a senior justice studies major and basketball forward.

“It’s not impossible and it happens all the time,” he said. But, he noted, “It is probably more common in Division I.”

“Most likely I would like to go to Iceland,” Gonzalez said, noting that to make it pro, an athlete “needs to work at it every day.”

Whether overseas, the NBA, the Gatorade league or one of the minor leagues, it takes a great amount of hard work to play professionally — and students’ chances are greater within Division I because those games are scouted more and the competition is greater, said Norm Parrish, the head coach of the men’s basketball team.

“But it is possible to do it from Division II,” Parrish said. “Like, Dayon Goodman was the player of the year in our league this year and he’ll have several opportunities to go play, but that is not the norm.”

Goodman confirmed he is already considering opportunities to play professionally.

“Agents have called me, hit me up on social media, but I am looking at agents that the coaching staff already know,” Goodman said. “Whether it is in the United States or overseas, as long as I can keep playing I will play wherever.”

Josh Pittman, the head men’s soccer coach, said several of his players have gone on to play Major League Soccer in the United Soccer League (USL).

“The USL is a strong league and is geared more towards players from the collegiate level,” he said. “They have to be very good and very committed.”

For most student athletes at Westminster, they would rather focus on their academics anyway rather than competing after college, said Denise Larson, the head women’s golf coach.

“I’m done with sports; that’s the plan,” he said. “I got into the [University of Utah] medical school and I will start in August.”

Orchard, who came to Westminster from Utah State University (USU), said there’s a huge difference playing at a Division I level compared to a Division II level. He said he was required to practice two hours a day at Westminster during the season compared to nearly the entire day at USU.

“[Westminster] was a lot better for me because I am able to focus on academics,” he said.