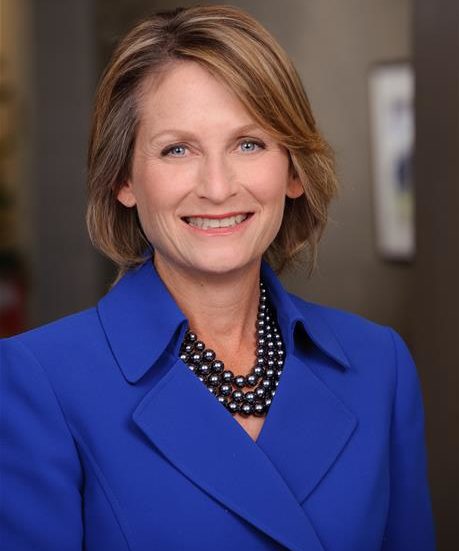 Westminster College’s Board of Trustees announced its decision Monday to hire Bethami (Beth) Dobkin, Ph.D., as the college’s 19th president — making her the second woman to hold the position.

Dobkin comes to Westminster from Saint Mary’s College of California, a private, Catholic university with approximately 4,000 students. She has served there for the past 10 years as the provost and vice president of academic affairs.

“I am honored to serve as the next leader of this impressive institution,” Dobkin said in a statement on Westminster’s website. “…I look forward to working with the Westminster community to provide students with an inclusive and supportive education, one that challenges students to create, innovate, and lead with passion and integrity.”

The search for the new president began soon after President Steve Morgan announced his decision to retire in September, after 37 years at Westminster and three years as president. The search was closed to the majority of the campus community, meaning only those on the Presidential Search Committee were involved in the decision.

Mark Rubinfeld, a sociology professor and faculty senator at Westminster, told The Forum in an email that he thought the process was a bit unusual.

“With the exception of [current President] Steve Morgan’s promotion to president from interim president, every presidential search I’ve been a part of in my 14 years at Westminster and prior 16 years in academia have either been open searches throughout the entire search process or, at least, once the finalists were chosen,” he said.

The Presidential Search Committee was comprised of members of the Board of Trustees and other college representatives, including administrators, staff members, faculty members, students and alumni.

In a statement emailed to students Monday morning, the Board of Trustees thanked the Presidential Search Committee for its “thoughtful and in-depth work” and praised Dobkin’s accomplishments in higher education.

“Dr. Dobkin is a proven change maker in higher education whose values align perfectly with the things that matter the most to us at Westminster,” the Board wrote in its statement. “She brings successes in student enrollment, retention and graduation rates along with a passion for the power of education to develop human potential and create a more just world. The college welcomes her fortitude in tackling big challenges, and the board is confident her vision aligns with Westminster’s strategic goals for the future.”

Dobkin led an increase in enrollment, retention and graduation rates at Saint Mary’s College, according to Westminster’s website. She has also received national recognition for “her research and teaching in the area of media and conflict.”

Inauguration celebrations will be planned for the fall, but faculty and staff will have the chance to welcome Dobkin at a meet and greet in the Alumni House in April.