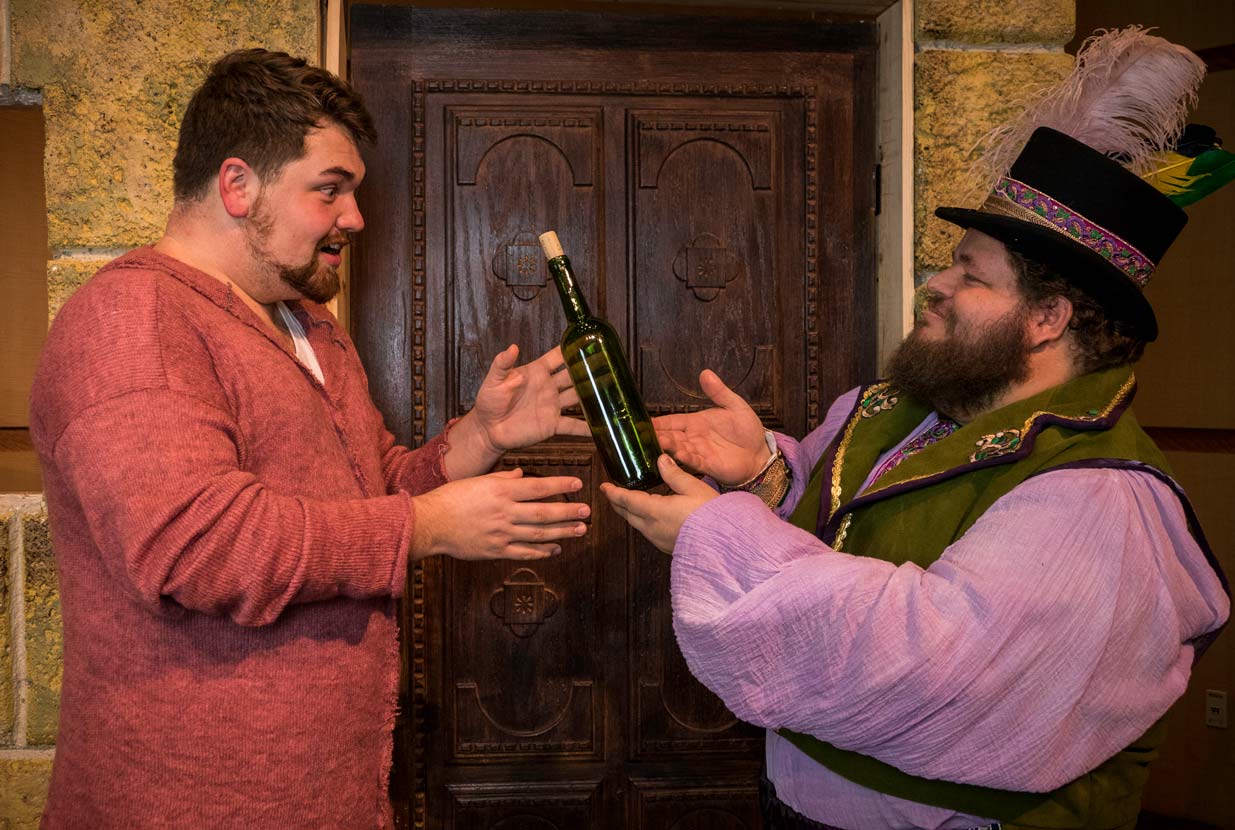 Eric Taylor, a senior vocal performance major, performs a scene with fellow actor Gregory Watts in the Westminster College opera production “Elixir of Life” on Jan. 15 in the Vieve Gore Concert Hall. Taylor plays the show’s main character, Nemorino, and said the elixir that helps his character gain hope for the future is similar to the hope that Operation Underground Railroad gives to survivors of human and sex trafficking. (Photo courtesy Chase Palmer)

Westminster College’s latest opera production took on a greater purpose than just entertainment during its performances Friday and Saturday.

The production, “Elixir of Love,” donated its proceeds to Operation Underground Railroad, an organization that works to rescue and provide aftercare to victims of human and sex trafficking.

“We want our students to use their art for a greater purpose,” said Marc Reynolds, the opera’s director. “Helping them utilize not just the moment in a performance to reach the world but using that to then connect with other organizations.”

Reynolds said this empowers students to see the influence they can have on an audience and in their community. 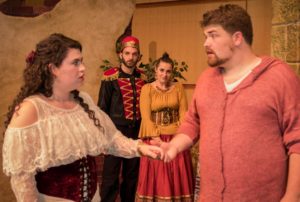 Hannah Stokes, Brennon Nelson, Val Tholen and Eric Taylor reenact a scene from Westminster College’s opera production “Elixir of Love” on Jan. 15 in the Vieve Gore Concert Hall. This year, the opera program donated some of the money from the show’s ticket sales to help survivors of human and sex trafficking. (Photo courtesy Chase Palmer)

Though the show doesn’t involve human or sex trafficking, Reynolds said the connection between the two is hope.

“This light that comes [in the show], that seems to match that same mission of [Operation Underground Railroad] — bringing hope to these people,” Reynolds said.

In “Elixir of Love,” the show’s main character, Nemorino, uses a bottle of wine that helps him get what he wants out of life and gives him hope for a good future.

“The main theme of the ‘Elixir of Love’ is really just finding that thing that is our own personal elixir,” said Eric Taylor, a senior vocal performance major. “I feel like this Operation Underground Railroad is, so to speak, that elixir — that thing that is going to help get these children from this horrible point A that they’re at to be able to help them get to point B.”

In collaborating with Operation Underground Railroad, Reynolds said the opera was able to bring hope to these victims, inform the Westminster community about human and sex trafficking and connect with a unique audience.

“Collaborating with them, we get an audience that probably would never look at the Westminster Opera page,” Reynolds said. 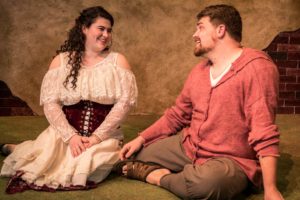 Westminster College students Hannah Stokes and Eric Taylor perform scenes from the college’s opera production of “Elixir of Love” in the Vieve Gore Concert Hall on Jan. 15. “Elixir of Love” tells the story of Nemorino, an underdog played by Taylor, who tries to win the heart of Adina, played by Stokes. (Photo by Chase Palmer)

“Problems that we’re working through right now in society in this time in history have always been the same,” Taylor said. “History repeats itself, so we’re constantly going through the same things over and over and we think they’re such unique problems to us. But when we’re able, through [opera], to connect ourselves to our world past, [we] see that we have before and we will again triumph these hardships.”