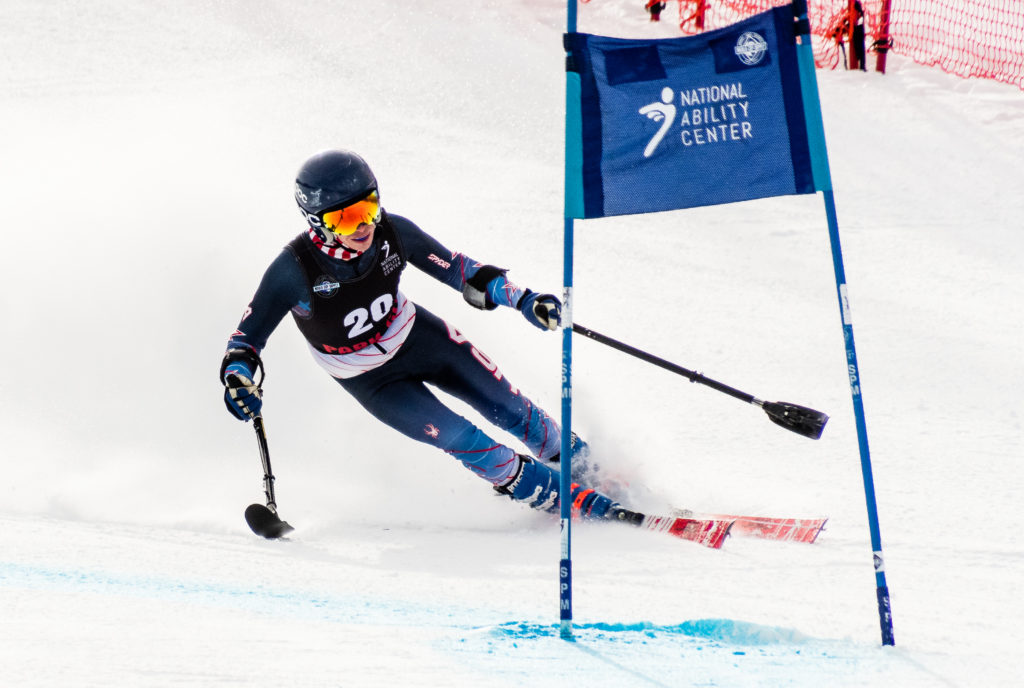 Andrew Haraghey, a senior public health major, races at Park City Ski Resort as a competitor in the Huntsman Cup World Para Alpine Ski Races on Feb. 1. The race provides athletes like Haraghey, who represented the U.S. at the Paralympics this year, with the opportunity to qualify for the Paralympics. (Photo courtesy Dave Obz)

Top athletes competed in the 2018 Winter Paralympic Games in Pyeongchang, South Korea this past March — including at least one student from Westminster College.

“It was a great honor to be wear the uniform and be able to compete under the U.S. flag,” said Haraghey, who has been skiing since he was eight years old and competing since age 14. “It was kind of awesome, and there’s not another country I would want to do it for.” 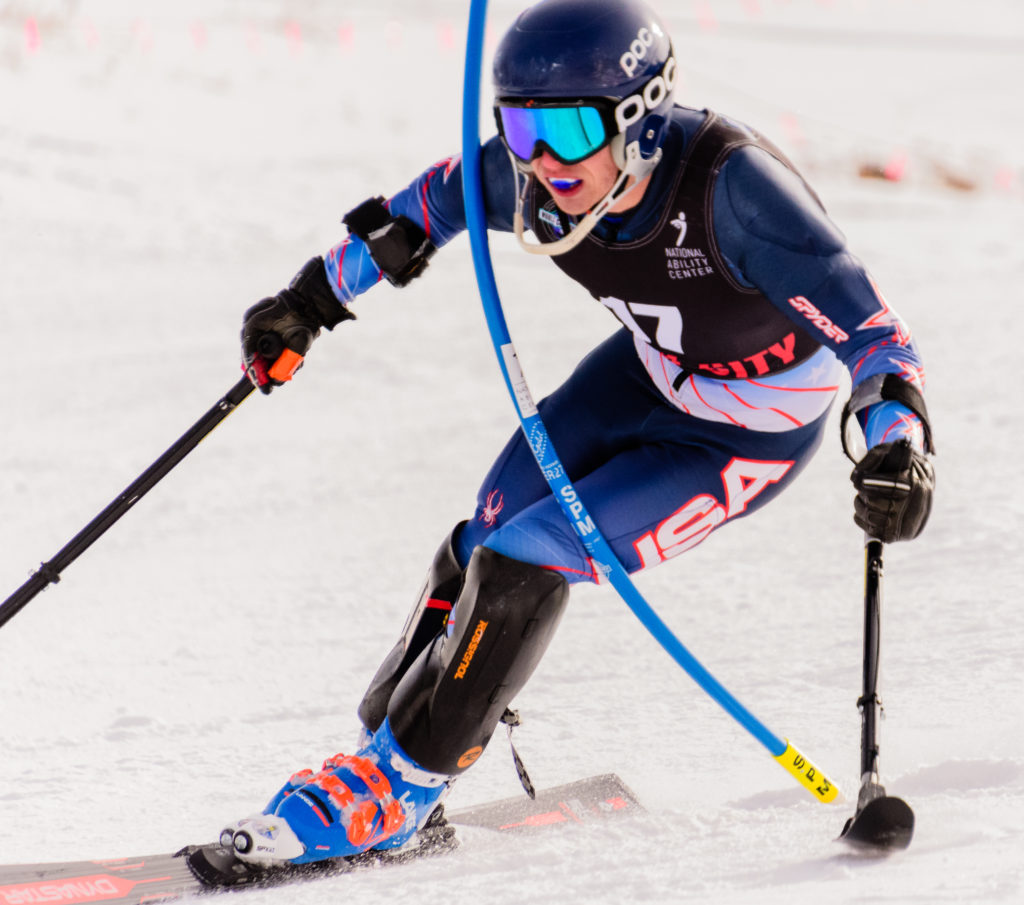 Andrew Haraghey, a senior public health major, competes at the Huntsman Cup World Para Alpine Ski Races at Park City Ski Resort on Jan. 31. Haraghey, who has been skiing for majority of his life, recently competed at the 2018 Paralympics games after qualifying at the Huntsman event. (Photo courtesy Dave Obz)

Erik Leirfallom, Haraghey’s coach, said his dedication and commitment to the sport led him to become a Paralympic athlete.

“I was so proud of him,” said Leirfallom about seeing Haraghey compete. “It was super cool knowing that for so many years that’s been his goal — not only to get there and compete at the Paralympics but have a run or two that he could be proud of.”

The Forum sat down with Haraghey to talk about his passion for skiing and his experience at the Paralympic Games. This interview has been lightly edited for clarity and conciseness.

A: I kind of feel like it levels the playing field a little bit for me. Just every day tasks because of my disability I can’t quite keep up with some people, or like my walking pace is slower or that kind of thing. But as soon as I can get on skis I’m smokin’ people.

Q: What does skiing mean to you?

A: It means kind of freedom and a little bit of escape. [It] gives me that opportunity to do what I want to do. I don’t really feel hindered all that often when I’m skiing, whereas during normal daily tasks sometimes I do. And so it kind of gives me that escape from my boundaries a little bit — gives me something where I can keep pushing myself and where I can keep getting better and where I don’t have as many boundaries.

Q: What was the process to qualify for the Paralympics?

A: It was a long process. I mean, it started four years ago, after the last one. Like, it’s kind of a non-stop process and kind of chipping away trying to get to the rank you need to be at in order to be competitive. So it’s a long process. There’s a lot of ups and downs. Sometimes there’s more downs than it seems there are ups but it’s kind of something you got to stick with, keep working hard and eventually it paid off.

Q: How do you think your races went?

A: I mean, all things considered where I’m at, it’s only my third international level event in my racing career so far. I’d say it went pretty darn well. So for a first game I’m happy with it and planning to do better for [the] next one.

Q: What was it like to compete at the Paralympic level?

A: Stressful for sure. I didn’t realize it until kind of I looked back afterward — especially after I got some coach feedback after my first race, the downhill. I was told, ‘That’s the most nervous I’ve ever seen you ski,’ so that was kind of like, ‘Okay, maybe I am a little bit nervous.’ … We think it was because of the food but I’m starting to think it was because I was nervous. I ended up puking the night before my race. [Also], especially because in the adaptive ski racing world, during the usual circuit, we don’t get quite as much coverage. So all of a sudden having all that coverage there to ramp things up, it made me nervous. But luckily I was able to compete through it and kind of do well.

Q: What was your favorite thing about competing in the Paralympics?

A: I know in the videos I don’t look excited, but that’s what I had to do to keep my mental game solid at the time. But there’s a lot of excitement just rolling through the finish and like getting the crowd and having all the grandstands and thinking, ‘Wow I get this opportunity.’ So that was kind of awesome.