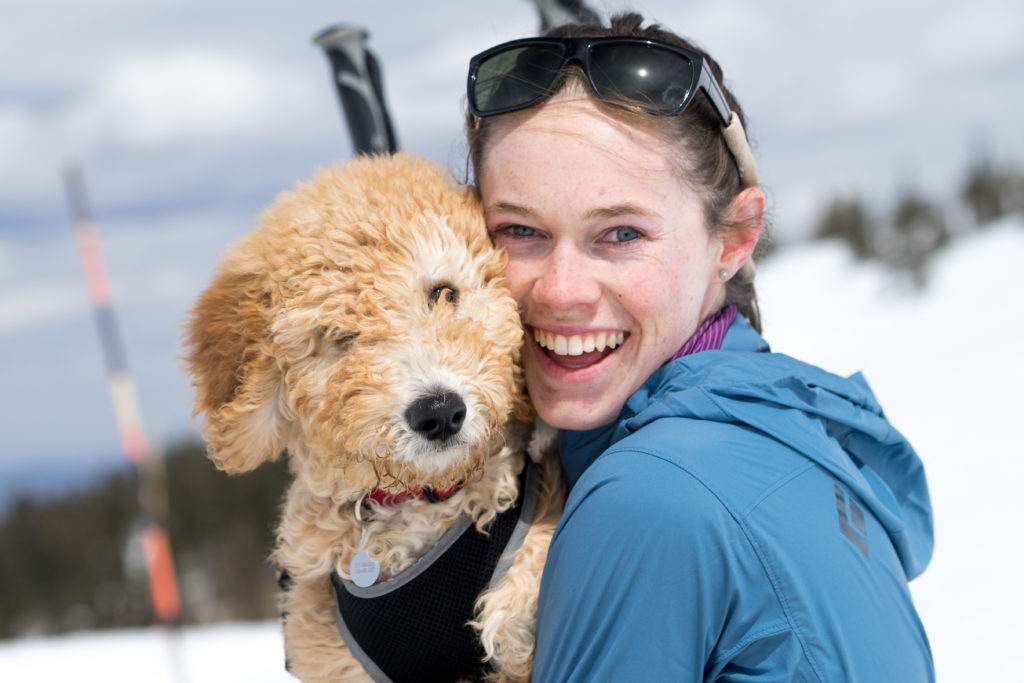 Lily Wolfe, a senior communication major, holds her new puppy, Ellie, on a snowy day. Wolfe is a member of the newly-established DogSpotting Facebook group at Westminster College and said she thinks the school has a particularly dog-friendly culture. (Photo courtesy of Matt Chirico)

“You can get a little upshot of fun every once in awhile during your day,” said Whitby, a sociology major. “The fact that the community is so close, it’s nice seeing your friends interact with dogs and thinking, ‘Oh I might run into that dog later today.’”

A few times a week, Facebook group members post pictures of dogs they’ve seen across campus, with a caption letting people know where they spotted the canine. The posts date back to September 2017, and the page has been growing in popularity ever since.

Lombard, a political science major the group’s co-admin, said she and Whitby created the group as a way to help the community interact with one another and find dogs across campus.

“No matter how bad a day someone is having, you will be able to see a dog and make it better,” she said.

Lily Wolfe, a senior communication major and human to puppy Ellie, said she thinks Westminster has a particularly dog-friendly culture compared to other campuses.

“I think it attracts more dogs and dog lovers,” she said. “It’s a never-ending cycle. The more people see people with their dogs on campus, the more dogs on campus there are.” 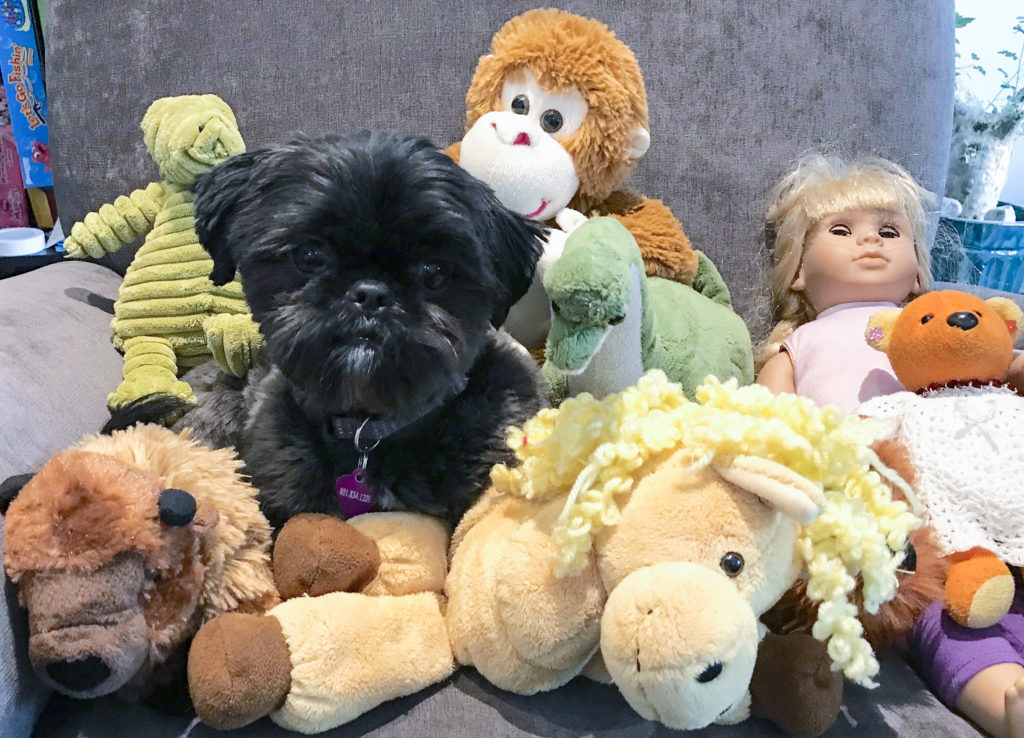 Jaimi Butler surprises her dog Roscoe as he hides in a pile of her daughter’s toys. Butler, the coordinator for the Great Salt Lake Institute, said Westminster’s DogSpotting Facebook page is a great addition to Westminster’s distinct dog-friendly environment. (Photo courtesy Jaimi Butler)

Wolfe, who’s a member of the DogSpotting group, said she sees that culture reflected especially among staff members on the page.

“It is like the therapy bay,” she said. “Not just students, but faculty and staff come when they have a crappy day and need to take Mesa for a walk or see Roscoe.”

The DogSpotting Facebook group currently has over 480 members from across the campus community, including professors, students and staff.

“[The page] triangulates students with staff and faculty,” said Bonnie Baxter, a biology professor and human to Mesa, a dog who has gained campus recognition since being featured in the DogSpotting group. “It is a real indicator of Westminster culture.”

Baxter said Westminster’s dog culture is also a signature of a healthy campus community because of the positive effects animals can have on students’ mental health. Everyone can laugh and enjoy the cuddly pets while retaining responsible dog ownership, she said.

A 2017 study of more than 3.4 million people, published in Scientific Reports, found that dog owners live longer and have a lower risk of death due to cardiovascular disease, according to an article in TIME Magazine.

“Students have periods of stress and may be away from home where they may have a pet,” Baxter said. “For some students, having dogs they can visit regularly, walk, or cuddle makes a real positive impact on their lives while at college.”