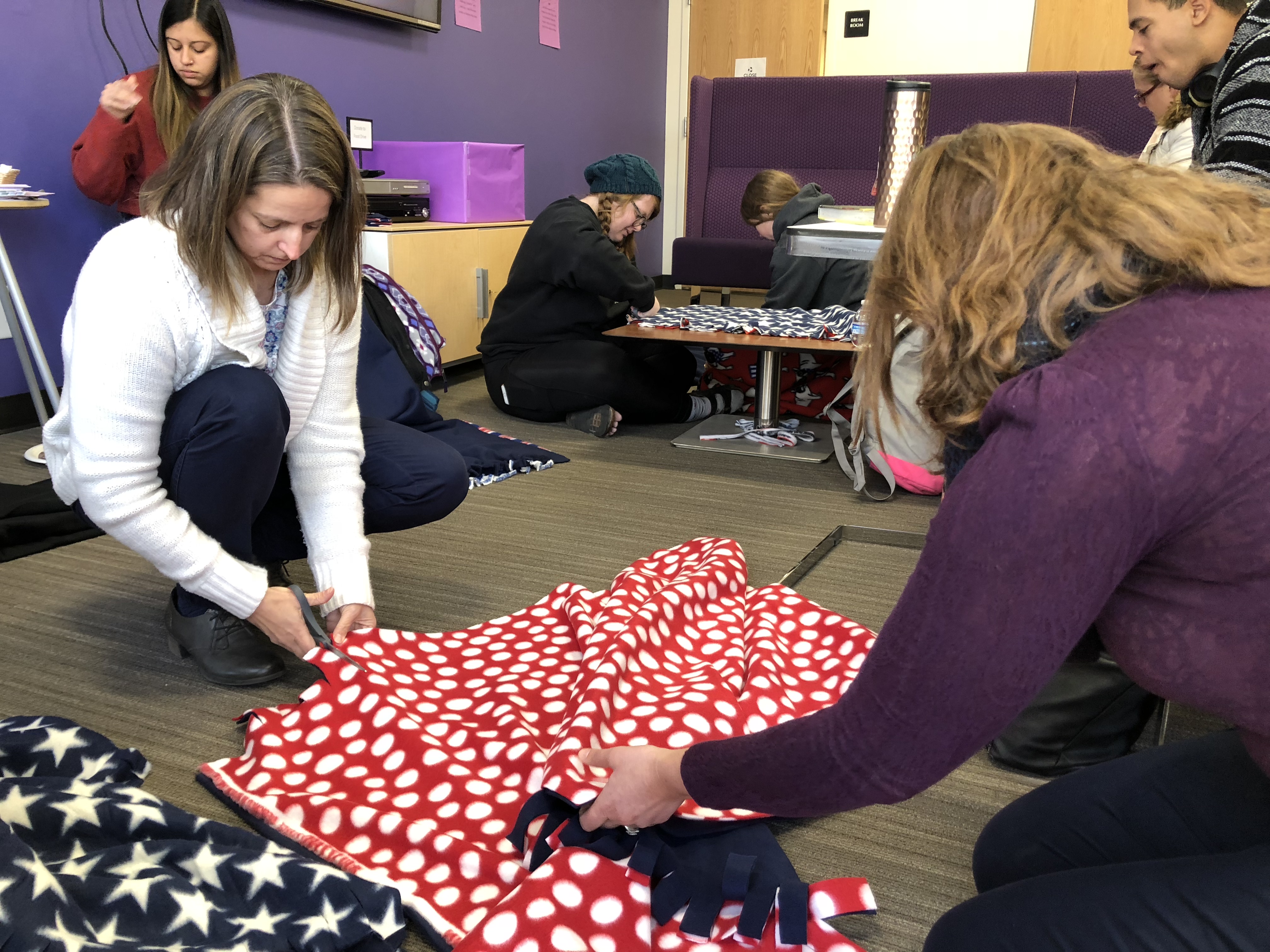 Westminster College students tie quilts to be donated to the VA hospital at the college’s Center for Veterans and Military Services on Nov. 12. The Veteran and Military Service Admissions office hosted the service project as part of its Veterans Day celebrations. (Photo by Makayla Kirk)

The Westminster College community honored Veterans Day with a service project to make fleece blankets, writing letters to veterans and donating to a food drive. The activities were hosted by the Veteran and Military Services Admissions Nov. 12, 2018.

The donations were given to the United States Department of Veterans Affairs (VA). The campus community was also able to pick up a yellow ribbon to show support for our troops as individuals.

“Veterans Day is an opportunity to bring visibility to some of the service and sacrifice of our service members and veterans,” said Sylvia O’Hara, director of Veteran and Military Services Admissions at Westminster. “Sometimes it kind of stops short of any sort of action.”

O’Hara and the Veteran and Military Services Admissions at Westminster said they conducted this project take action. 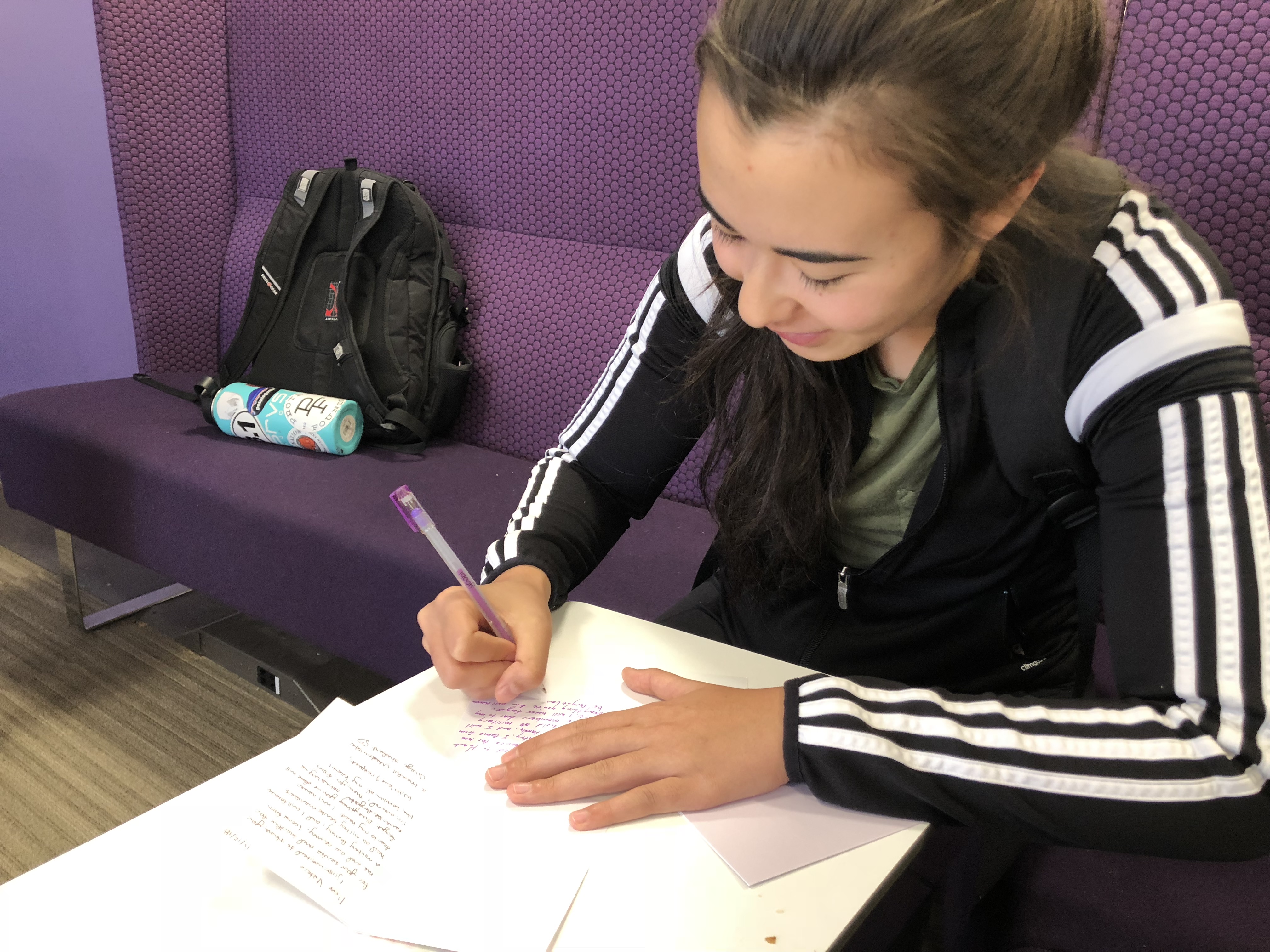 A Westminster College student Sophie Ganassin writes a letter to a veteran at the Center for Veterans and Military Services on campus on Nov. 12. The letters will be donated to the VA Women Programs, and the event was part of Veterans Day celebrations on campus. (Photo by Makayla Kirk)

“Rather than just a thank you for your service and having it end there, doing something where we can engage, we can mingle, we can talk, there can be dialogue but we can also take that next step of having there be some action that will possibly impact the veterans’ community,” O’Hara said.

Veterans Day is a day to honor American military forces and veterans who have sacrificed, according to the military webpage. Veterans Day was first created as Armistice Day, a holiday in the U.S. to honor the end of World War I, which was Nov.11, 1918.

This year marks 100 years since the end of World War I.

“Fewer and fewer people are serving,” O’Hara said. “It’s volunteer military and some of the sacrifice that goes on with the military service is quickly becoming invisible. The history of Veterans Day is people sacrificed for the greater good.”